0 Kommentare March 7, 2022by Jens
Hey, guys! Just a heads up: The linked offer is already a bit older and the price of the gadget might have changed or it might not be available anymore.

The Powkiddy X39 Pro is the what-knows-how-fourth console from the Powkiddy brand. The offer is getting more and more confusing. The hardware is rather modest and suitable for 16-bit titles, but there is an HDMi output and the possibility to connect controllers. 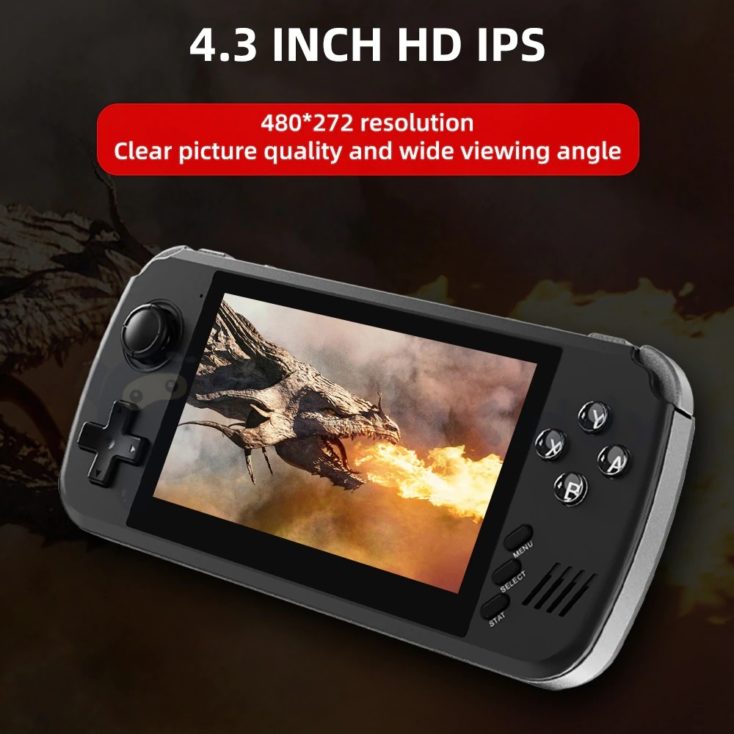 After my tests of the Anbernic RG552 and the GDP XP, I was almost used to the fact that new consoles now simply come with a Full HD display and Android OS. Okay, but the models also cost 200-300€. The Powkiddy X39 goes in a completely different direction – which is okay, the intended use is also different.

The console has a 4.3-inch IPS display with a resolution of 480 x 272 pixels. What doesn’t sound much at first glance is absolutely sufficient for most old consoles (SNES and older). The first Gameboy had a resolution of 160 x 144 pixels – you can’t really imagine that today. The operating system is Linux-based again.

The console has an ATM7051 processor with four cores and 900MHz clock speed. In addition, there is a simple 128 MB RAM and also only 128 MB of storage capacity. That is also sufficient for most games, but still conspicuously little. Adding a bit more power shouldn’t really cost the earth. The battery has a capacity of 2500 mAh. 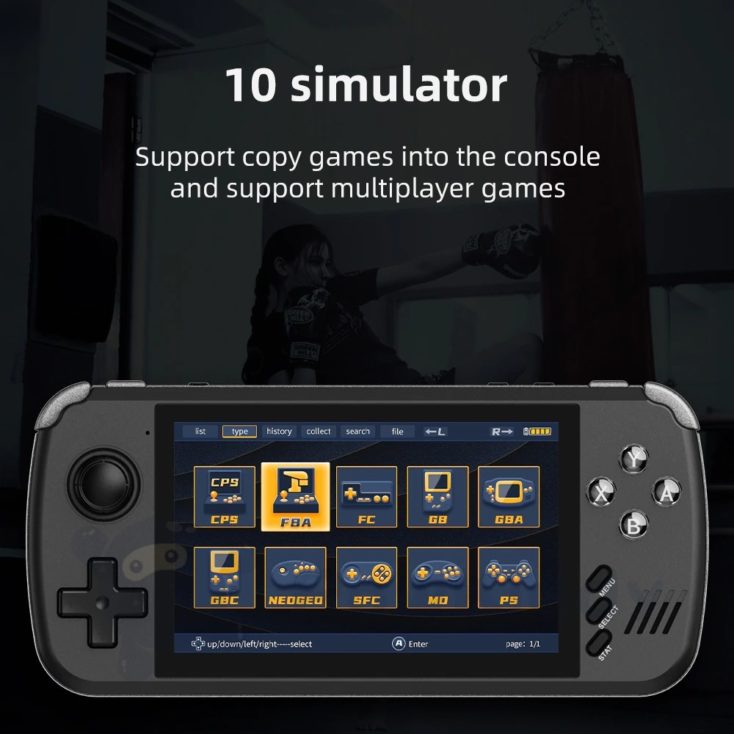 The list of pre-installed emulators mainly includes consoles from the late 80s and early 90s. Different Gameboy variants are there as well as SNES and Sega Megadrive. A PS1 emulator is apparently also available, but I think it’s a rumor that Playstation games will run here.

One advantage of the console might be the HDMI output. This allows games to be played on the TV, which doesn’t necessarily look good with the size of modern TVs and Gameboy games, but is desired by many gamers. According to the description, you can even connect two controllers to the console (there are two USB-A ports on the bottom) and thus play together on the TV. 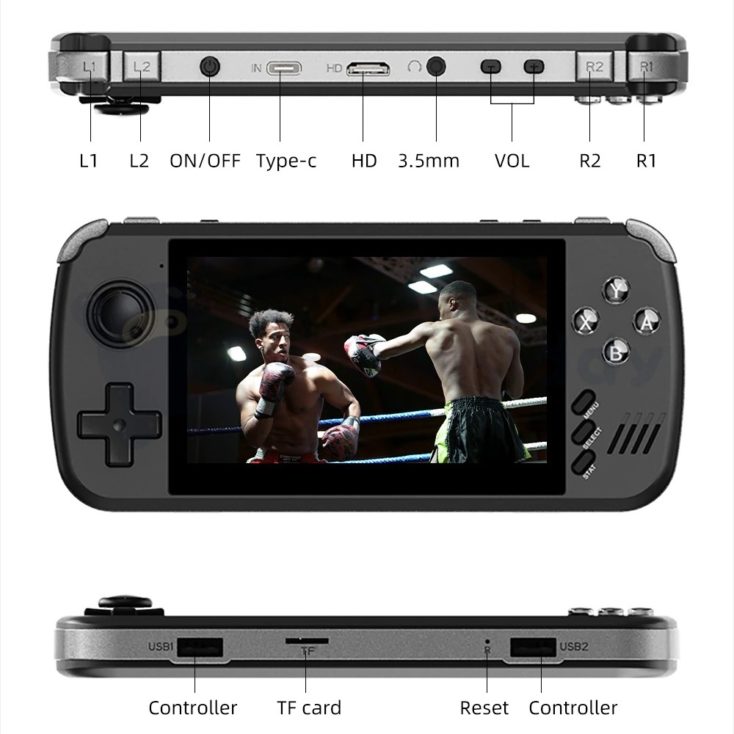 Other ports include a headphone jack and a USB-C port. There is also a micro-SD card slot. As for buttons, we have the directional pad on the left and A/B/X/Y on the right. There is only one analog stick, but you usually do not need one for 8-/16-bit games anyway. The same goes for the shoulder buttons. There are internal keys on both sides, but very few games make use of them. It doesn’t bother that the keys aren’t in a row, which usually makes them easier to reach.

It’s almost a “classic” retro console without many bells and whistles and with surprisingly little computing power. But if you just want to play your favorite games from back then, you don’t really need it. There are other options for Playstation, N64 and everything that came after.

The Powkiddy X39’s HDMI output and the possibility to connect additional controllers are particularly striking. In addition, the price is around $45, at least at AliExpress.