1 Kommentare October 27, 2019by Tim
Hey, guys! Just a heads up: The linked offer is already a bit older and the price of the gadget might have changed or it might not be available anymore.

The Chinese company Qihoo 360 recently announced its intention to withdraw from the smartphone business and focus its core business entirely on the smart home segment. With its 360 S5, S6, S7 and S7 Plus models, the company has made a name for itself as a Roborock and Xiaomi competitor with vacuum robots. For comparatively little money, you get concentrated technology here – does this also apply to the newly introduced 360 X90? 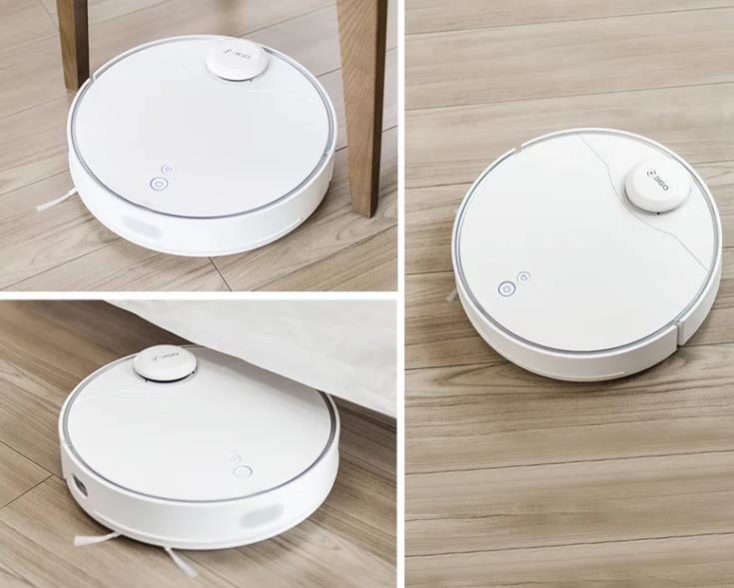 In addition to the usual vacuum robot functions of a top manufacturer’s model, such as app control, scheduling of working times and automatic retrieval of the charging station, the X90 raises the question of the justification for the existence of the vacuum robot in Qihoo’s product range – and also on the market. The suction power of 2200 pa is no real reason for a new model, even 24 built-in sensors together with a new ultrasonic sensor only indirectly impress. More exciting is the floor storage.

We know this function from the Deebot Ozmo 950 and of course it is only relevant for house owners of several floors. But of course this target group does not want to do without this function, unless you want a robot to work individually on each floor. The electric vibration water tank is exciting, but not a world first either, as a result the robot is able to exert some pressure on the floor as with manual wiping. The amount of water dripping from the water tank onto the microfibre cloth can also be adjusted in the app (three levels).

Qihoo 360 is often reproached for having copied a lot from Roborock, in fact the manufacturer is even further ahead with some features. Fortunately, the water protection mat has been copied to protect the floor and the charging station, this is included in the scope of delivery and known from the Roborock models. When using the wiping function, this is actually a must in the scope of delivery of every vacuum / wipe hybrid model. Unfortunately, the senseless disposable wipes are also part of the game, which are a no-go from an environmental point of view and have already bothered me with other models.

For the first time with remote control

In addition to app control, the X90 can also (for the first time with Qihoo 360) be controlled manually via a remote control. Using OTA technology (“Over-the-Air”), the X90 has a simple update procedure. Firmware updates and thus new functions are loaded onto the robot via WLAN. To do this, the robot must be at the charging station so that the battery performance does not diminish during the download.

The software also includes carpet detection, which enables the vacuum robot to detect carpets underneath itself and then increase the suction power to the maximum. The brush head on the underside rotates and pushes dirt and debris in the direction of the V-shaped main brush before dust and co. find their way to the 0.5 l dust chamber. If the battery power decreases without the cleaning being completely completed, the robot automatically returns to its station, recharges the battery and continues cleaning.

The laser room measurement via LDS (laser distance sensor) should allow a detailed live mapping. But you will notice it yourself: The X90 lacks the great new features, but it offers the maximum range of functions currently available.

So far it is unclear whether the vacuum robot will also be available for us, but Qihoo 360 has so far brought every model onto the European market – including CE marking and a good price-performance ratio. The first point of contact for the purchase of the models is normally GearBest. An entry-level price between $350-400 can be expected, which could be a worthwhile investment for a model with such a range of functions. In fact, the X90 is not uninteresting, here the price will make the difference.