0 Kommentare August 31, 2021by Lars
Hey, guys! Just a heads up: The linked offer is already a bit older and the price of the gadget might have changed or it might not be available anymore.

Good illumination of the desk is important to protect the eyes from fatigue. If you have space problems and want to prevent glare, you should use a lamp that is attached directly to the monitor. For this purpose, the manufacturer Quntis has the L206 for desktop monitors and the EEE12 especially for laptop monitors in its range as an affordable solution. 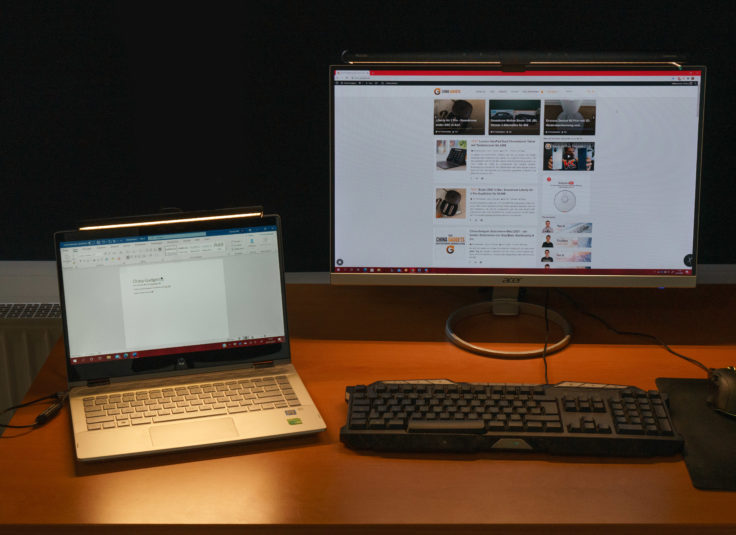 I like the look of the desk lamp, the matte black is simple and makes the lamp body look valuable. This is made of aluminum alloy, is 52 cm long and has a diameter of 2 cm. The mounting clip is plastic with a metal piece attached to the bottom, which provides enough counterweight. This is just a detail, but I like that the USB-C cable has a fabric sheath and is even two meters long. 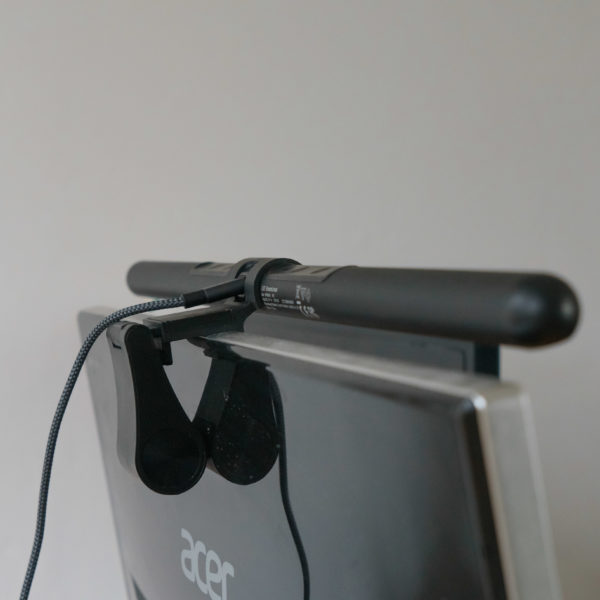 I do not find the way the monitor lamp is attached to be optimally solved. The light tube has to be wedged into the round piece of plastic and it’s damn hard to get it out of there again, but it’s better than it being too loose. Depending on the thickness of the screen, you can extend the clip or put a clamp in between. It’s all a bit of a hassle, but you can actually attach the lamp to any PC monitor, including thicker curved monitors. 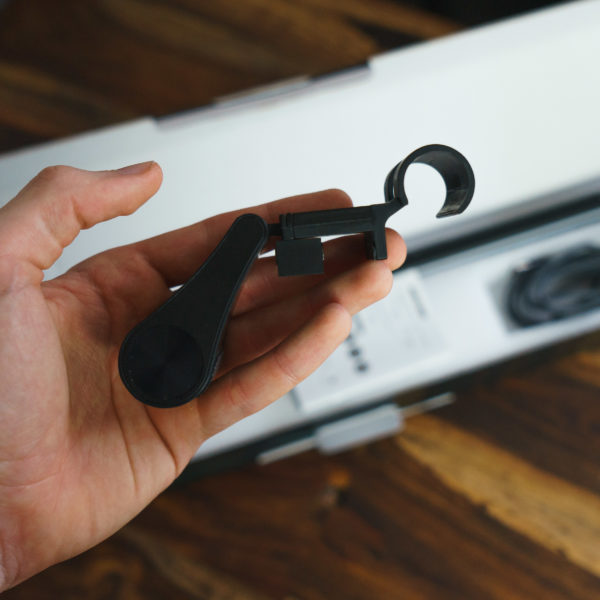 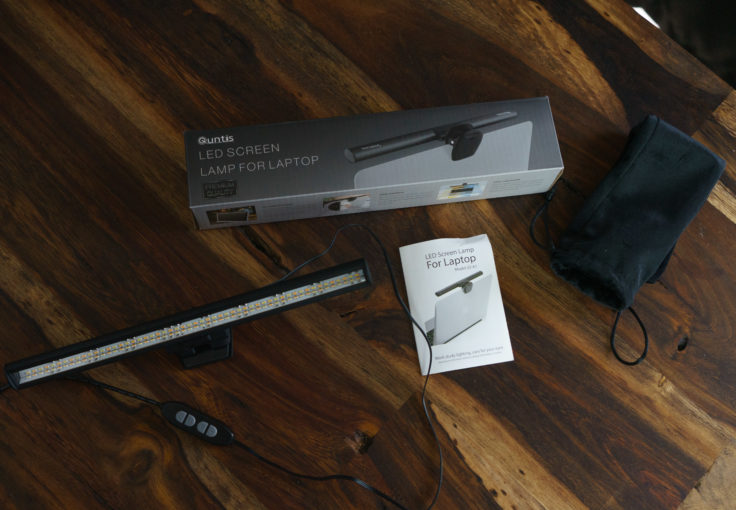 This lamp is only suitable for laptops, firstly because of the size and secondly because of the clip, which you can think of as a hair clip. This can only be opened by about 1.5 cm, too small for desktop monitors but wide enough for laptops. There is a small notch on the clip so that the webcam isn’t covered. Quntis seems to have paid a lot of attention to detail. 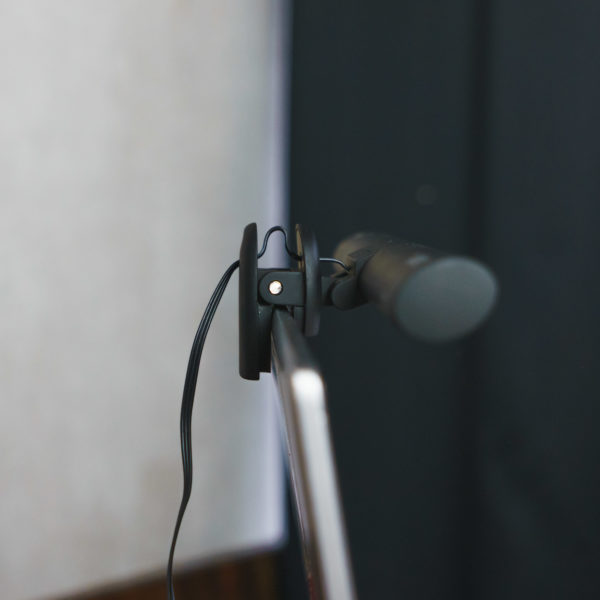 The lamp is controlled using the touch-enabled buttons on the notched upper side of the lamp body. On the left, brightness and color temperature can be continuously adjusted from 3000K-6500K. On the right is the power switch and next to it is the button that turns on the automatic brightness. 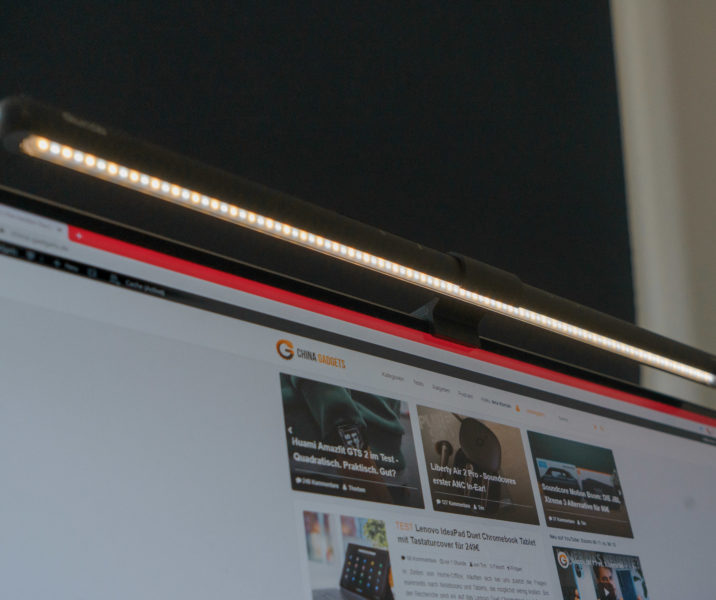 The EEE12 has a 70 cm short USB 2.0 cable that plugs into the laptop, but also works with an AC adapter or powerbank as long as it is powered by 5V/1A. On the cable is also the control unit, which can be used to make all the settings on the lamp. The color temperature can be changed in three steps and the brightness in ten steps with a maximum brightness of 300 lux, according to the product description. 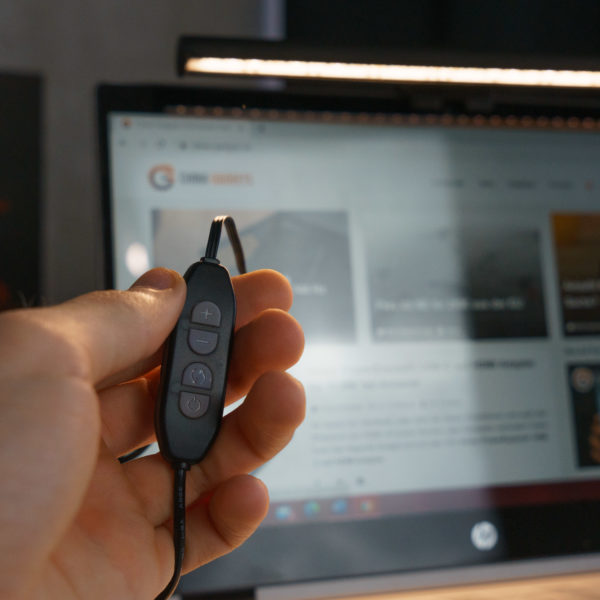 The beam angle of the L205 is relatively narrow, which has an advantage, but also a disadvantage. The advantage is that you are not blinded at any time and no light falls directly on the screen. The disadvantage is that the light cone does not illuminate the desk completely evenly. Unfortunately, the lamp cannot be tilted upwards far enough because the cable would otherwise be in the way. Turned upwards as far as it will go, it is just enough to not illuminate the screen. 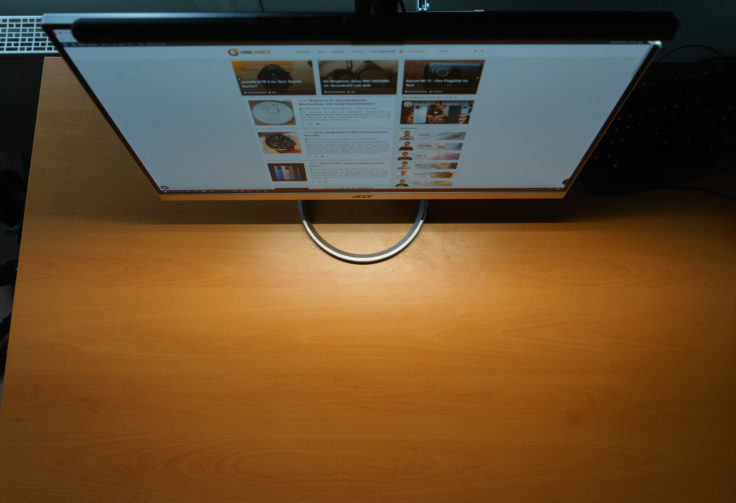 Adjusting the brightness and color temperature is a bit annoying. It works smoothly, but it is very slow and you have to keep your finger on the button the whole time. I really like the automatic brightness adjustment. There is a small sensor at the top that measures the ambient brightness and illuminates the desk accordingly. Thus, the contrast between the monitor and the work surface is never too high, which is good against fatigue. 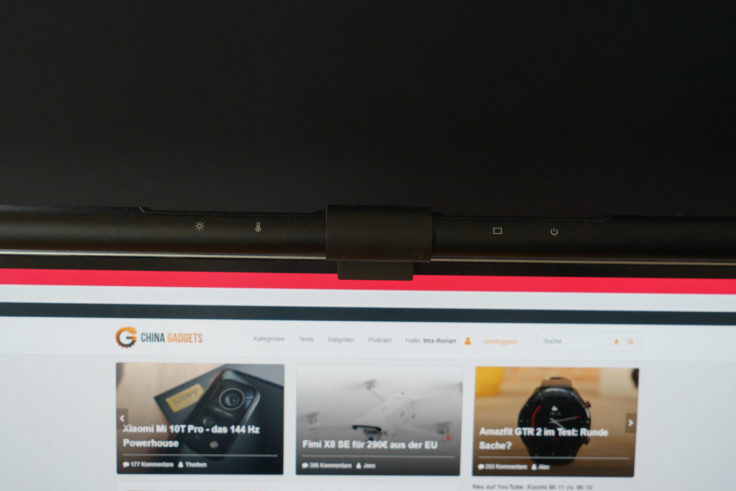 The brightness of the lamp is definitely more than sufficient and the work surface is illuminated relatively evenly over a large enough area. However, the EEE12 has a few points of criticism: The edges of the light cone are greenish-brown, which is really annoying when writing, and the color reproduction is also not as on point as that of the L205 monitor lamp. 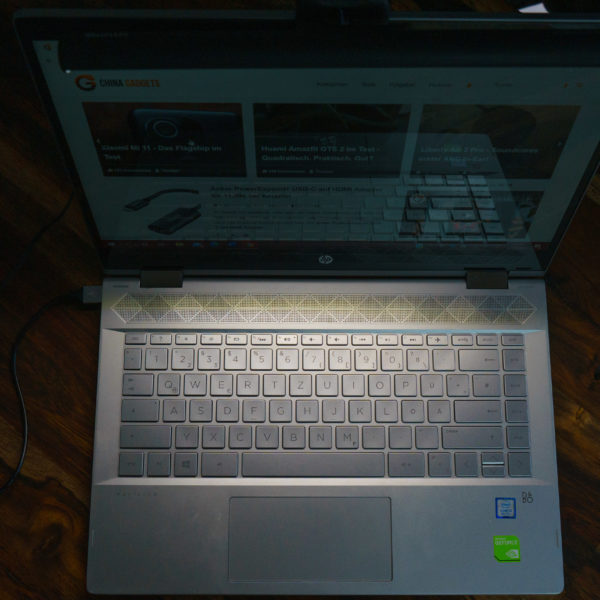 Initially I praised the notch for the camera, but unfortunately the monitor lamp is visible on the picture of the webcam, at least the light from the lamp doesn’t affect the picture quality. 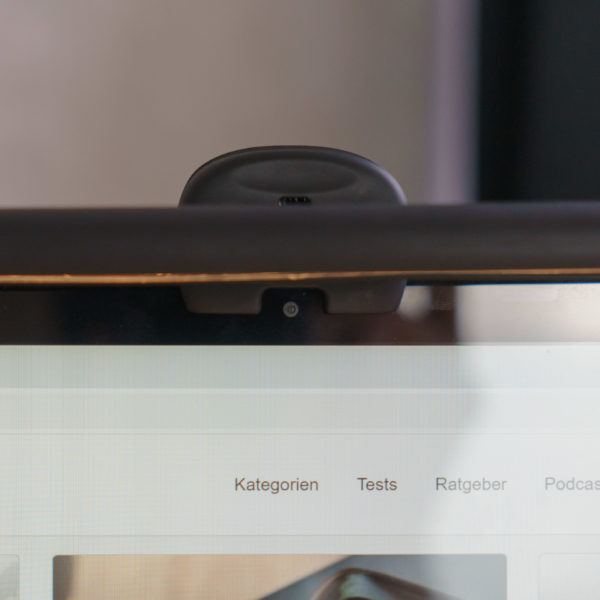 You can do little wrong with the Quntis L206 monitor lamp. With the automatic brightness control and the unobtrusive, dark design, you always have an illuminated work surface and quickly forget that it’s even there. However, you have to make deductions for the operation and the mounting. If you’re looking for a new desk light and especially value functionality, I can recommend the L206.

I have a bit of a hard time with the Quntis EEE12 laptop lamp. Color rendering and even illumination leave something to be desired. The opening for the webcam is nice, but the fact that you can still see it in the picture dampens my joy again. The mounting and functionality is good, but I wouldn’t use it for mobile use. I think you can use it at most when you work in the home office on the laptop, it is a cheap alternative, because most monitor lamps can not be attached to the laptop.