0 Kommentare April 30, 2018 by Maike
Hey, guys! Just a heads up: The linked offer is already a bit older and the price of the gadget might have changed or it might not be available anymore.

The Raspberry Pi 3 Model B has integrated WLAN, Bluetooth Low Energy and a faster 64-bit-ARMv8 CPU compared to its direct predecessor. A Raspberry is no ordinary buy-and-use gadget, the Mini-PC offers various application possibilities, but is rather something for hobbyists and information technology enthusiasts. 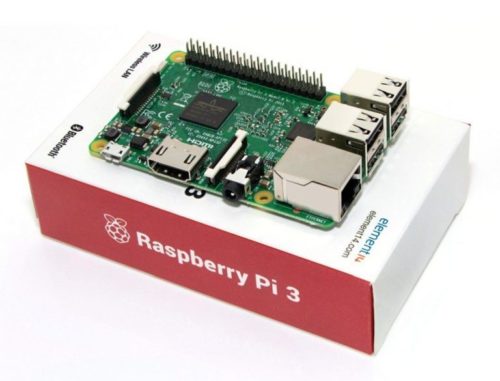 Technical data of the Raspberry Pi 3 Model B

The areas of application are so versatile, in principle there are no limits. Tinkerers and programmers have already done a lot with the Raspberry Pi, thanks to HDMI and Full HD support it could often be used as a media center, it could also be programmed as a power-saving NAS server – as said the inventor has almost no limits. You can find the most adventurous Raspberry projects on the Internet, from MP3 players to voice-controlled coffee machines! Just have a look around the vast pages of the internet and you’ll find enough inspiration as to how to use your Raspberry Pi 3 Model B 🙂