RC bunny with small carrot made of building blocks for $28.99

0 Kommentare April 29, 2019by Jens
Hey, guys! Just a heads up: The linked offer is already a bit older and the price of the gadget might have changed or it might not be available anymore.

This robot is going to kill you… with CUTENESS! A bit strange, but also a bit cute is this motorized RC Bunny. Just have a look at his little carrot. Aaaaawwww! 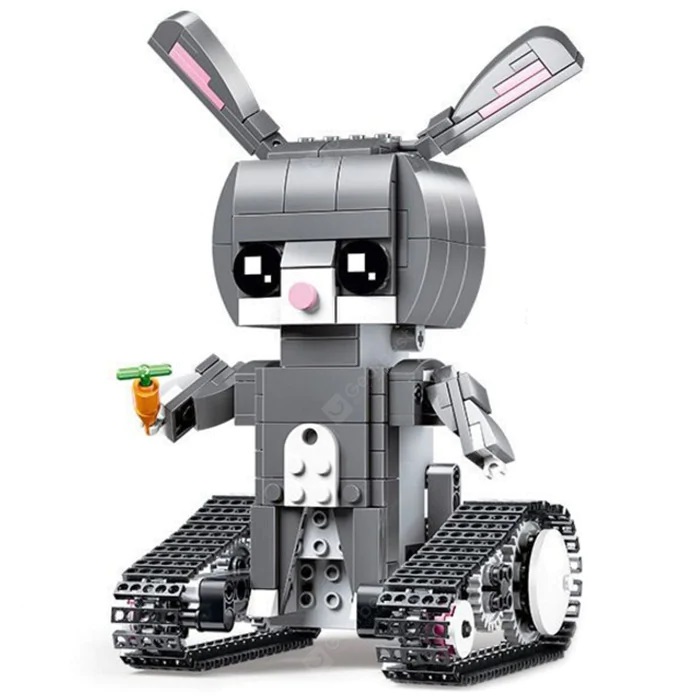 Yeah, Easter’s over again. But this RC bunny is cute all year round, as is the also available giraffe.

It’s a simple kit made of so-called “building blocks”, which would certainly benefit from a shorter, more distinctive name. “Blocko” or something. The exact number of the individual parts is unfortunately not mentioned, but based on the pictures I would simply estimate about 200.

The core of the whole is a central engine block, in which you probably have to insert batteries. The motor then drives the chains through which the rabbit and giraffe inexorably move forward to destroy everything that gets in their way. 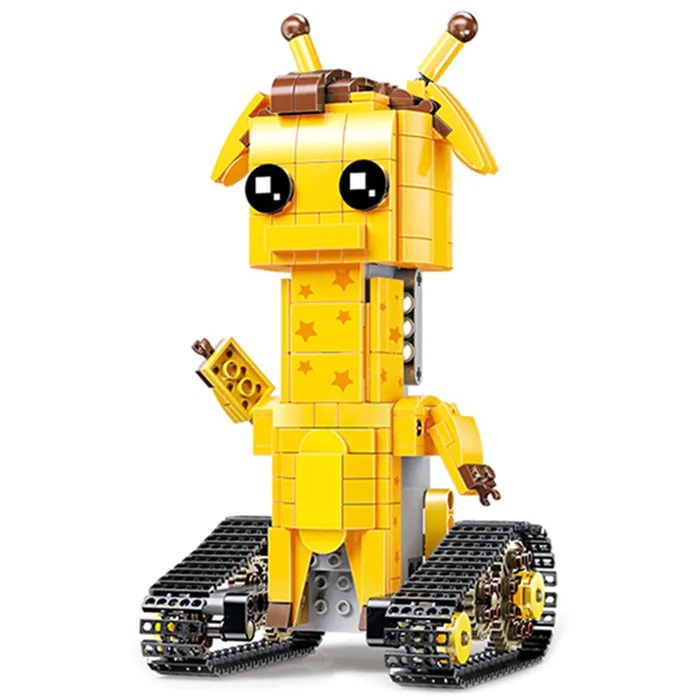 You can control them with a small remote control. The commands are limited to simple forwards and backwards as well as turns on both sides. For the price of less than $30 still more than many other kits can.

Of course, the target group here are children. The minimum age is given here as six years, but parents themselves know best when their little ones are old enough for the small building blocks. There is not much that can be said about the material: it is probably the same ABS plastic that is used by other manufacturers.

If you are looking for more sophisticated models, take a look at the Mitu robots. Some of them consist of well over 1000 parts and also offer adult “play children” hours of fun while setting up.