0 Kommentare March 19, 2022by Thorben
Hey, guys! Just a heads up: The linked offer is already a bit older and the price of the gadget might have changed or it might not be available anymore.

Besides the continuation of the realme GT series, they have also continued the number series. With the realme 9 Pro+, the manufacturer not only relies on unnecessary name extension (what the hell is Pro+?), but also on a new MediaTek processor. The right choice? 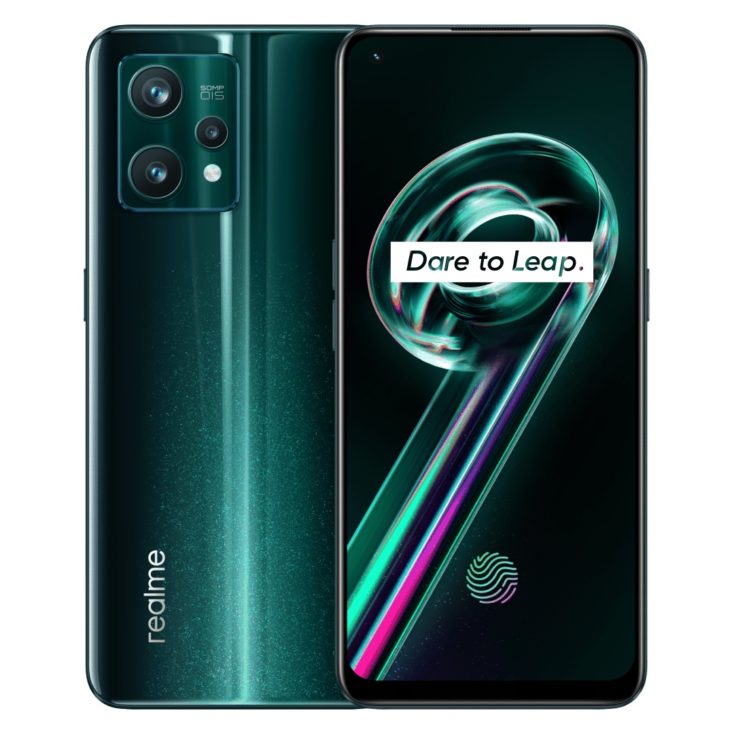 The realme 9 Pro+ runs under the slogan “Capture the light”, which is also supposed to reflect the new back. “Reflecting” is a good keyword, as the back already ensures that. It is available in Aurora Green, Sunrise Blue and Midnight Black and changes color when exposed to sunlight. The camera design speaks the current realme & OnePlus design language with two larger camera sensors that run linearly and a smaller sensor next to it. It is relatively thin at 7.99 mm, which is reflected in the weight of 182g.

The screen diagonal of 6.4 inches is almost below average. 2400 x 1080 pixels provide a pixel density of 411 ppi, and the sharp display is even protected by Gorilla Glass 5. It is almost surprising that the refresh rate is “only” 90 Hz, but the touch sampling rate is 360 Hz. “Only” refers to the fact that even the cheaper realme GT Master offers 120 Hz, just like the similarly expensive realme GT Neo2.

Is MediaTek the better choice?

Instead of installing a modern Qualcomm processor, as in the mentioned comparable real-world smartphones, the Mediatek Dimensity 920 processor is chosen. It was introduced in 2021 and is based on the Dimensity 900, which is still installed in the new OnePlus NORD CE 2. The 2.4 GHz clock rate promises a 9% performance boost compared with the predecessor. According to comparison tests, the SD 778 from the realme GT Master should perform better overall. In addition, there are 6 or 8 GB of working memory and 128 or 256 GB of UFS 2.2 storage. Too bad, the chip would even support UFS 3.1 memory. 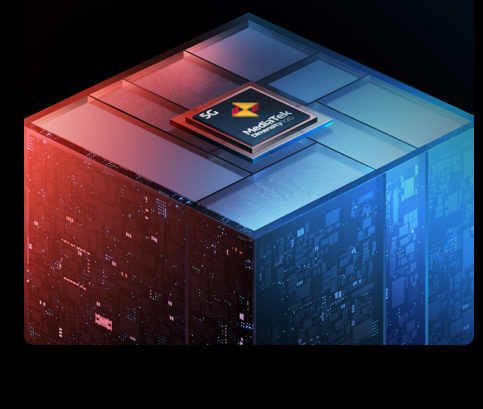 Realme’s own third-generation operating system realme UI is preinstalled on the mass storage. This is very similar to OPPO’s ColorOS and offers the same smart features and customization options. The OS is already based on Android 12. Thanks to the processor, the phone supports 5G, but also LTE, dual-band WiFi 6, Bluetooth 5.2, GPS and NFC. Unfortunately, a dual-SIM port does not leave room for a memory card, but there is USB-C, stereo speakers and even a 3.5 mm jack.

The battery turns out to be of average size with 4,500 mAh and can interestingly “only” be charged quickly with 60W. Although a 65W charger is included, the SuperDart Charge technology only allows 60W instead of 65W. That should still be enough to charge the phone completely in about 50 minutes. Wireless charging is unfortunately not available.

As we all know, the first step towards improvement is to admit the problem. This has been done by experimenting with the sensors for several phones now. The realme 9 Pro+ gets the Sony IMX766, which is also found in the realme GT 2 Pro flagship. The 50 MP sensor can capture quite a bit of light thanks to the ƒ/1.8 aperture. In addition, there is a 2 MP macro camera (boo!) and an 8 MP ultra-wide-angle camera with a 119° shooting angle – after all. The front-facing camera offers a 16-megapixel resolution for selfies. 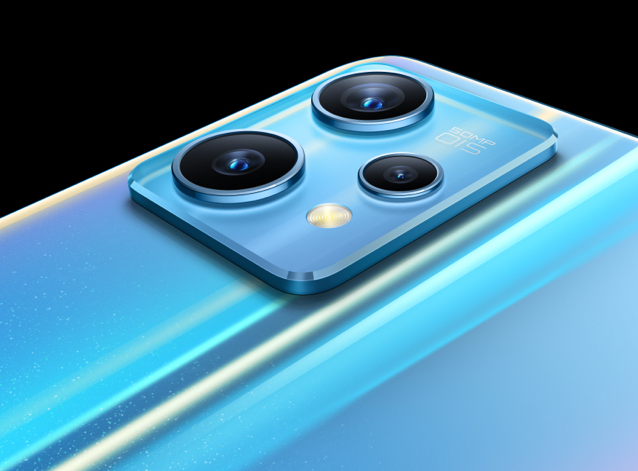 The realme 9 Pro+ is probably supposed to be the “camera smartphone” of the lineup and puts its focus on that with the “flagship sensor”. While we of course welcome that, some of the other specs confuse us. Yes, the processor seems strong enough, but probably can’t keep up with the SD778 from the realme GT Master, which you can get all the time for under 300€. Also, charging is a bit slower with 60W and then it is “only” 90 instead of 120 Hz. Thus, it does not make much sense in the realme lineup, but it might be the better choice compared to the OnePlus NORD CE 2, even though it is a bit more expensive.