0 Kommentare August 23, 2021 by Fabian
Hey, guys! Just a heads up: The linked offer is already a bit older and the price of the gadget might have changed or it might not be available anymore.

Smartphones, smartwatches and now notebooks. realme releases its first laptop with the realme Book. Intel processors, a 1440p screen and a 3:2 aspect ratio sound promising. Is it possible to shine directly with the first model?

There are no experiments with the design of the first model and a classic aluminum case with brand lettering on the lid is used. However, there are two colors to choose from, the realme Book is available in “Real Grey” and “Real Blue”.

On the front we find the 14-inch 1440p (2160 × 1440 pixels) display, which comes with a maximum of 400 nits brightness and 100% sRGB coverage. A special feature is the aspect ratio of 3:2, which is particularly suitable for productive work. The change from the usual 16:9 ratio provides more vertical space, which means that documents or browser tabs have more room.

Directly underneath the display sits the backlit keyboard and touchpad. Hopefully, we will also get the keyboard in QWERTY format when it is released in Europe. Above the keyboard is the home button, which is equipped with a fingerprint scanner. 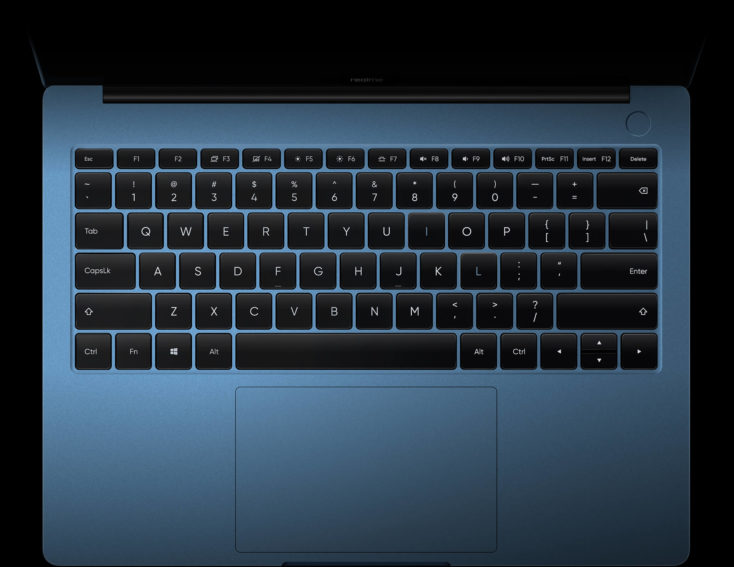 There are two speakers from HARMAN on the bottom, which you can now find everywhere. The webcam, which resolves with 720p here, has become especially important in the last year.

When it comes to hardware, the choice is between Intel i3-1115G4 or i5-1135G7 processors. The biggest difference between the two is the increase in cores, the i3 only has two, the i5 has four. The integrated graphics card also changes, the i3 still comes with the Intel UHD Xe G4 with 48EU (Execution Units = bigger equals better) and the i5 with the Intel Iris Xe G7 with 80EU. Both are no performance miracles, but they are completely sufficient for most applications. 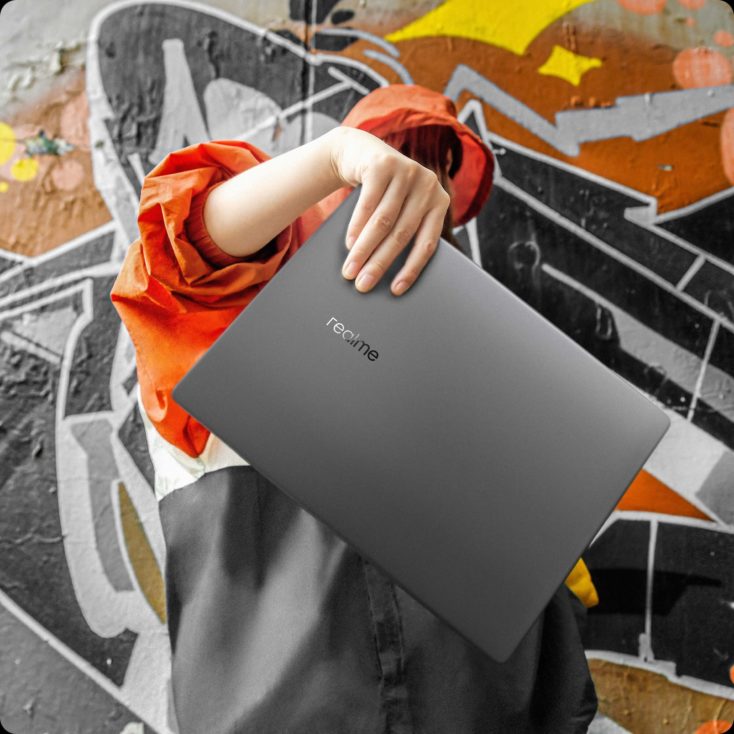 This is combined with up to 16 GB of DDR4 memory and up to 512 GB of PCIe SSD storage. The two processor variants differ here as well, because you get 3733 MHz working memory for the i3 and 4266 MHz for the i5.

Charging via USB-C with 65W

Realme promises a battery life of up to 11 hours, which of course depends on your usage. The notebook contains a 54 Wh battery. It can be charged via USB-C with the 65W charging adapter, but a 30W Dart Charge adapter is also compatible with the realme Book.

Realme also follows the industry and only installs four ports on the notebook. These include a USB-C with Thunderbolt 4 and a USB-C 3.2 Gen 2 port on the left. On the right side is a USB-A 3.1 Gen 1 and a headphone jack. Thus, users who want to connect a monitor or need Ethernet will have to work with a hub or dock.

Of course, the realme Book also has wireless connectivity options. However, the equipment differs again between the i3 and i5. In the i3 model, we have Bluetooth 5.1 and WiFi 5 (WLAN ac). The i5 is more modern with WiFi 6 (WLAN ax) and Bluetooth 5.2.

For realme smartphone owners, there is also a direct integration with the notebook. This is called PC-Connect and lets you mirror the screen of your smartphone to the notebook, display messages, and transfer files via drag & drop. A shared clipboard can also be set up. 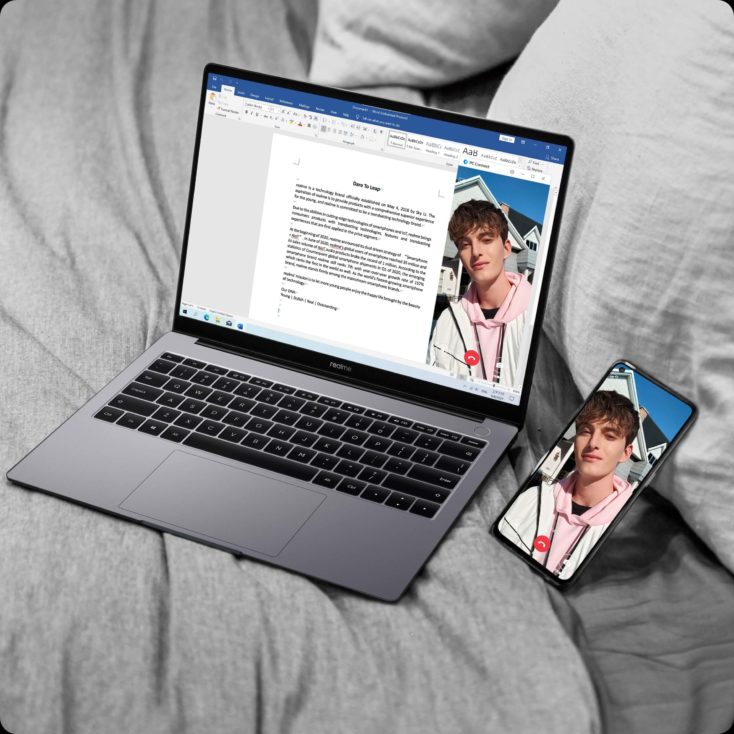 Assessment: Could be exciting

So this is the first notebook from realme. In itself, they are doing quite a bit right here and definitely have potential. At the global launch event, it hasn’t really become clear yet where the laptop will now appear everywhere. But dollar prices have already been announced. The i3 model with 8/256 GB memory is supposed to cost $749 and with 512 GB SSD $799. For the i5, we’re already jumping to $969 with 8/512 GB of storage and $999 with 16 GB of RAM.