3 Kommentare December 20, 2019by Tim
Hey, guys! Just a heads up: The linked offer is already a bit older and the price of the gadget might have changed or it might not be available anymore.

With the Realme Buds Air Wireless In-Ear Headphones, now comes the obligatory wireless headphones matching the Realme smartphones. The quite new and aspiring mobile phone manufacturer could have what it takes to really annoy Xiaomi – especially if the pricing policy for upcoming devices is based on the Xiaomi Mi Note 10. The realme buds air, however, show that self-innovation is not yet the greatest strength. 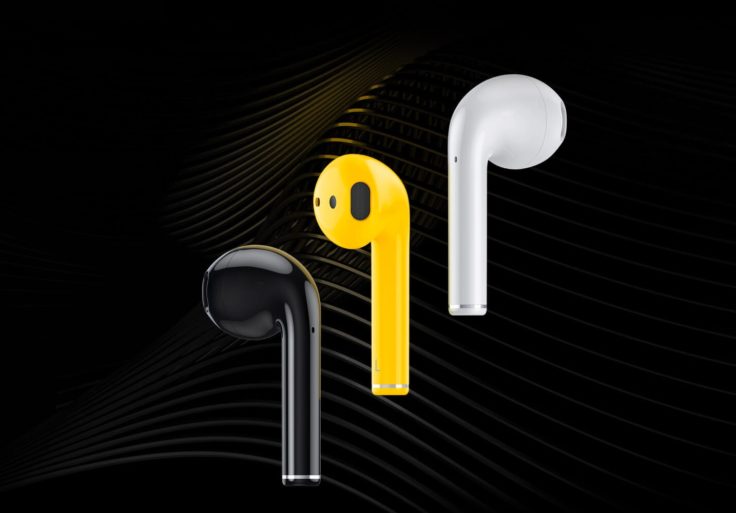 The Realme Buds Air will be available from 17 December and will initially be launched in India. Like the new Xiaomi Mi Air 2 wireless headphones or the Huawei Freebuds 3, the Realme Buds Air are also half in-ear headphones. This type of headphone was introduced by Apple and enjoys great popularity, even though I personally can’t understand this. 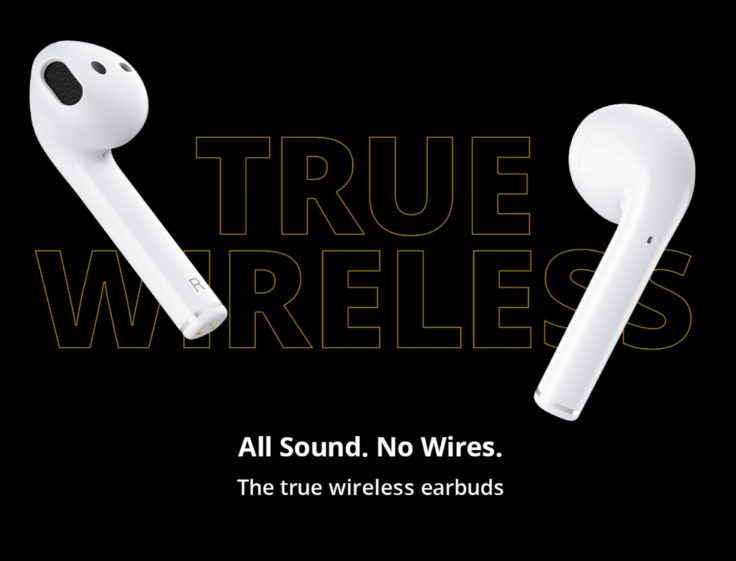 While Xiaomi and Huawei are at least trying to interpret the half in-ear in their own way and choose their own design for the listener, Realme rather focuses on the simple copying of the popular design.

The basic shape of the Realme Buds Air resembles the Apple AirPods in my opinion. Only the openings in the case are a bit different and the charging contacts are different. Unlike the Apple AirPods, they are available in white, black and realme yellow.

Fake TWS headphones are one thing, but from a manufacturer like Realme, which belongs to Oppo, Vivo and OnePlus, I would have expected a bit more innovation. On the other hand, of course we don’t know the market in India and how they perceive it there.

Not much is yet known about the technical data of the Airpods Klon from Realme. Inside, a 12 mm dynamic driver is built in, which according to Realme provides fat beats and a decent bass boost. 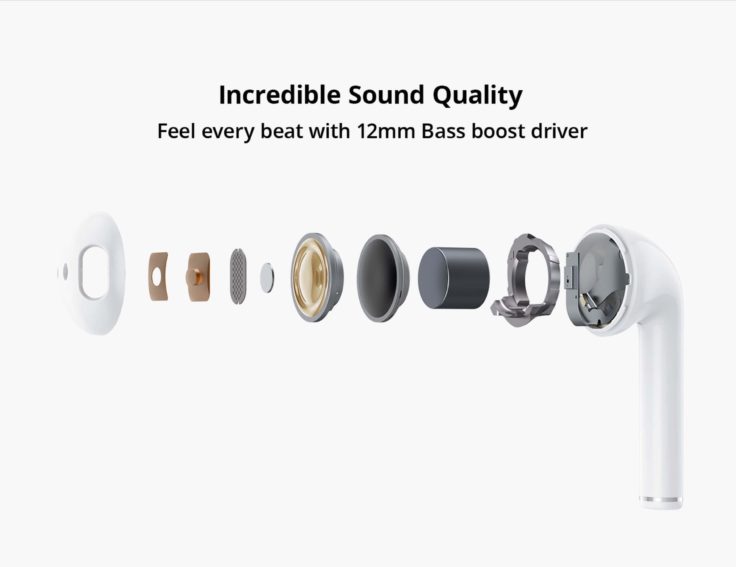 In addition, Bluetooth 5 is used for a stable connection between the smartphone and Realme Buds Air. As usual, there will also be touch sensors for operation. I would be interested to know whether Realme has also implemented a “Pop-Up and Connect” function, as known from Apple, Huawei or Xiaomi.

According to GearBest, the headphones will cost about $50, what do you think of the Realme Buds Air? Is the design okay or would you like something of a personal touch from Realme?