1 Kommentare August 5, 2021by Thorben
Hey, guys! Just a heads up: The linked offer is already a bit older and the price of the gadget might have changed or it might not be available anymore.

Recently, Tech Twitter was somewhat amused by Apple-like product presentations from realme. That does not stop the Oppo subsidiary from launching a new product that looks very familiar to us. With realme MagDart, the first MagSafe copy for an Android smartphone was presented. But realme fortunately goes one step further. 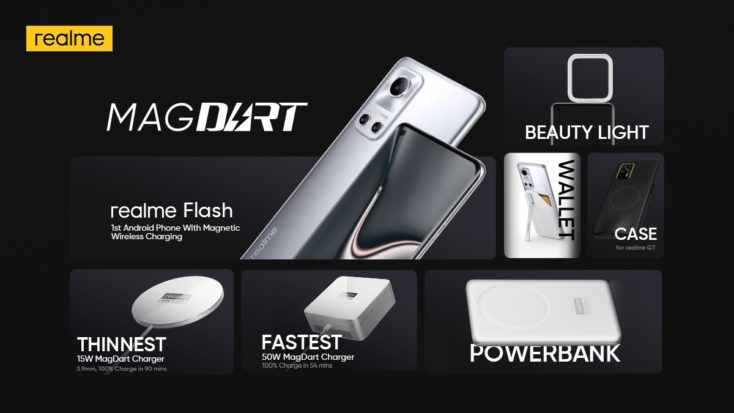 It was only a matter of time before Apple’s “new” charging technology was copied by an Android manufacturer. MagSafe was introduced with the iPhone 12 and is a homage to the magnetic charging cable of the older MacBook generations. With the MagSafe charger, you can charge your iPhone 12 wirelessly at 15W, and the charger attaches magnetically to the back, which provides more flexibility in your hand while charging. However, there are more accessories for the MagSafe interface, such as the Anker Magnetic Powerbank. 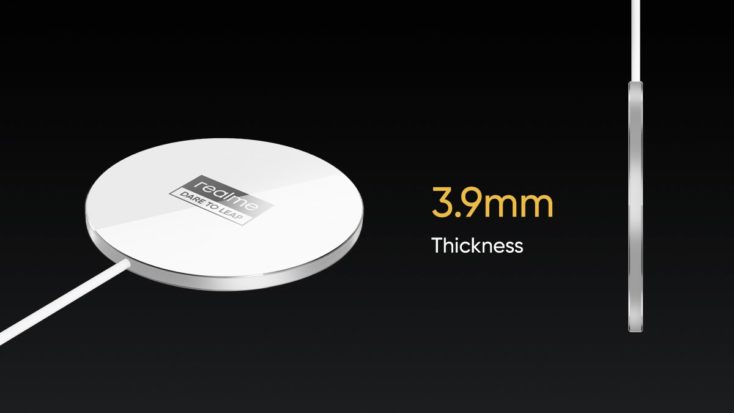 That’s exactly what Realme MagDart is supposed to be able to do as well. “MagDart” is a neologism of “”Magnetic”” and Realme’s “”Dart Charge”” charging technology. Realme directly introduces two of these magnetic Qi chargers, of which at least one is reminiscent of Apple or hama’s copy for Apple. The magnetic puck then magnetically sticks to the back of a Realme smartphone, but a USB-C cable is still firmly integrated on it. It is only 3.9 mm thin and charges with a maximum of 15W power. According to the revised cooling system, it should manage 37.2 mAh/min, while the original probably just manages 11.6 mAh/min. 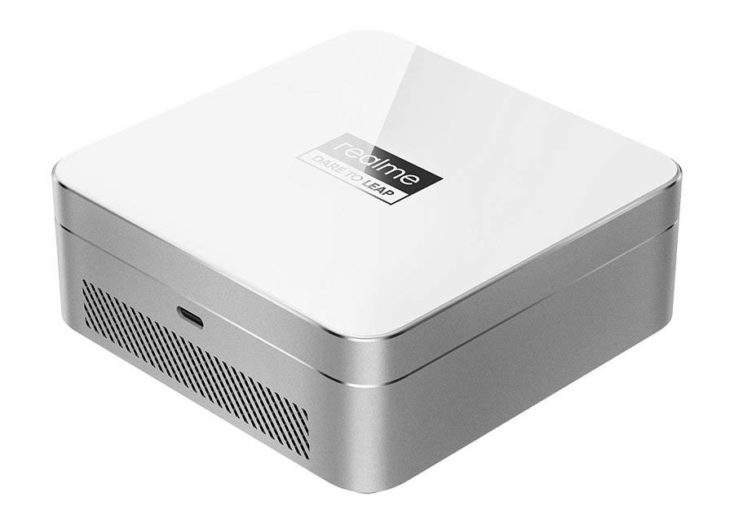 In the case of the second MagDart Charger, you can see a much thicker charger. The cable is not firmly integrated here, but there are ventilation slots on the bottom. This is due to the fact that there is an active cooler inside that is located on the motherboard. The Qi charging coil is probably extra large to have a low impedance. The cooling even allows a charging power of up to 50W! The realme Flash is supposed to be completely charged in just under 55 minutes!

These two chargers are not the only MagDart accessories. The MagDart Powerbank has also been presented. Similar to the Apple MagSafe or the Anker Magnetic Powerbank 5K, this one attaches magnetically to the back of the smartphone and provides mobile power. This is made of vegan white leather and aluminum. In combination with an additional stand, it can also function as a stationary standing charger. However, there is nothing known about the capacity and performance yet. 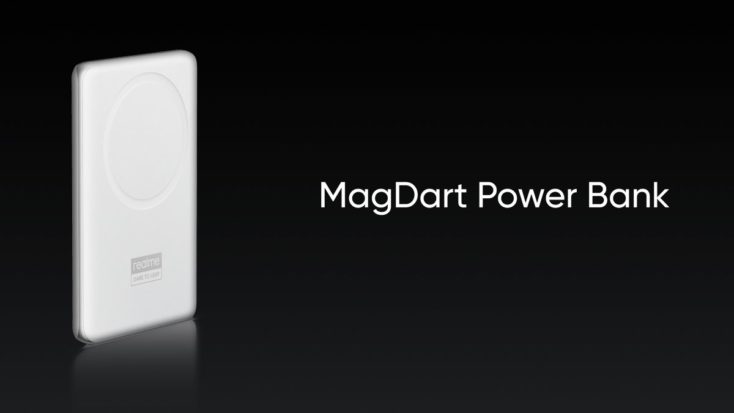 Also copied is the wallet, i.e. the MagDart Wallet. It also attaches magnetically to the back and offers space for up to three cards and some cash will certainly fit in between. Like the powerbank, the surface is also made of white imitation leather. Other colors would be desirable as well. Realme has taken the wallet a bit further and integrated an aluminum stand, so that the smartphone can also be placed on it. Horizontal however would make more sense, right? 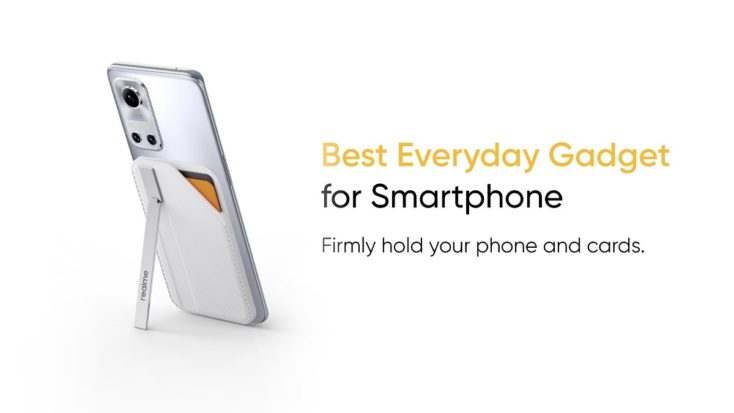 Just bought a Realme GT and now you are annoyed that MagDart arrives afterwards? No problem. With the MagDart Case you can equip MagDart for the Realme GT. Via the USB-C port in the case, you can make the carbon case compatible with the new magnetic charging technology. 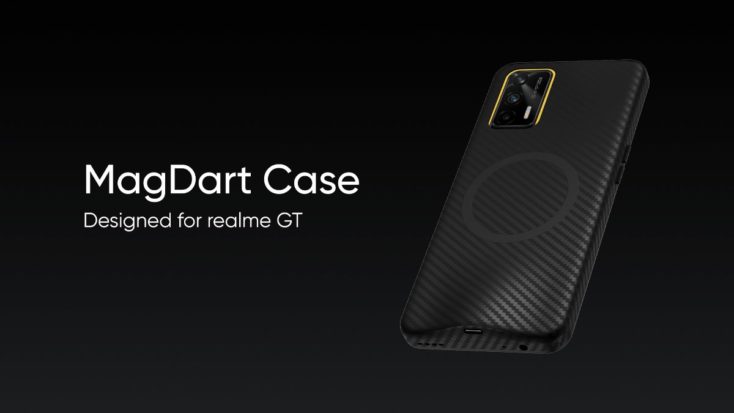 A beauty light is not directly available from Apple in this form, but realme releases its own realme MagDart Beauty Light immediately. The beauty light takes up a relatively large amount of space on the back and is equipped with a power button on the back. The 60 LEDs are located in a square around the camera module and can be flipped over when needed. This way, you have the ring light on the front and can also use the beauty light for selfies or video calls with the front camera. 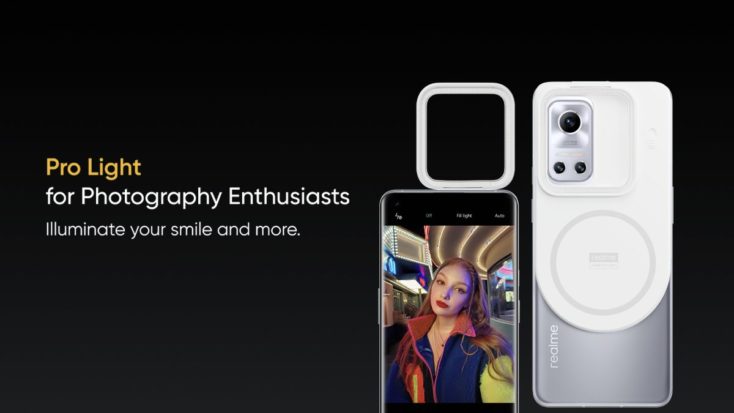 We already speculated in our German China Chat podcast about who will be the first manufacturer. It is rather surprising in the case of Realme, after all, they did not have a smartphone on the market that can be charged wirelessly until now. This changes now with the realme Flash, which is the first MagDart-compatible device from the OPPO subsidiary. We also like the fact that it can be retrofitted to the realme GT and that realme has thought a bit further than Apple in at least some of these products.

What do you think of the magnetic charging technology? Does it have a future and do you see any added value in it?