0 Kommentare January 9, 2021by Thorben
Hey, guys! Just a heads up: The linked offer is already a bit older and the price of the gadget might have changed or it might not be available anymore.

In addition to the new Redmi Note 9T, Xiaomi has also introduced another budget smartphone, which brings the current Redmi generation to eight devices. The Redmi 9T surprises with a Snapdragon processor, which sets it apart from the other Redmi phones. However, it also reminds us strongly of the POCO M3. Where are the differences? 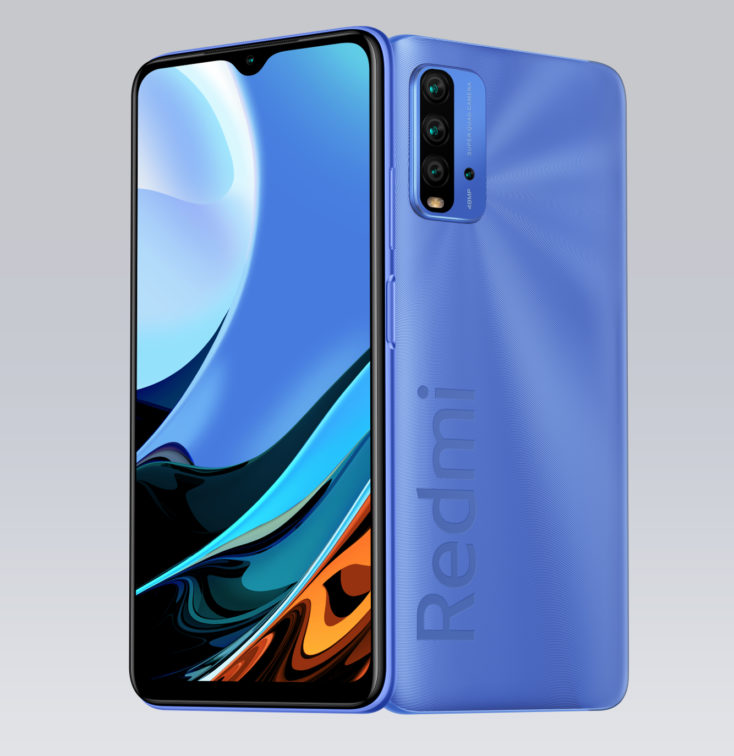 Technical specifications of the Redmi 9T

In terms of size, the Redmi 9T joins the Redmi 9 or Redmi Note 9, since Xiaomi relies on a 6.53″ display diagonal here. The Redmi 9T’s waterdrop notch shows that it is to be placed in the budget segment; Xiaomi now marks mid-range devices with a punch-hole design. Nevertheless, you do not have to do without a Full HD+ resolution. The display panel can get up to 400 nit bright and Gorilla Glass 3 protects it from possible scratches. The entire panel has been tested by TÜV Rheinland and also receives Widevine Level 1 certification. Thus, video streaming content can also be streamed in FullHD. 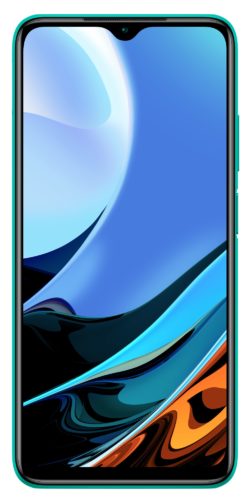 So far, it all sounds very much like the POCO M3, but there is a visual difference on the back. You still borrow the disproportionately large branding with a present Redmi lettering, though. The Redmi 9T is available in four colors: Carbon Gray, Twilight Blue, Sunrise Orange and Ocean Green. The back seems to be made of plastic and not as susceptible to fingerprints. Weighing 198g with dimensions of 162.3 x 77.3 x 9.9mm, the Redmi 9T stays just under the 200g limit. 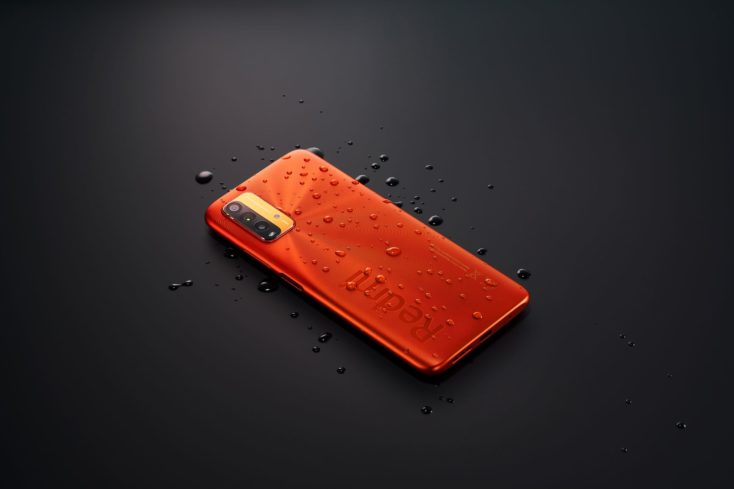 While the Redmi 9A, Redmi 9C and Redmi 9 work with G-series chips from MediaTek, Xiaomi gives the Redmi 9T the Qualcomm Snapdragon 662 processor with up to 2 GHz clock speed. This is not only combined with the Adreno 610 GPU, but also with 4 GB of RAM and either 64 or 128 GB of mass storage. There is not only the option to expand it, the storage standard also differs depending on the version. The 64 GB variant works with UFS 2.1 memory, the 128 GB variant with the newer UFS 2.2 standard. Since the POCO M3 offers the same configuration, the performance should be the same for the 9T.

However, the highlight is the Redmi 9T’s 6,000 mAh battery. It can “only” be charged with 18W via the USB-C port and the included charger, but it offers a strong runtime. The benchmark reached almost 20 hours in the POCO M3 test, which means a runtime of three days is possible under certain circumstances. Wireless charging is not possible, though. 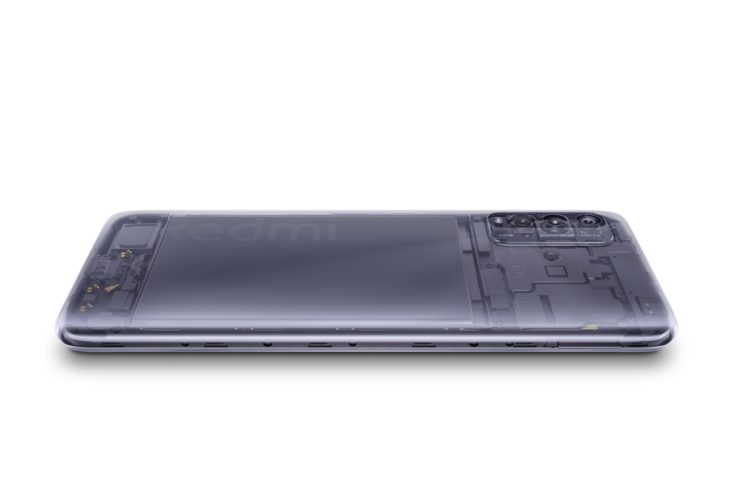 Unlike the POCO M3, the Redmi 9T offers a quad and not a triple camera. The budget smartphone under the Xiaomi banner is also equipped with an 8-megapixel ultra-wide-angle camera with 120° shooting angle and ƒ/2.2 aperture. Away from that, however, there’s the same setup as in the M3: 48-megapixel main camera with ƒ/1.79 aperture, 2 MP macro camera and 2 MP depth sensor. An 8 megapixel selfie camera sits on the front. 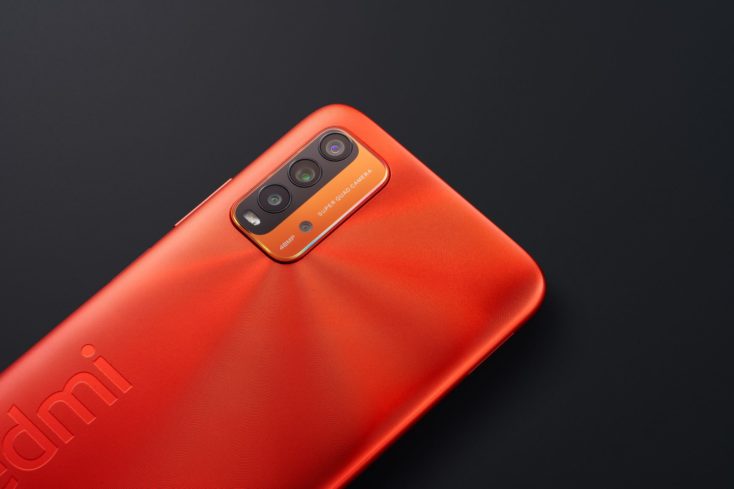 Furthermore, the Redmi 9T offers dual-SIM plus memory expansion, LTE, dual-band WiFi, Bluetooth 5, an infrared blaster, and the option of an FM radio with corresponding headphones. However, there are two versions: a Redmi 9T and a Redmi 9T NFC. Here you have to pay attention when buying. Like the POCO M3, it is even equipped with a stereo speaker – very nice! Unlike the Redmi Note 9T, however, the Redmi 9T is not 5G-capable. The MIUI 12 operating system based on Android 10 is already preinstalled.

Similar to the POCO X3 NFC and the Mi 10T Lite, Xiaomi is re-releasing a smartphone with different branding almost identically. This is because the Redmi 9T and the POCO M3 only differ in the color variants, the back design and the fourth camera. Otherwise, the relevant components like the processor, storage, display, and battery are identical. To really stand out from the POCO M3, I would have liked to see a bigger unique selling point like faster charging or a better camera. In addition, I find it a bit confusing that they are releasing a Redmi 9T and a Redmi 9T NFC.