0 Kommentare March 5, 2021by Tim
Hey, guys! Just a heads up: The linked offer is already a bit older and the price of the gadget might have changed or it might not be available anymore.

With the Redmi AirDots 3, Xiaomi has (again) launched a further development of the inexpensive wireless in-ear headphones. While the previous versions were only ever marginally improved, you get a Qualcomm chip in the Redmi AirDots for the first time here! This not only results in aptX support, but also a more stable Bluetooth connection and better battery runtime. In addition, the Redmi AirDots 3 are the first with touch control and hybrid drivers – is the wireless successor to the Xiaomi Piston series finally coming? 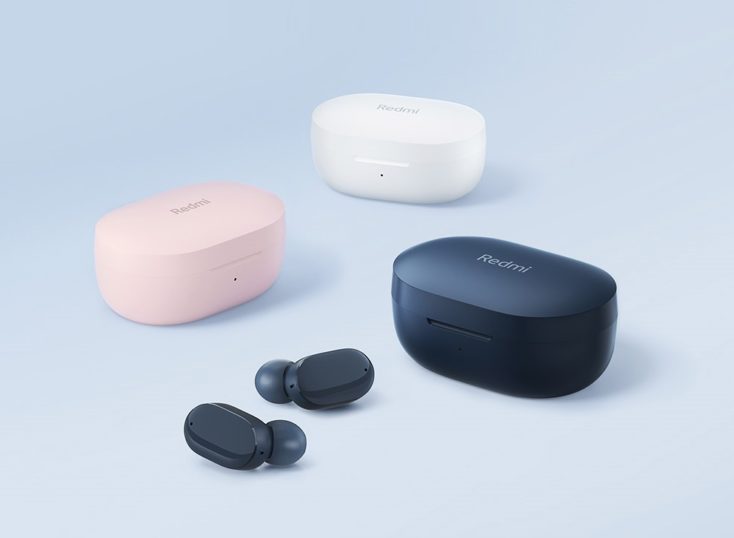 While the design has remained virtually unchanged between the different versions so far, the new Redmi AirDots 3 deviate slightly for the first time. Due to the double-sized battery in the charging box, the form factor of the charging tray changes slightly. However, it is far from doubling in size, which could be assumed at first with twice the battery capacity.

The color scheme of the Redmi AirDots 3 is completely new. Unlike their predecessors, they are no longer available in black, but in a dark blue, pink and white. Xiaomi probably deliberately deleted black to better distinguish the new version, which has really changed quite a bit, from the mass of Redmi AirDots.

As mentioned at the beginning, Xiaomi has finally spent a lot of money on further development and new components after two years of marginal improvements! This is probably for a good reason, because the Redmi AirDots sell quite well and are on the third place of the global sales list in Q3 2020. If you add the sales of the “S” version and “2” version to the normal Redmi AirDots, you can imagine that Xiaomi actually sees the chance to push Apple off the throne

The Cupertino-based manufacturer still dominates the wireless in-ear market with the Apple AirPods Pro and Apple AirPods, but Xiaomi’s offensive now seems to be coming with the Redmi AirDots 3. 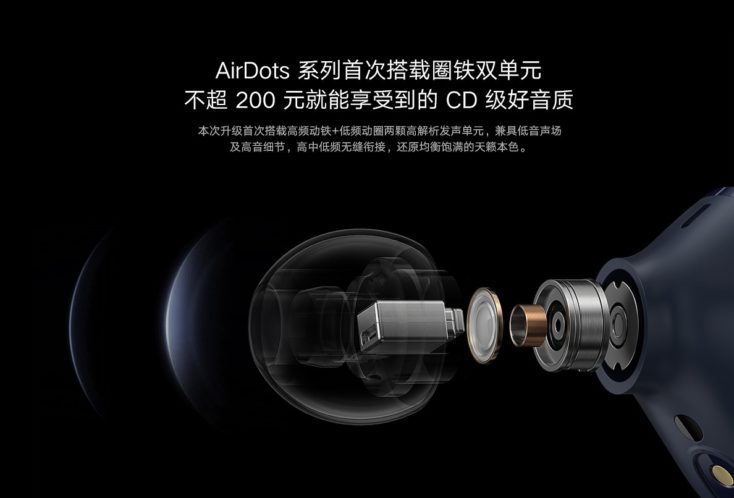 This has the advantage that the dynamic driver is no longer “responsible” for the entire frequency spectrum and the headphones can be tuned accordingly. Dynamic drivers generally have their strengths more in the low frequencies. Due to the large diaphragm, they can reproduce powerful bass and sub-bass as well as lower midrange particularly well.

BA drivers, on the other hand, can reproduce a smaller frequency spectrum compared to dynamic drivers, but are all the more detailed in this range. The BA driver in the Redmi AirDots is responsible for the upper mid and high frequencies.

Thus, the Redmi AirDots 3 should sound much more detailed compared to their predecessors and cover a larger frequency spectrum overall, especially in the high-frequency range. We already know a similar concept from the Soundcore Liberty 2 Pro, but they are even more expensive. I am curious whether the cheaper Redmi AirDots 3 can keep up.

The new Bluetooth chipset from Qualcomm improves several features of the Redmi AirDots 3 compared to the predecessor. First of all, the Bluetooth connection stability between the earpieces and the phone is optimized. Although the manufacturer still specifies a range of 10 meters, the upgrade should be noticeable here, especially during walking (when moving fast). 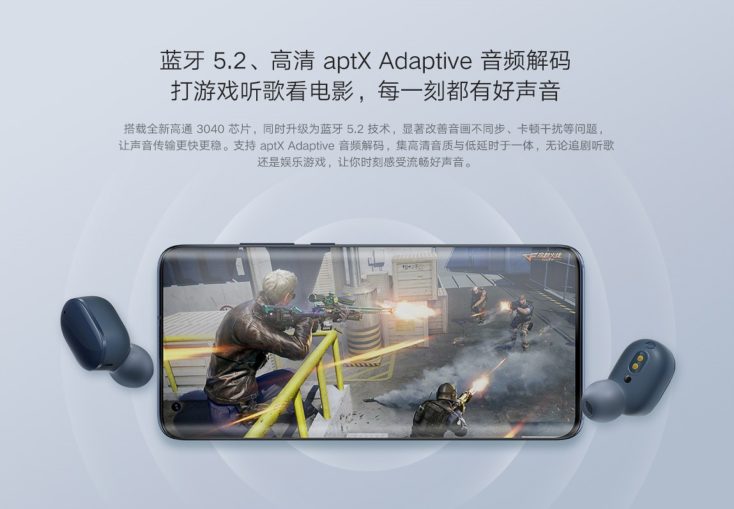 Furthermore, the new Qualcomm chip supports the popular aptX codec, which enables a higher data transfer rate than the SBC or AAC standard. In addition, the chip will most likely also be more energy efficient, allowing for a longer battery life of the earpiece, although the capacity has remained the same at 43 mAh. The battery capacity in the charging box has been doubled to 600 mAh, so you should be able to last much longer without needing a power outlet. In addition, a USB-C port is FINALLY used now.

Until now, Xiaomi still relied on conventional push buttons for the Redmi AirDots. With the new Redmi AirDots 3, the manufacturer now bans these and replaces them with modern touch sensors. The fact that no pressure has to be applied to activate a function reduces the “risk” of moving the earpieces in the ear. It is questionable how many functions the earpieces support; Xiaomi has not exactly covered itself with glory here in the past. 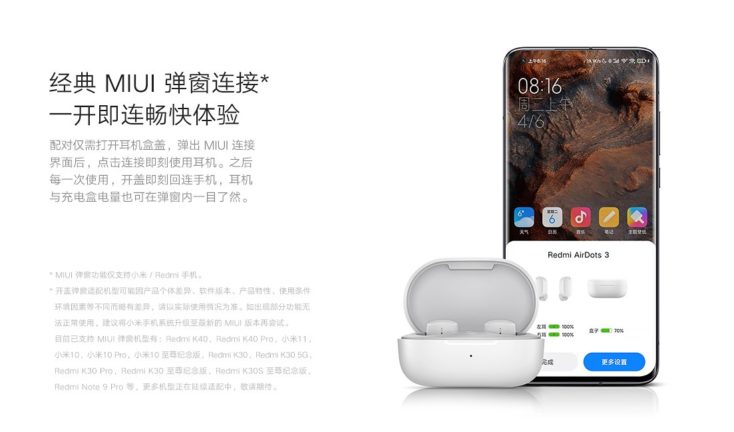 Also new is the Pop-Up Connection, which enables a quick connection between the phone and the headphones. Xiaomi has already implemented something similar for the Mi Air 2, and this is also almost standard for headphones from a cell phone manufacturer in general.

The Redmi AirDots 3 surprisingly sound like a very exciting pair of headphones to me! After the Redmi AirDots series has evolved very slowly over the past few years, it is now taking a real leap forward – very good!

I am particularly excited about the sound of the headphones. The installed hybrid driver system sounds promising and could finally be the wireless “connection” to the Xiaomi Piston series. So far, Xiaomi has not been able to catch up to the sound quality of the wired headphones with its wireless in-ears, in my opinion.

With a price of 199 yuan in China, the headphones cost the equivalent of just 25€ in China. A real bargain and by far the cheapest wireless hybrid in-ear on the market. I am very curious if – and if so, when and at what price – the headphones will come to Europe. I personally think a price of ~50€ on the German market is realistic, how much would you want to spend?