0 Kommentare February 26, 2022 by Fabian
Hey, guys! Just a heads up: The linked offer is already a bit older and the price of the gadget might have changed or it might not be available anymore.

Xiaomi’s sub-brand Redmi has a real gaming notebook in its portfolio with the Redmi G 2021. Intel or AMD processors meet Nvidia graphics performance. Is the notebook worth it? 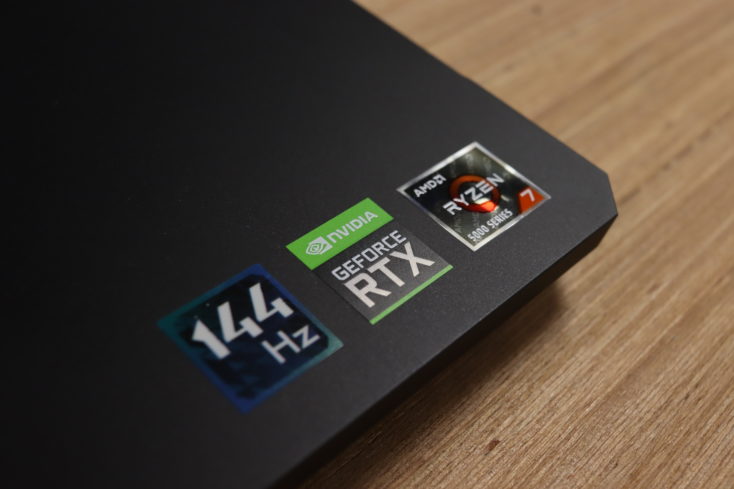 Technical specifications of the Redmi G 2021

Xiaomi actually intended to differentiate the Redmi from its parent brand. In any case, they did not set a high value on the packaging. There are more Xiaomi logos than Redmi logos. The scope of delivery is not particularly impressive either, because we do not find any other contents besides the power adapter. 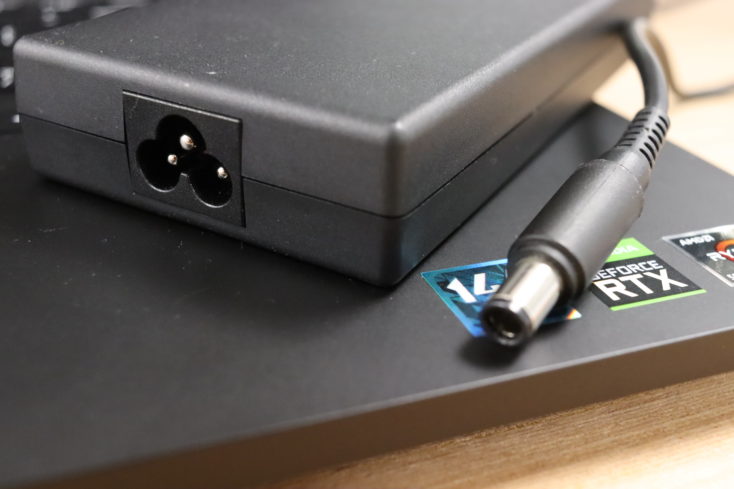 The power supply is unsurprisingly equipped with a Chinese power plug for an imported device. You can either use this with an adapter or replace the cable, since they fortunately relied on a plug connection here.

Of course, a gaming notebook can’t look like a normal laptop, which is why the Redmi G 2021 has a rather eye-catching design. At least they were able to hold back on the RGB lighting, because there’s nothing of that to be seen here. Surprisingly, plastic is used for the casing, but it might be the better choice considering the size and weight. On the back, we’ve milled a pattern and the keyboard stands out with the markings on the WASD keys. However, the space bar is also a bit wider. 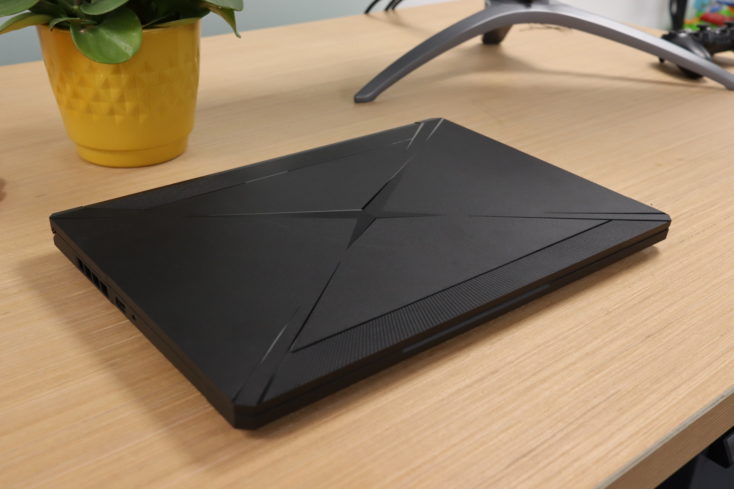 Even though plastic is certainly considered the material of the past for notebooks by some, as long as you do it right, the difference isn’t even that serious. The case is stable, solid and I never longed for an aluminum case when using it. Air inlets and outlets, as well as ports, are neatly incorporated into the case. All in all, the build quality is worthy of the price and as known from Xiaomi. Let’s tackle one of the notebook’s difficulties head-on. Like every Xiaomi notebook, the Redmi G has a keyboard with QWERTY layout. For one thing, the key to the left of the Y is missing and the lettering is wrong in many places. You can change this in the system, but that does not change the incorrect labeling, and stickers with the correct labeling are not an optimal solution. 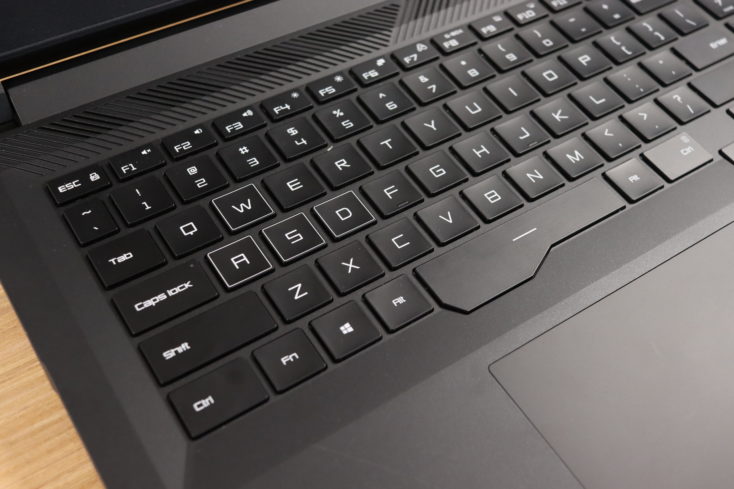 It is also partly a matter of taste, some do not like it at all and some even prefer the QWERTY layout. At this point, I have to say that it has never bothered me less with the Redmi G. The layout does not change anything for me when gaming and I did not feel any disadvantage here. If you use a controller, you will notice even less. 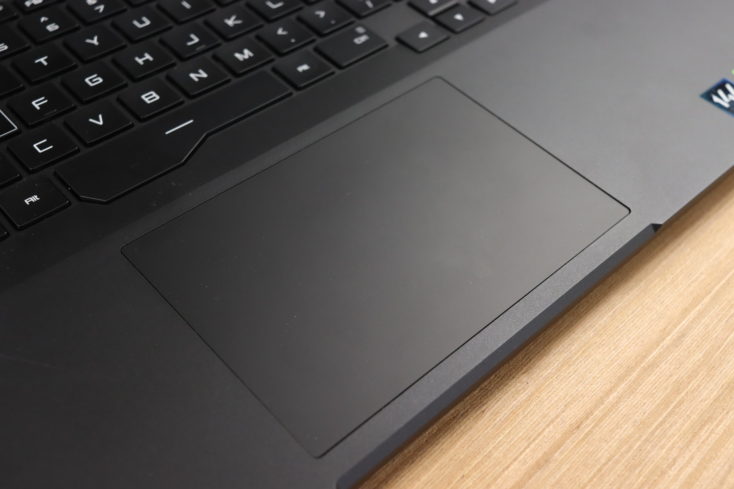 I am neither thrilled nor disappointed by the keyboard’s quality. Meanwhile, pseudo-mechanical switches are also used in gaming notebooks, but the keys here can also be used well. The touchpad could perhaps have been made a bit bigger, but it can be controlled well with it and can also be pressed mechanically without problems, except for at the very top of the edge. Touch gestures for scrolling, zooming and the like also work flawlessly.

While the Xiaomi Pro 15 was particularly impressive with its beautiful OLED display, the 16.1-inch display of the Redmi G has other qualities. The resolution is almost low at 1920 x 1080 pixels (FullHD) and the screen is not special in itself with its IPS panel with 100% sRGB color space coverage. In return, it has a refresh rate of 144 Hz, which is clearly noticeable in games. This is the right compromise between resolution and refresh rate in relation to the available hardware. If you compare it with the popular monitor size of 27 inches with a resolution of 1440p, the Redmi G even has a pixel density that is 28 ppi higher than the gaming monitor.

The option to reduce the screen to 72 Hz is also not to be scoffed at. This saves battery. Every new smartphone with a high refresh rate does not have this feature for nothing.

However, the memory is consistent, with 16 GB of DDR4 RAM at 3200 Mhz and a 512 GB SSD. The RAM is sufficient, but the SSD is quite small for modern games, which sometimes have more than 100 GB. Fortunately, it is possible to open up the notebook. Thus, you can swap the working memory and SSD. The storage capacity can also be expanded without swapping, though, since there is another M2 SSD port.

Fortunately, I can say that virtually everything on the market is playable. Not everything runs at 60 fps, but most games run at over 50 fps. Thanks to Nvidia’s DLSS technology, even more complex games with a certain degree of ray tracing are possible.

For those who don’t know DLSS, it’s an artificial intelligence that can calculate a higher resolution from a lower resolution and thus requires less hardware power. It has to be said that it’s not perfect, but it’s actually so good that most people don’t notice it.

We also tried streaming on our German Twitch channel and it worked quite well, but the notebook reaches its limits here. 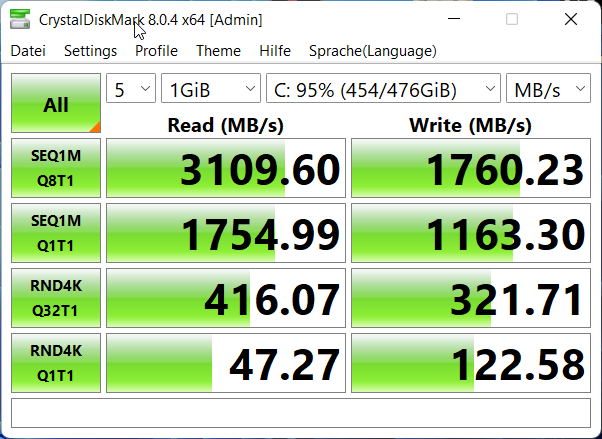 When something sounds too good, there is usually a catch. There is one here as well, and that is the power supply. There’s nothing wrong with that for the time being, but the currently given possibilities simply limit the use. Because the notebook can only call up the full performance over a respectable runtime with the power supply plugged in. Without the direct power supply, the hardware simply sucks the 80 Wh battery dry, even though Nvidia has thought of a way to combat the problem. It is possible to limit the maximum frames per second to 60 or 30 system-wide via the Nvidia software. This way, you can partly squeeze more battery out of the notebook. It is quite possible to play games for 1-2 hours without power in these modes, but it also depends on the total runtime.

Without proper cooling, even the best hardware can’t do much. However, the Redmi G has enough cooling capacity. It reaches its limits during full load with benchmarks and the components have to clock down slightly. Depending on the duration and load, the performance drops by 10%, which is okay in my opinion. However, this also results in a corresponding background noise that makes the surroundings wonder what is going on. 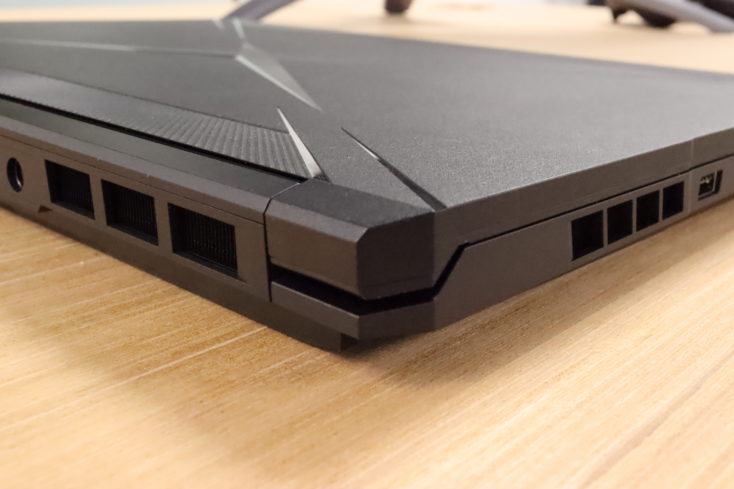 With a headset on and gaming noises, this can be faded out well as a gamer, though. It is well solved how to move the heat away from the device, because the hot air is blown strongly outwards at the back. Thus, the keyboard and the underside don’t stay cold, but still so pleasantly warm that you can have it on your lap without problems.

Of course, the Redmi G 2021 notebook also has speakers, but they were certainly not the focus here. They are located directly at the front on the underside and are rather functional. 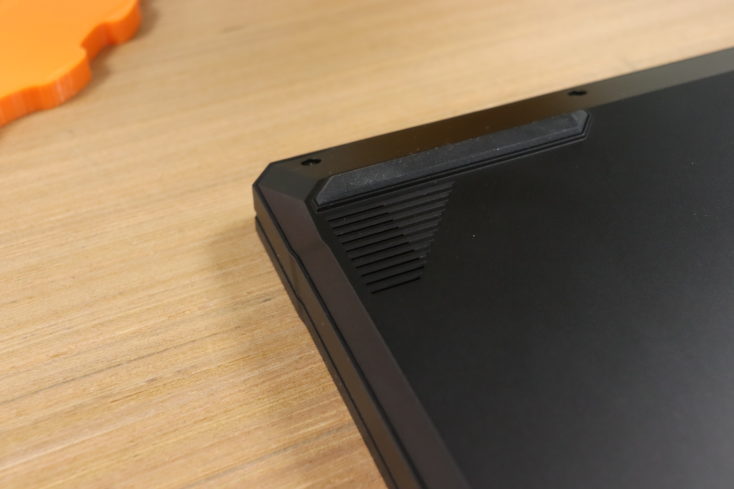 Perfectly fine for an occasional YouTube video, but nothing to get excited about. The volume is okay, but can’t really compete with the fans at full speed.

Above the screen is the 720p camera. As for the quality, it’s there, certainly suitable for video calls, but that’s where it stops. 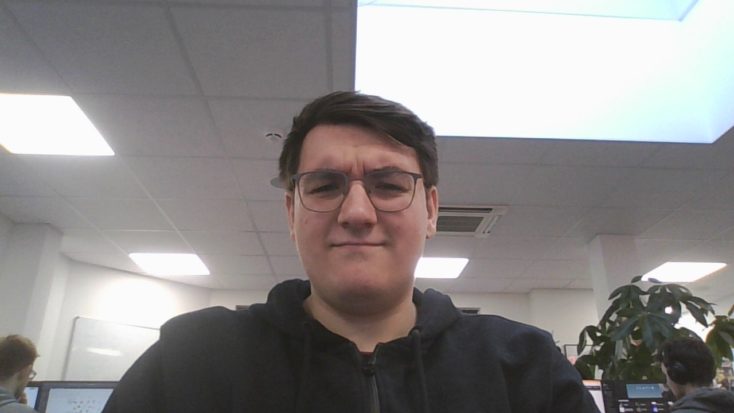 The same goes for the microphones, which is an option if you don’t have anything else at hand, but do your conversation partner a favor and connect a headset.

The Redmi G 2021 has ports on three sides. On the left is a USB-A 2.0 and a 3.5 mm combo headset port. On the right, there is a USB-C port that supports charging via Power Delivery, but can also be used for file transfer and image transfer via DisplayPort 1.4. Other ports are two USB-A 3.2 ports.

Formerly often present, but out of fashion, there is still an Ethernet port (LAN), a Mini Displayport 1.4, HDMI 2.0 and the port for the power plug in the back. 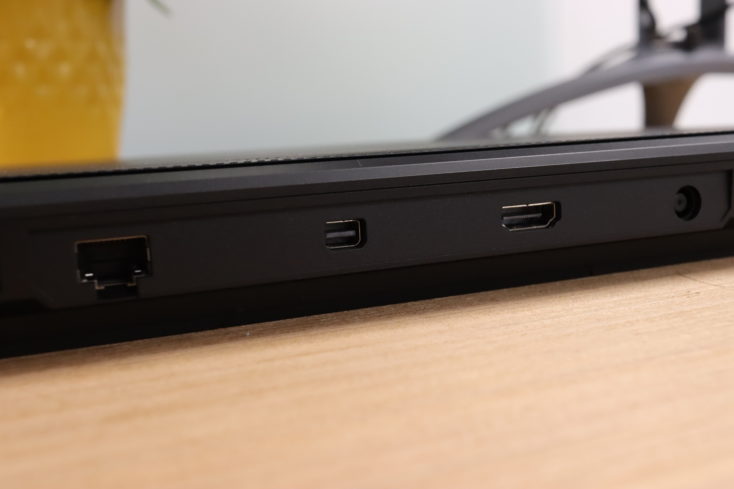 The Redmi G 2021 also offers wireless connectivity: Wi-Fi 6 for the Internet, but also Bluetooth 5.2 for headphones, mice and the like.

Finally, we have a device with decent graphics performance. What is possible in a mobile device nowadays is always impressive. The Redmi G 2021 is definitely suitable for gamers, even if you still have to have the next power outlet in mind. There is quite a bit of power in the notebook here, which is why you can also use it for complex applications apart from games. Of course, you have the disadvantage of the QWERTY keyboard, but that didn’t really bother me when gaming. For those who do not want to have a gaming PC, for example because they travel a lot, have two residences or want to be mobile in other ways, the Redmi G 2021 is a recommendation.

But of course, the price also plays an important role. At the time of review, the notebook can be found for around 1160€, which is of course always a proud price for an import. Looking at the market at the same time, you can also get models with similar specifications for a similar price, depending on what is currently on offer. Therefore, you have to see how things develop. It might even come to Europe or USA, but that can’t necessarily be ruled out now. If you are considering it, you will definitely not go wrong with the hardware.