0 Kommentare March 14, 2021by Thorben
Hey, guys! Just a heads up: The linked offer is already a bit older and the price of the gadget might have changed or it might not be available anymore.

The Redmi Note 9S had a difficult time in 2020. Despite its strong overall package, it was the only device without NFC. That rightfully annoyed the customers. At least Xiaomi does not make this mistake with the Redmi Note 10S. Is it the golden mean? 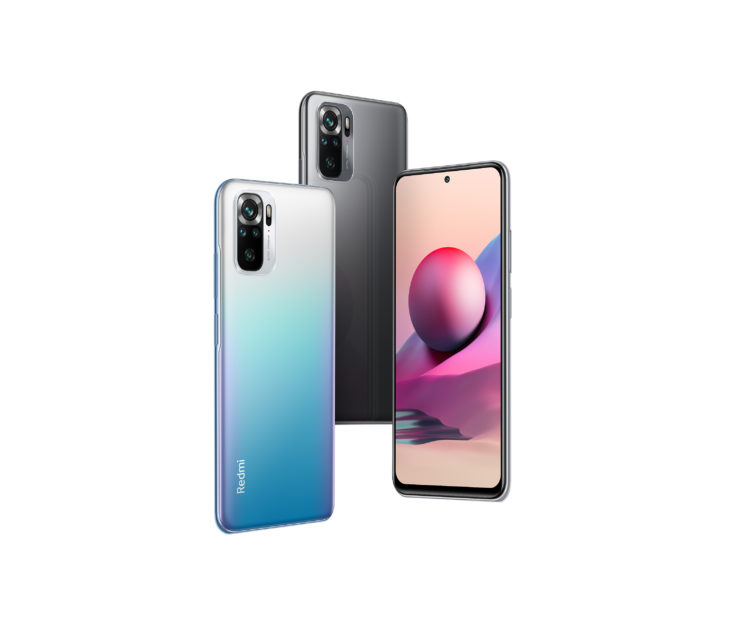 Smaller than the predecessor

At first glance, the Redmi Note 10S looks just like its predecessor: punch-hole front camera in the center at the top of the screen, fingerprint sensor on the side, and a visible chin on the bottom. But compared to the 6.67″ diagonal, the Redmi Note 10S now “shrinks” to 6.43″, relying on an AMOLED display like most other Redmi Note 10 devices. The refresh rate here is 60 Hz, the resolution is 2400 x 1080 pixels, resulting in a pixel density of 409 ppi, and the brightness is 450 nit on average and 1100 nit maximum. As with the Redmi Note 10, the panel is protected with Gorilla Glass 3. 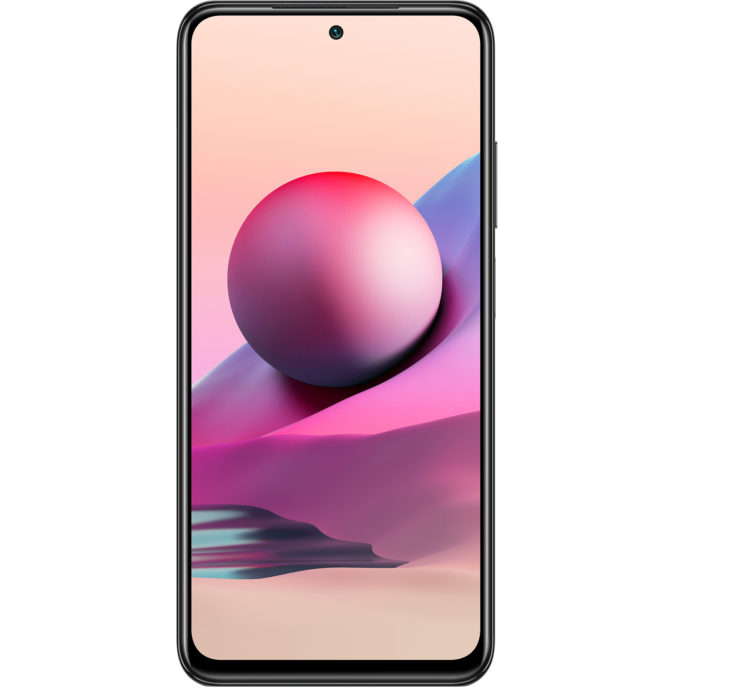 Xiaomi consistently sticks to three color options for the Redmi Note 10S: Blue, Gray and Pebble White, although the latter is more reminiscent of blue than white. The camera module is also indistinguishable from that of the Redmi Note 10, and the weight of 178.8 g is also very similar. In addition, there is the IP53 rating, which means that the 10S is at least protected against spray water. There is a USB-C port on the bottom, a 3.5 mm jack, and the IR blaster is on the top. Thus, the Redmi Note 10S is visually identical to the Redmi Note 10, except for the colors. 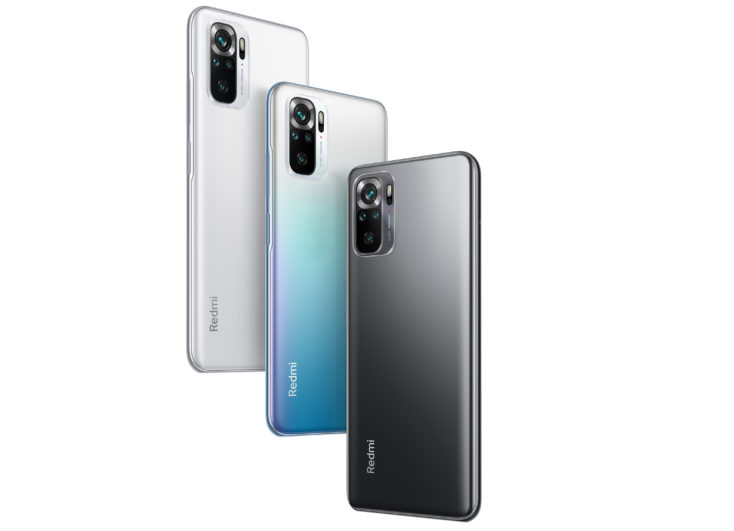 It is nice that the Redmi Note 10S is also equipped with a stereo speaker, which should make the sound more spacious and louder overall. Especially in combination with the AMOLED display, the phone is thus also well suited for media consumption.

MediaTek instead of Qualcomm

In the previous generation, the Note 9S and Note 9 Pro shared the same Snapdragon 720G processor. In this generation, the S version is more oriented towards the regular Note 10. This is noticeable, for example, in the MediaTek Helio G95 processor with a clock rate of 2.05 GHz, which is accompanied by the ARM Mali G76 graphics unit. We could already test the G95 in the Realme 7 and the SoC actually surprised us. Overall, it is on par with the Snapdragon 720G of the predecessor. 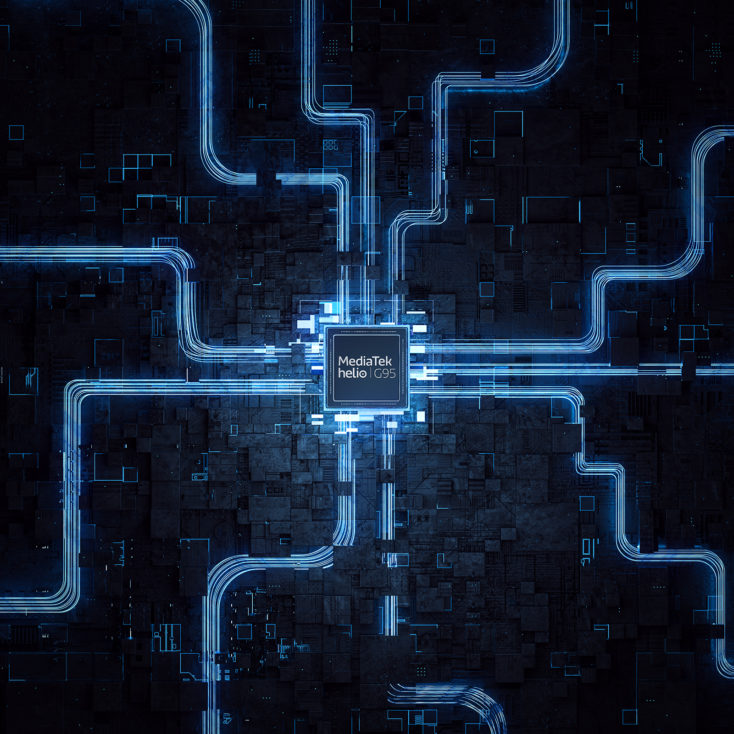 In contrast to the Note 10, the 4 GB of RAM is dropped and only 6 or 8 GB of LPDDR4X RAM and 64 or 128 GB of UFS 2.2 storage are offered. The storage seems to be expandable via microSD card here as well. As in the other Redmi Note smartphones, Android 11 with Xiaomi’s own MIUI 12 interface is preinstalled. The battery is as large as usual with 5,000 mAh and can also be charged quickly via 33W. The charger is even included in the scope of delivery!

With a 64-megapixel main camera, the Redmi Note 10S is pretty much “exactly” in the middle between the Redmi Note 10 and the Note 10 Pro, although the sensor is not specified in more detail. In addition, there is an 8-megapixel ultra-wide-angle camera with a 118° shooting angle, a 2 MP macro camera and a 2 MP portrait camera. On the front sits a 13 megapixel front-facing camera with ƒ/2.45 aperture for selfies.

As already mentioned, the Redmi Note 10S is theoretically equipped with NFC, although there can once again be variations from market to market. Beyond that, however, a dual-SIM slot with LTE Band 20 has of course been installed, just like GPS, dual-band WiFi and up-to-date Bluetooth. 5G is only installed in the Redmi Note 10 5G.

It remains to be seen whether the Redmi Note 10S really hits the happy medium between the strong Redmi Note 10 and Redmi Note 10 Pro. The potential is basically there, but the Note 10S probably lacks a unique selling point. A 90 Hz AMOLED panel would have made sense here. This could also be the camera, which depends on the sensor used. Otherwise, the price development and NFC availability will be an important factor. Other than that, the smartphone lines up well among the other models, even though some may be put off by the MediaTek processor. However, we can actually take away that fear after the review of the Realme 7.

Is the Redmi Note 10S the happy medium for you?