0 Kommentare January 30, 2022by Thorben
Hey, guys! Just a heads up: The linked offer is already a bit older and the price of the gadget might have changed or it might not be available anymore. 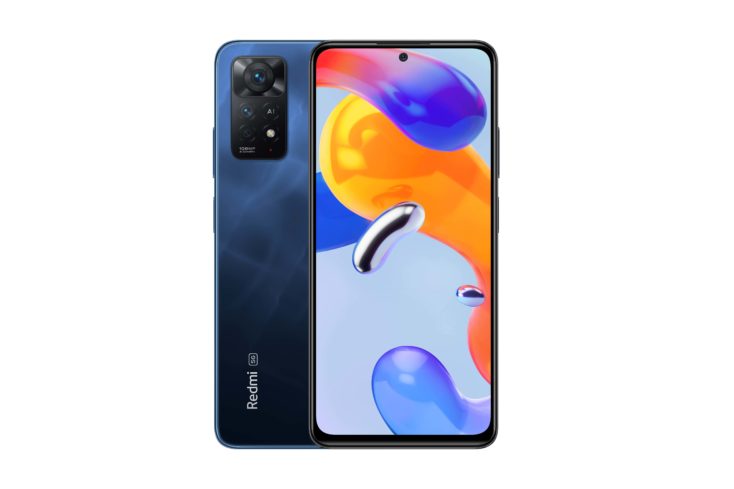 In the eleventh (!) generation of the popular Redmi Note series, the smartphones of the series show a new side. The angular design looks in Apple’s direction, but they of course do not have a patent on this design. It suits the Redmi Note 11 Pro 5G well and underlines the pro character in particular. The back features a black and white colorway like the 4G version, but the Atlantic Blue colorway in dark blue is new. The 5G symbol next to the Redmi logo is also new. The 202g smartphone measures 8.12 mm in thickness and offers an IP53 rating, which is enough for protection against splashing water.

The front measures 6.67″ diagonally, and Xiaomi and Redmi value an AMOLED display with a Full HD+ resolution of 2400 x 1080 pixels. This results in a sharpness of 394 ppi, which is an average value. On the other hand, the 120 Hz refresh rate in combination with 360 Hz touch sampling rate is not average, but it is also available in the 4G variant and the Redmi Note 10 Pro. The brightness of up to 1200 nits is also very high here, but that is only possible in extreme situations; 700 nits is the everyday maximum. The panel is protected by Gorilla Glass 5.

The slogan “108 MP Powerhouse” refers to the camera. With the Redmi Note 11 Pro 5G, three of the four Redmi Note 11 smartphones have the 108 MP Samsung HM2 sensor with ƒ/1.9 aperture and 9-in-1 pixel binning. Interestingly, however, the 2 MP portrait camera is dropped here, which is more gimmick than added value in reality anyway. Instead, there is the same 2 MP macro camera with ƒ/2.4 aperture and the same 8 MP ultra-wide-angle camera with ƒ/2.2 aperture and 118° shooting angle as in the other devices. Surprise: On the front, there is the same 16 MP selfie camera as in the 4G version.

The battery is just as large with a capacity of 5,000 mAh and can also be charged with 67W. Thus, the Redmi Note 11 Pro 5G should be fully charged in about 45 minutes – not bad! The required charger is part of the scope of delivery, but wireless charging is not possible.

5G – that is the headline of the Redmi Note 11 Pro 5G, hence the name. Thanks to the new processor and the frequency bands n1, n28, n77, and N78, you can even receive 5G mobile communications with the phone in Germany. Those who do not have a 5G contract can of course rely on all important LTE frequency bands including band 20. Local Internet is provided by 802.11 dual band ac-WiFi, Bluetooth 5.1 is used for connecting headphones, and contactless payment via Google Pay is possible thanks to NFC. The package is rounded off with stereo speakers, a 3.5 mm jack, a 3-in-1 SIM slot with microSD, and a fingerprint sensor on the side. 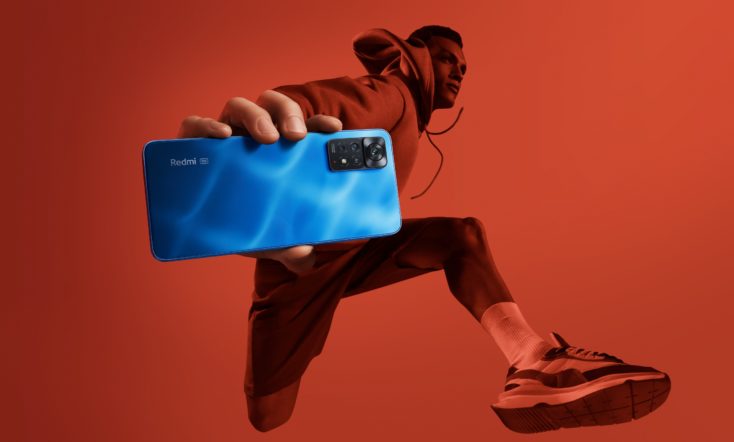 Like the cheaper models, the Redmi Note 11 Pro 5G does not come with Android 12, but with the new MIUI 13 based on Android 11. This offers some new features, including the smart sidebar, which we already know from realme smartphones. 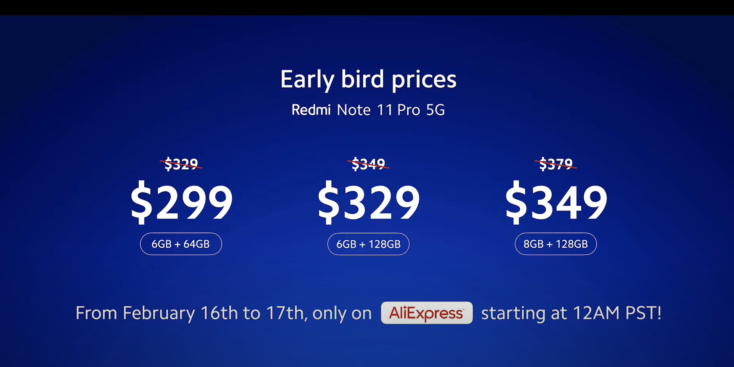 Which is your favorite of the Redmi Note 11 smartphones?