1 Kommentare July 26, 2019by Jens
Hey, guys! Just a heads up: The linked offer is already a bit older and the price of the gadget might have changed or it might not be available anymore.

Redmi launches two Powerbanks on the market. The models are each equipped with 10,000 and 20,000 mAh capacity, respectively, and have both Micro-USB and USB-C connectors for input. 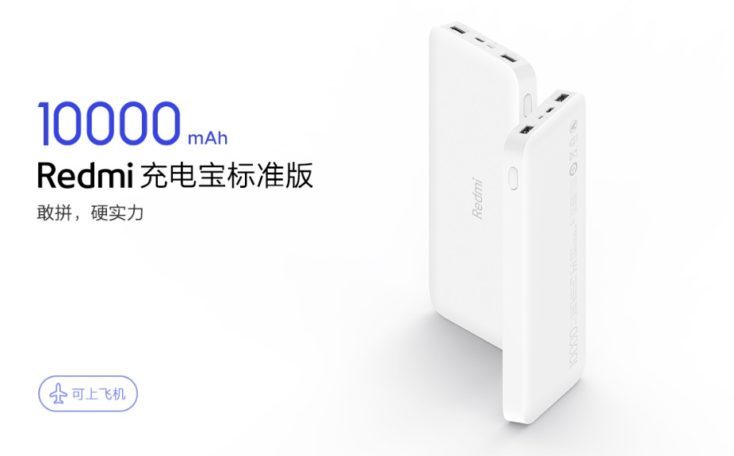 At the beginning of 2019, Xiaomi separated from Redmi, which has since acted as an independent brand. Actually, we had assumed that they would concentrate entirely on the development of new smartphones, but now more and more products are being added, some of which are (or appear to be) in direct competition with Xiaomi. We were particularly amazed when a Redmi hand luggage suitcase was announced. With Powerbanks we are now closer to our core business, the smartphones, for which the mobile batteries are mainly used.

The 10,000 version will have a maximum output of 5.1V and 2.4A and thus a maximum of 12W. With 59 RMB, converted only about $8.58(!), it is really cheap. If the price for the import is only approximately in this dimension, it would be much cheaper than comparable Xiaomi models. 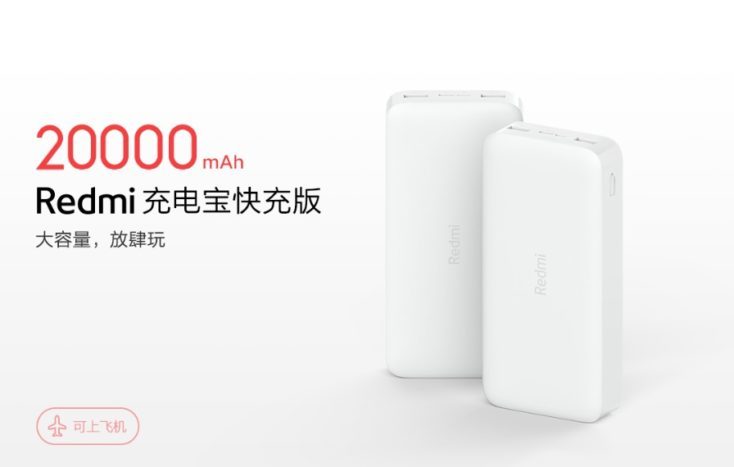 The 20,000 version will support Fast Charging up to 18W, both for input and output. With twice the capacity, it is of course much larger and heavier than the smaller version. But also the price is interesting: The Powerbank is advertised with 99 RMB, converted under $14.40. The price for the sale in the west will hardly ever be kept that way. We will have to pay at the end probably over $20.

The Powerbanks look nice and will probably deliver what they promise. But they don’t have a really special feature. At most the price could be a real argument for buying the next Powerbank from Redmi. It is still too early to say that, because the price will still rise. How much, we will probably find out in the coming days, when the first shops list the Powerbanks.

If you are currently looking for a new Powerbank for your smartphone, you can have a look at different models here.