Redmi smartwatch with 1.4″ display for $60 presented

0 Kommentare December 18, 2020by Thorben
Hey, guys! Just a heads up: The linked offer is already a bit older and the price of the gadget might have changed or it might not be available anymore.

Redmi, the “daughter brand” of Xiaomi, is best known for the smartphones of the Redmi Note series. After the Redmi Band, they are now expanding their wearable portfolio with the first smartwatch of their own. However, the Redmi Watch has only been unveiled in China so far. 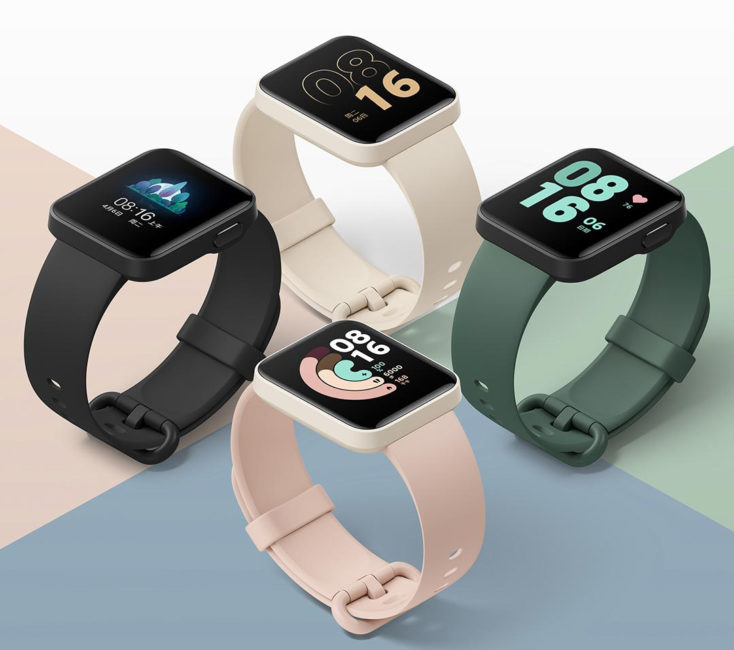 Technical specifications of the Redmi Watch

In contrast to the first globally available Xiaomi Mi Watch, which we can expect in early 2021, it once again relies on a square design. Thus, at first glance, it looks like the Chinese Mi Watch (yes, that is unfortunately confusing), but it does not seem quite as angular to us as the latter. A 1.4-inch display with a resolution of 320 x 320 pixels is installed, which results in a pixel density of 332 ppi. However, the manufacturer does not specify the display type. Since AMOLED would certainly be mentioned as a feature, we expect an LC display. 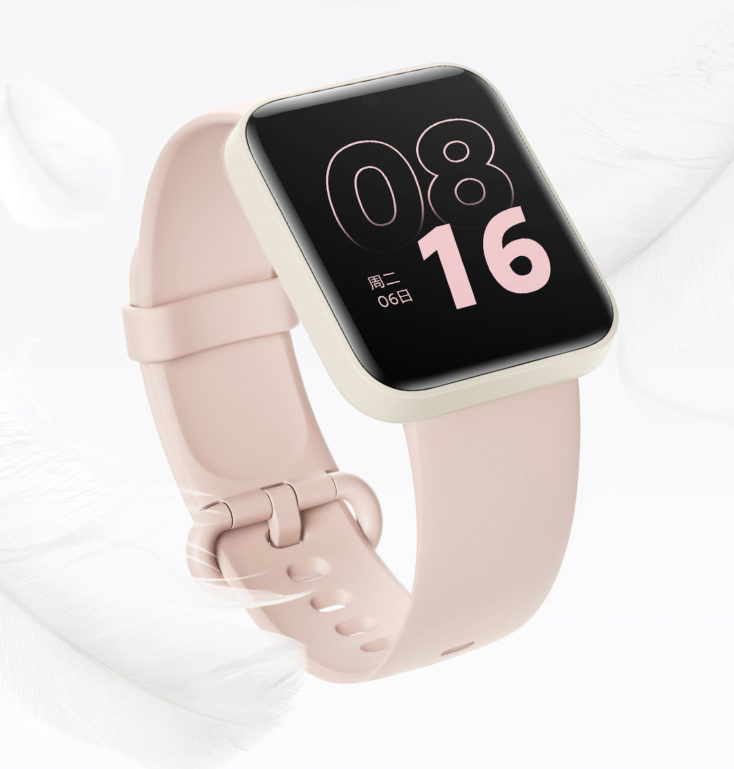 The display glass is rounded towards the sides and thus almost smoothly transitions into the watch case. The watch weighs 35 g, so it is a bit lighter than the Amazfit GTS 2, and it is also protected against water according to the ATM 5 classification. So showers and swimming should not harm the watch. Redmi offers four different color options: Black, Gold, Blue, Rose Gold and Green. 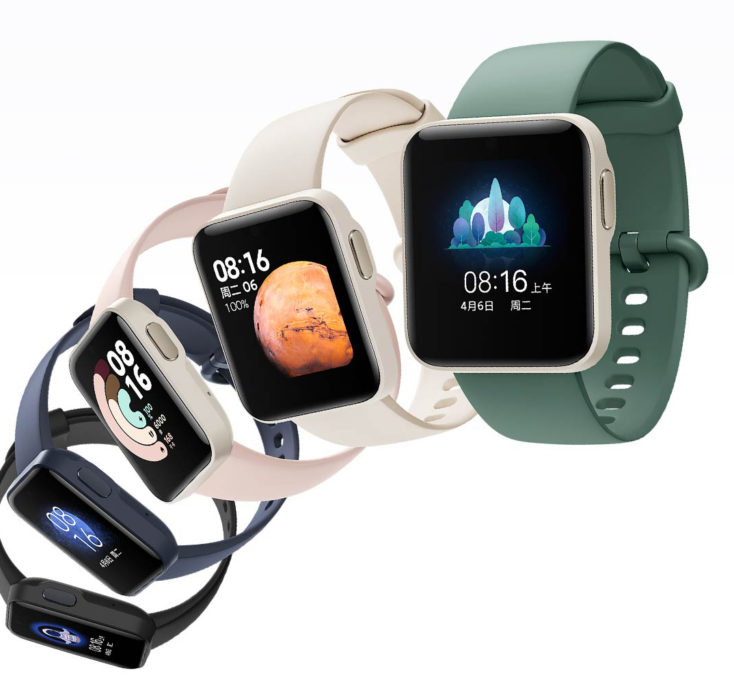 There is a function button on the right side, otherwise the Redmi Watch is operated via the touchscreen display. Xiaomi advertises that there are 120 watchfaces, so you can use a different watchface every day for four months. A few of these watchfaces already look familiar to us, since they are also used as an always-on display style in MIUI.

Range of functions of the Redmi Watch

How smart is the Redmi smartwatch? Well, it works with a proprietary operating system and comes without the possibility of app downloads. In return, the Redmi smartwatch offers 7 sports modes, permanent heart rate measurement, sleep tracking, breathing exercises, but also support for the XiaoAI voice assistant to control smart home devices. NFC is also integrated, which can be used for public transport tickets in China. That would probably be omitted in a possible global version. 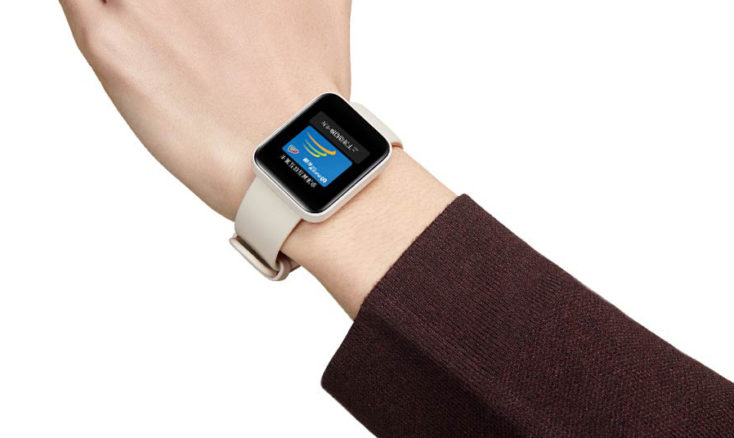 Thanks to a 230 mAh battery, the Redmi Watch lasts for seven days according to Xiaomi, for which it has to be charged for two hours. This is done via the included dedicated charger. The connection with the smartphone runs via Bluetooth 5.0 and the Mi Fit app, as it seems to us. We already know it from the Mi Band 5, for example. 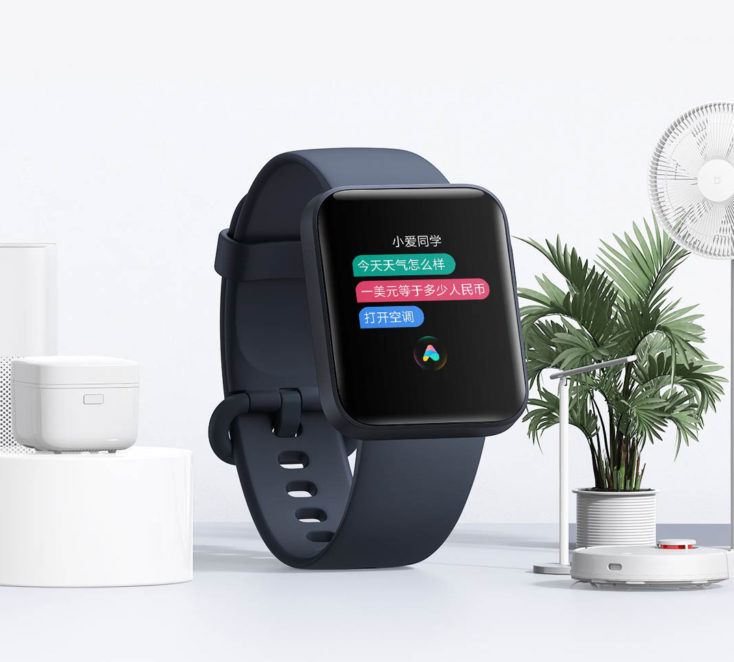 The Redmi Watch is only intended for the Chinese market. The China version from the import stores will most likely only work in Chinese, possibly also in English. It is not yet known whether other languages will be available after the release of a possible global version.

The Redmi Watch is not yet available in Europe, but only in China and currently costs around $60 as an import. Since the Redmi Band also found its way to us as the Xiaomi Mi Band 4C, we expect to see the Redmi Watch under the Xiaomi brand soon. However, the watch reminds us quite strongly of the Amazfit Bip U smartwatch, which we did not like that much in the test. However, at least integrating Alexa instead of XiaoAi could give the smartwatch an advantage over the Bip.