0 Kommentare September 10, 2018 by Maike
Hey, guys! Just a heads up: The linked offer is already a bit older and the price of the gadget might have changed or it might not be available anymore.

Drones with FPV glasses are expensive, difficult to fly and only for professionals? I thought so until I discovered this mini model. The Redpawz R011 allows even beginners (at least in theory) an easy introduction to flying with FPV glasses, for a price of about $70. Sounds promising at first. 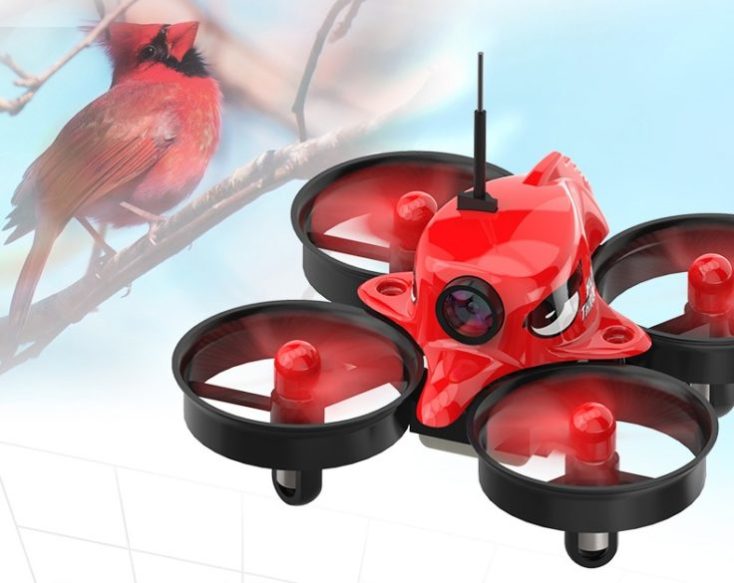 At first sight, the Redpawz looks like an ordinary mini drone with camera, and reminds me optically especially of the FuriBee (The Redpawz looks a bit “worse”). The rotors are not exposed but are protected all around. The battery is located on the underside and can be removed and replaced.

The cover consists only of thin plastic, as you are used to from other drones. Because of the low weight, the drone doesn’t break easily, but it doesn’t feel stable either. This is especially noticeable when connecting the battery on the underside, because you have to exert some pressure on the case and the circuit board. Especially when pulling it out, you have to be careful, but with a little tact and patience it still works.

Normally I would call this point the most important one, here it is exceptionally only the second most important one after the FPV function. But the mini drone meets all expectations and flies calmly and stable in calm and closed rooms. A small drop of bitterness: There is no Altitude Hold function, so the height has to be adjusted manually with the left stick. 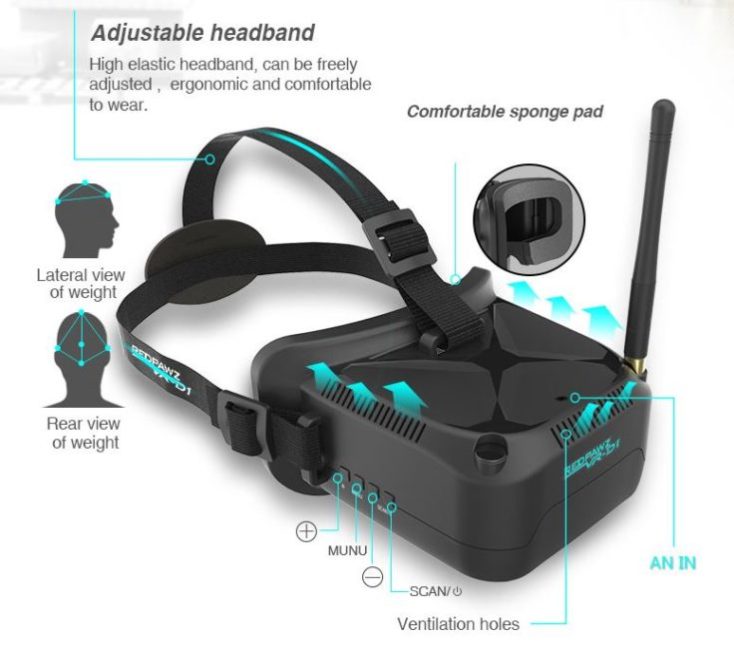 Saltos are possible and successful, as is headless mode. However, if you want to use the glasses, you’ll rather do without all these functions anyway.

A few words about the battery: It’s not easy to connect and disconnect it, but it’s exchangeable after all. About five minutes flight time is not much, and especially in FPV flight one would like to have a little more time. The battery is charged in about half an hour. 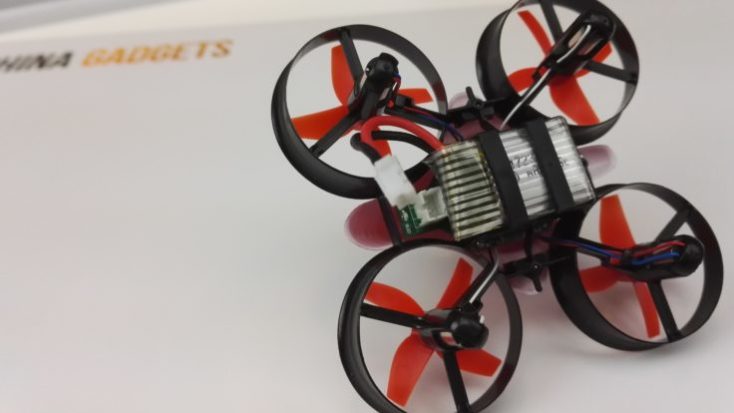 This is where the special part begins. Of course, FPV is nothing new anymore and FPV Racing is a sport that is practiced in tournaments and leagues. Nevertheless, for most hobby pilots or beginners this might still be uncharted territory, especially when flying with glasses and not only by display. Since a small pair of glasses is included here, you can get going almost out of the box.

The glasses are quite small, but thanks to soft foam edges they sit comfortably on the nose and can be attached to the head with the included straps. A long press on the power button switches the glasses on, a short press starts the frequency search. When the drone is switched on, it takes a few seconds before the image from the camera is transferred to the 3-inch display in the glasses. In addition, the brightness, contrast and colour saturation of the image can be adjusted. Even in the standard settings, the image can be seen very clearly with sufficient brightness. The resolution of the display is 500x300p. Occasionally there is a strong flicker in the image during flight, but this never lasts long. 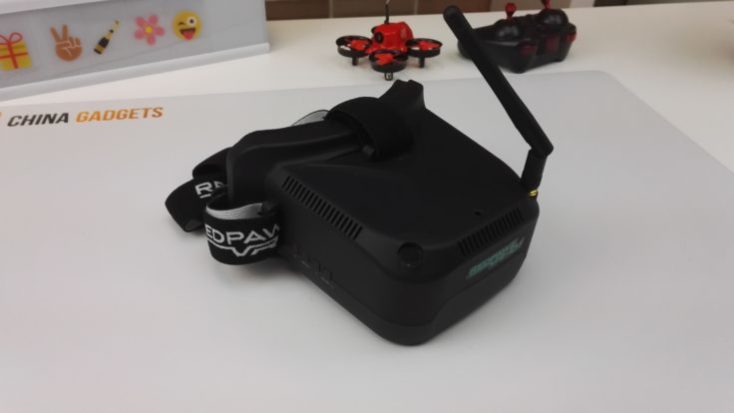 And then you can only try it out carefully or just fly away. Thanks to the small size, the risk of injury is quite low, so you can fly off calmly. With racing drones I had problems navigating at high speeds only via the screen, but here I found it very easy to learn. And if you fly around yourself with the drone for the first time and watch it through your glasses while steering it, it’s a cool effect.

The transmission works well within a radius of 20 metres, but it becomes problematic as soon as there are obstacles in the way. Even the walls of a single room interfere with the signal, but in the open air or in large rooms you don’t have the problem.

Is the drone also suitable for beginners?

In my opinion, definitely yes. Firstly, it can also be flown without the FPV goggles if you want to get familiar with the controls first. Due to its low weight, the drone is relatively robust when it comes to accidents (even if it is not indestructible, of course). And learning to fly the FPV is not much harder than flying itself. But if you have problems with VR glasses (dizziness and circulatory problems), you can also feel unwell with FPV glasses.

What I can already say is that the drone’s FPV function is definitely interesting if you haven’t tried something similar before. The transmission works well and the image can be seen in sufficiently high resolution. Only the somewhat short flight time with one battery charge is a clear shortcoming. So far, however, a positive first impression remains from my side.