0 Kommentare August 24, 2019 by Maike
Hey, guys! Just a heads up: The linked offer is already a bit older and the price of the gadget might have changed or it might not be available anymore.

Actually there is not much going on in the Powerbanks area. The capacities are getting bigger and bigger, the connections more and the speed better. But the modular Reiling Qi-Powerbank offers only a small capacity, but it sticks to your smartphone! 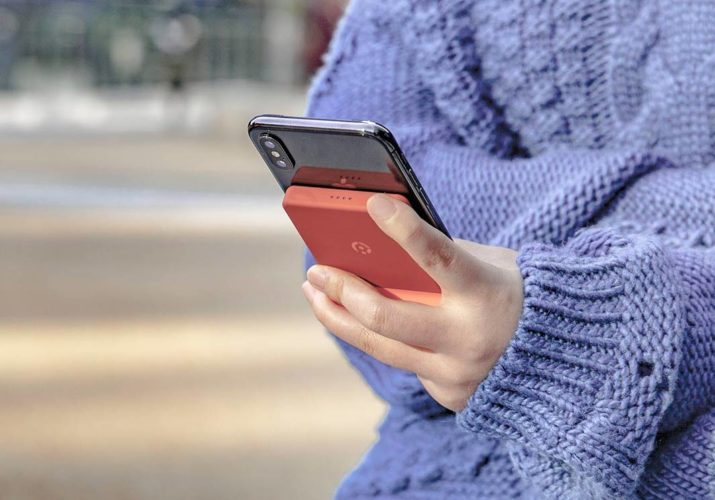 The Reiling Qi-Powerbank actually does not look like a Powerbank. It differs in colour alone, the red and blue colour variants are still graded in colour. As mentioned, the Powerbank is quasi modular, because it consists of two parts. The “lower” part is a bit thicker, the actual battery with a capacity of 2,600 mAh is hidden here. The flatter part is the actual Qi charging pad, which is also equipped with an adhesive surface to attach it to the back of the smartphone. 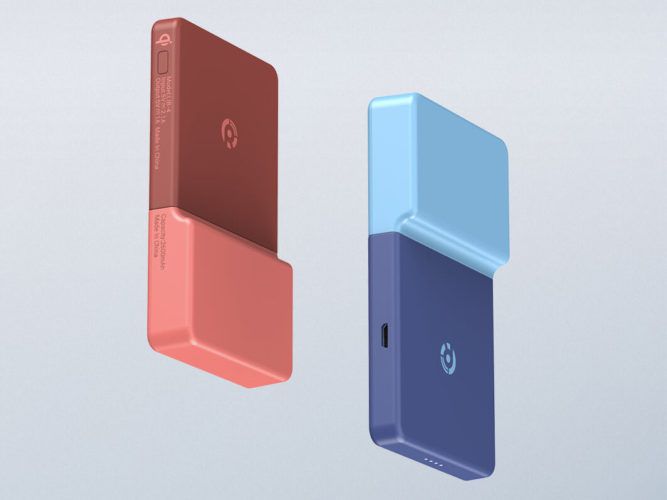 Both modules are connected to each other via a plug-in system, which consists of a click mechanism and four gold contacts with the corresponding pins. The Micro-USB input is located on the thinner Qi charge pad. Even the low capacity of 2,600 mAh confirms that this is not a powerful powerbank. In addition, only a power input of 5.5W and an output of 5W is possible. This is far away from the currently strongest Qi charger, the Xiaomi 20W Qi charger. 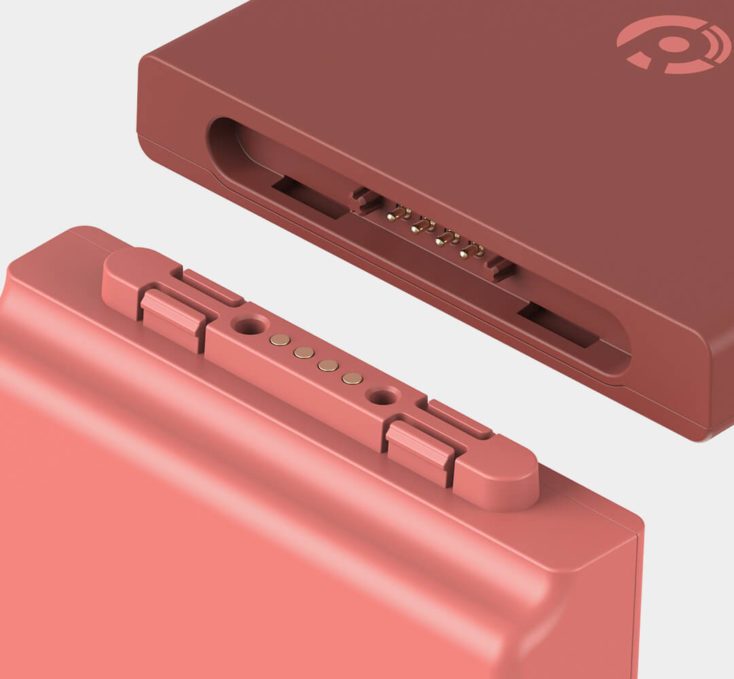 The application purpose of the Reiling Qi-Powerbank is different. The 2,600 mAh is sufficient for a full charge on an iPhone at the most. It’s more of an emergency power bank for about 50% to get through the evening. In addition one can do without a cable and use his mobile phone without restriction further, the Powerbank sticks simply to your Smartphone. Alternatively, you can use it to charge your mobile phone wirelessly, for example in a café or even at home. This makes it both a power bank and a charger.

Of course, you have to accept that the phone gets a bit thicker and may not fit in your pocket anymore. But maybe this chic advertising video of the manufacturer will convince you:

Reiling’s modular Qi-Powerbank is definitely a lifestyle gadget, but we really like the idea. After all, it fulfills several functions in one and could be really useful for on the go. But the gadget for a China gadget with over $30 is still a bit expensive and the capacity a bit too small. It’s time for a successor with a little more power, isn’t it?