0 Kommentare January 21, 2020 by Maike
Hey, guys! Just a heads up: The linked offer is already a bit older and the price of the gadget might have changed or it might not be available anymore.

With 22 preinstalled games and supposedly over 3,500 more to download for the open source console, the RG350 Retro video console is set to beat the big competition. We took a look to see if it really is the best retro console on the market at the moment. 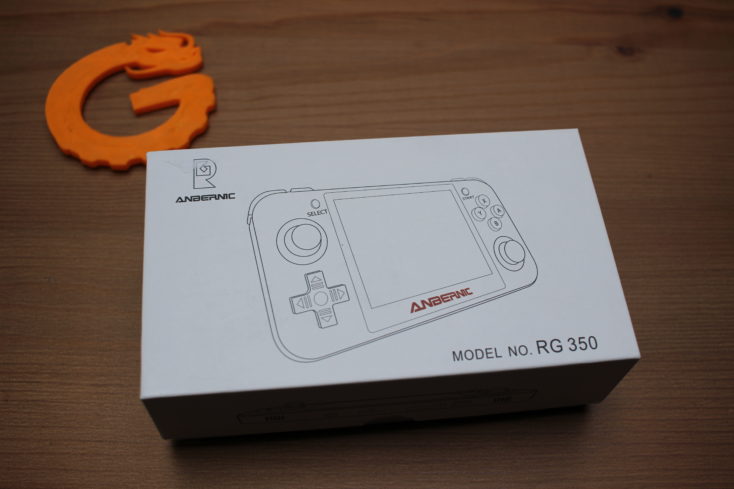 A word of caution

As we already noted in our review of the LDK Game Handheld, you should always be very careful. No matter if it’s the workmanship or the quality of the games, many things often leave a lot to be desired in such consoles. For example, astronomical numbers of playable titles are usually advertised, as here with over 3,500, but only a handful of them are really useful. Especially at the rather high price of about $70, the RG350 should have a lot of games worth playing.

In addition to the console, the delivery includes a matching USB-A to USB type-C charging cable and a quick start and operating manual in a rather unemotional white box. This is also quite important for the setup, especially if you want to install more games yourself. 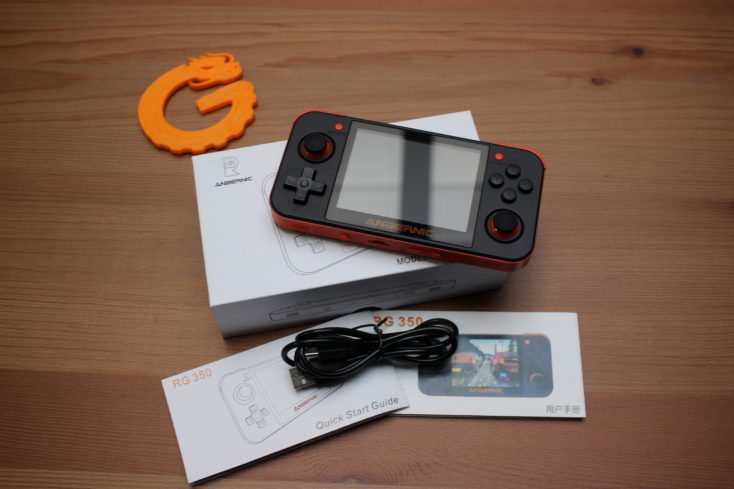 The Rg350 is extremely reminiscent of the Nintendo Switch in terms of design, but is considerably smaller in comparison. With just 15 x 7.5 x 1.5 cm and a weight of 167 g, it rather resembles the GameBoy Advance in terms of handling. The hard plastic is well made and feels very high-quality. The only thing I noticed here are a few black dots next to the upper ports, but that’s not very tragic.

The 3.5 inch IPS screen has a nice resolution. The just 320 x 240p don’t really stand out, as it can quickly be a disadvantage, especially with these older games, if the resolution is too high. So I have already experienced on similar consoles that the games were distorted or there were picture errors because the resolution was much too high. However, stains on the screen can be seen very quickly and it is not anti-reflective, which makes playing in sunlight very difficult. 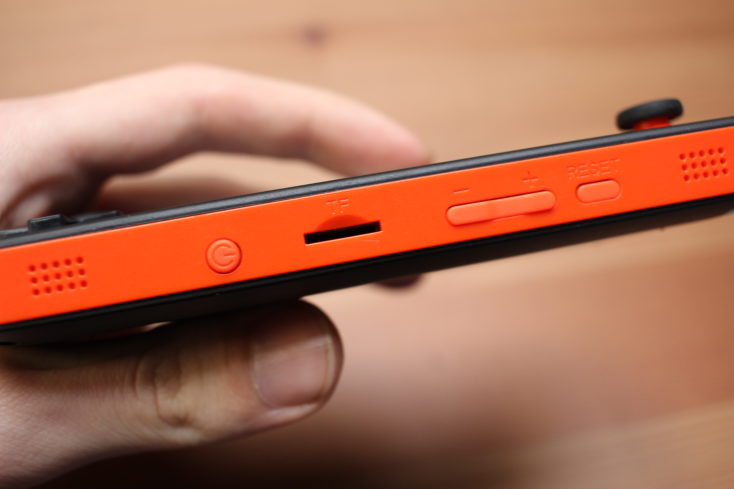 Anyone who has ever operated a Nintendo console will quickly find their way around here. The buttons are practically the same as on the switch, only the power and reset button and the volume control are on the bottom. There is also an additional shoulder button on both sides. 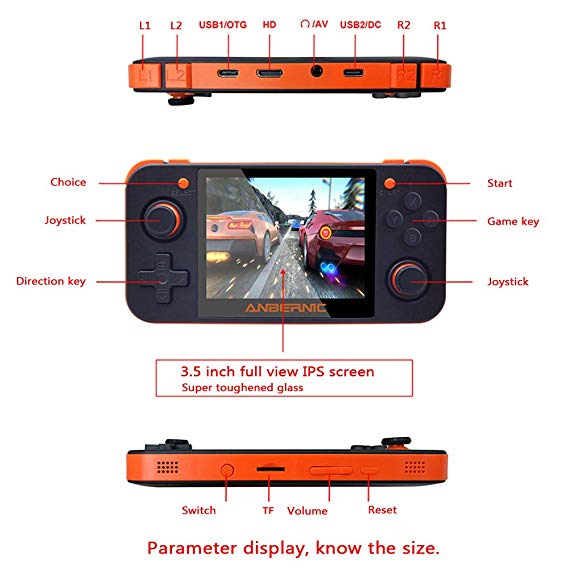 The slot for the Micro-SD card is also located on the underside, which can be easily inserted into and removed from the console. On the upper side, there is a USB type-C port on the left and right side. The left one is only for charging the console, the right one for connecting to the PC. There are also headphones and an HDMI output. The HDMI output should be used to connect the console to the TV or other screens. However, this is not yet possible on the software side, but could be provided by patches. 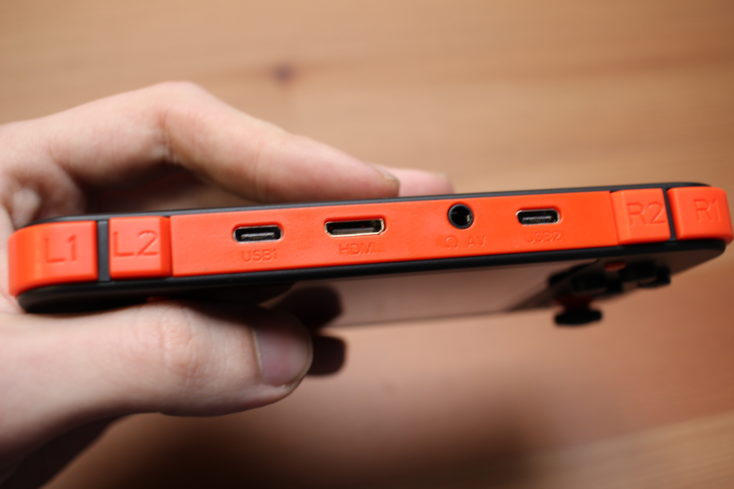 With the 22 games already installed, there are almost only no-name or rip-off clones on the console in addition to Castlevania. Unfortunately, only about half of them are really playable due to control or system problems and if you want to finish some of them, you have to reset the console completely. 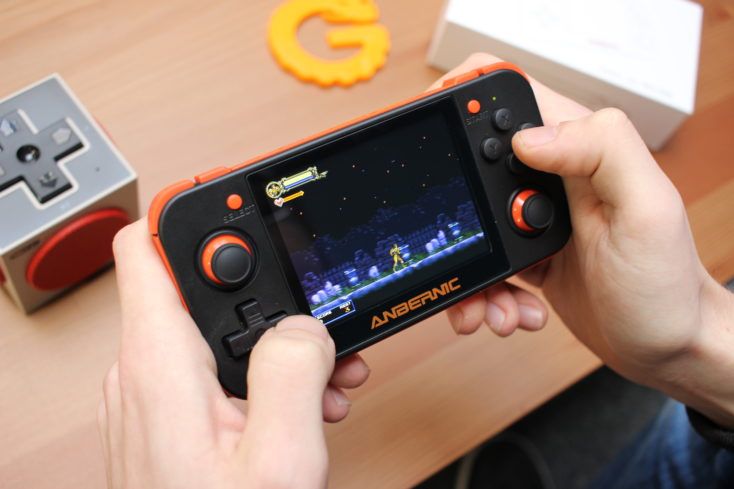 But for the 16 emulators that are on the console, you should be able to download 3,500 more games. But I doubt that even a fraction of them is really playable and fun.

Unfortunately it didn’t work in our test to get the ROMS on the console via PC. With Mac it is not even recognized and with Windows you have no possibility to access the memory after installing the driver. But after some research this seems to be an isolated case.

SameGoo is definitely one of my favourites. This puzzle game actually reminds one of modern mobile games, but the easy controls and short lifespan make it the perfect game for in between. The principle is quite simple. Have at least 2 balls of the same color together to make them disappear, the more balls, the more points you get. The goal is to get rid of all the balls. 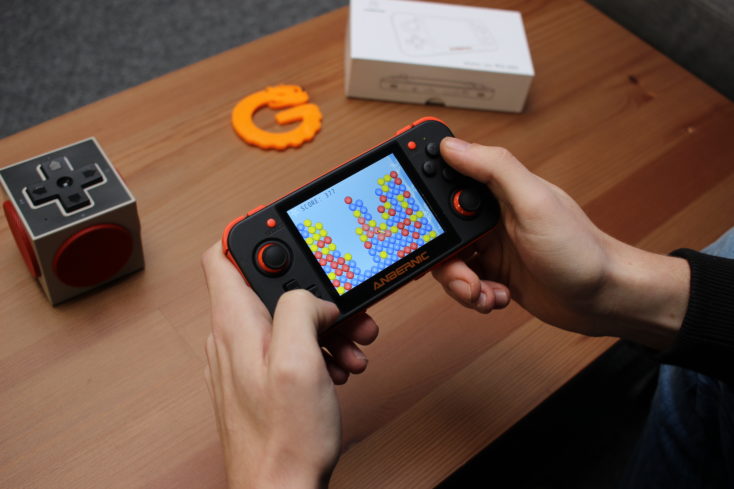 Alternatively I also like to play the classic MineSweeper. 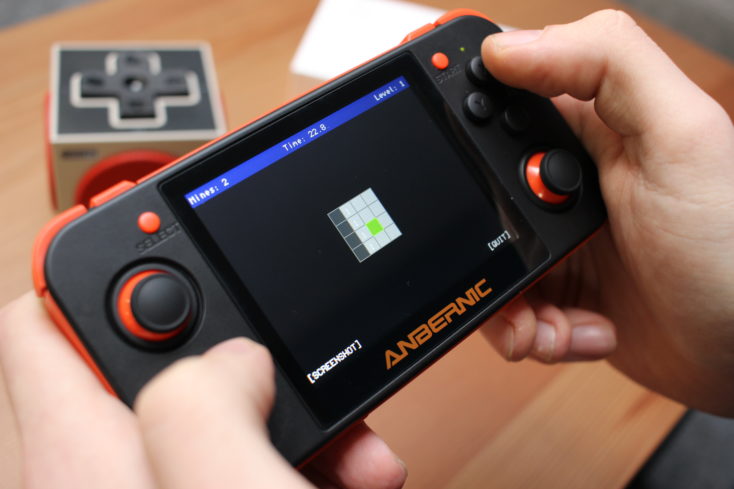 Like the LDK, one of the pre-installed games is Supertux. This Mario clone is a little slower and doesn’t work as intuitively as the original, but it’s still a solid game for such consoles. 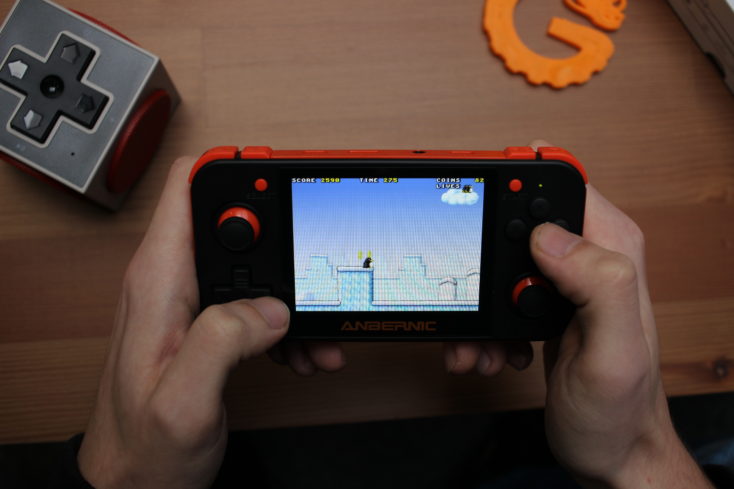 Flappy Bird was an absolute hit among smartphone games. Hocoslampy copies this extremely successful concept and lets you experience this popular game on the console. Although it is much lighter than the original, it is still fun and makes you despair quickly when trying to beat the scores. 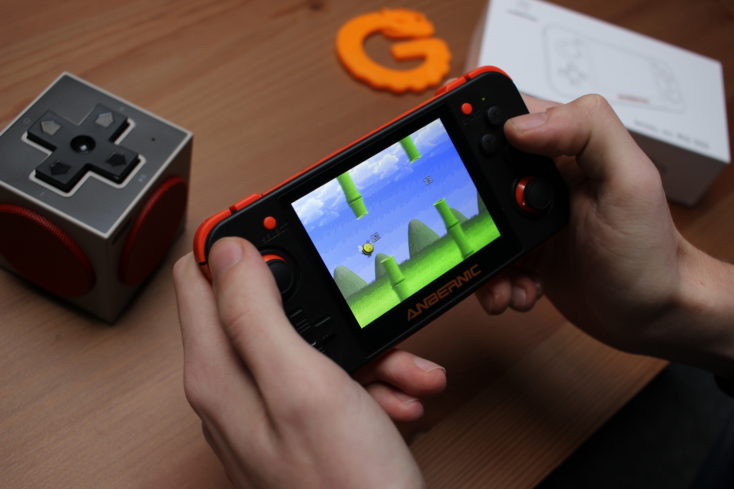 Conclusion: Is the RG350 as good as everyone says?

I can’t really give a clear answer to that. Despite some flaws and problems, the workmanship is surprisingly good and you can install a lot of ROMs if you take your time. However, if you don’t want to spend too much time on the console and the settings, you could get frustrated quite quickly.

For a price of just under $70, the RG350 is by no means cheap, but the processing and smooth running software speak strongly in favor of the console. Since we unfortunately couldn’t install and test any more games, we can’t make a final verdict yet. But since this seems to be an isolated case, we’ll take a closer look at the subject matter and submit this part as soon as possible. If you have any tips for us, please feel free to send them to us in the comments!