0 Kommentare July 6, 2021by Tim
Hey, guys! Just a heads up: The linked offer is already a bit older and the price of the gadget might have changed or it might not be available anymore.

Roborock unveiled their new E-model, the E5, in the US today. Equipped with gyro sensor & their OpticEye sensor, it sets out to clean your home. The Roborock E5 is available as a pure vacuum robot, as well as in the mop version in the form of a vacuuming and mopping robot. A good Roborock entry-level model? 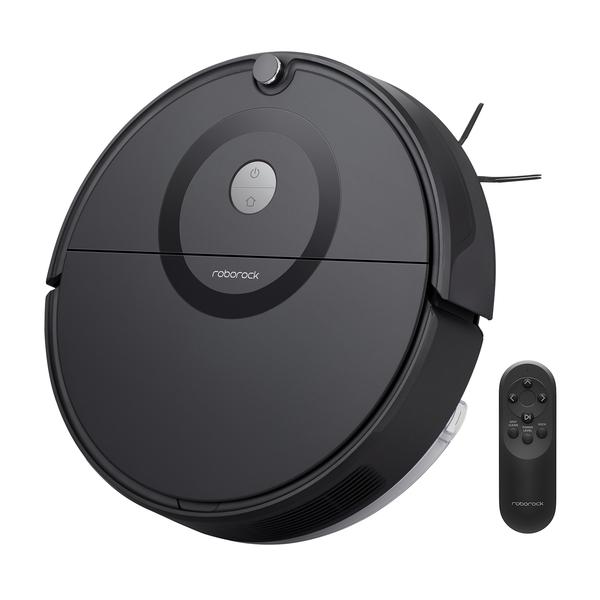 Primarily, Roborock produces LDS vacuuming robots in its own models, which are now also equipped with 3D detection, as in the case of the S6 MaxV. Here, they rely on a slightly different navigation via a gyro sensor and an OpticEye sensor, which seems to be Roborock’s brand term for an optical sensor. To navigate, the robot vacuum thus remembers its movement and detects walls or furniture with the help of the bumpers. With the OpticEye sensor, navigation should also be improved a bit. 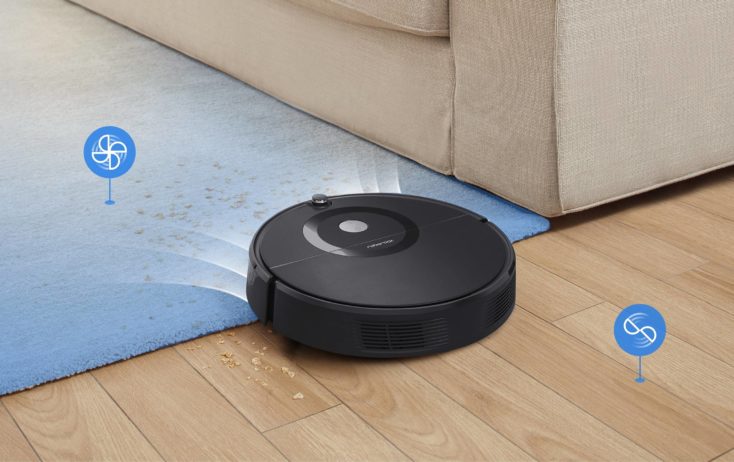 It is equipped with the same suction power of 2500 pa as Roborock’s top model S7. With the suction power we were mostly satisfied with Roborock and probably that will not change here. Like other models, the E5 has carpet detection, which increases the suction power there and lowers it again when returning to hard floors.

The dirt then moves into the dust chamber, which is one of the larger ones with 0.64 l. 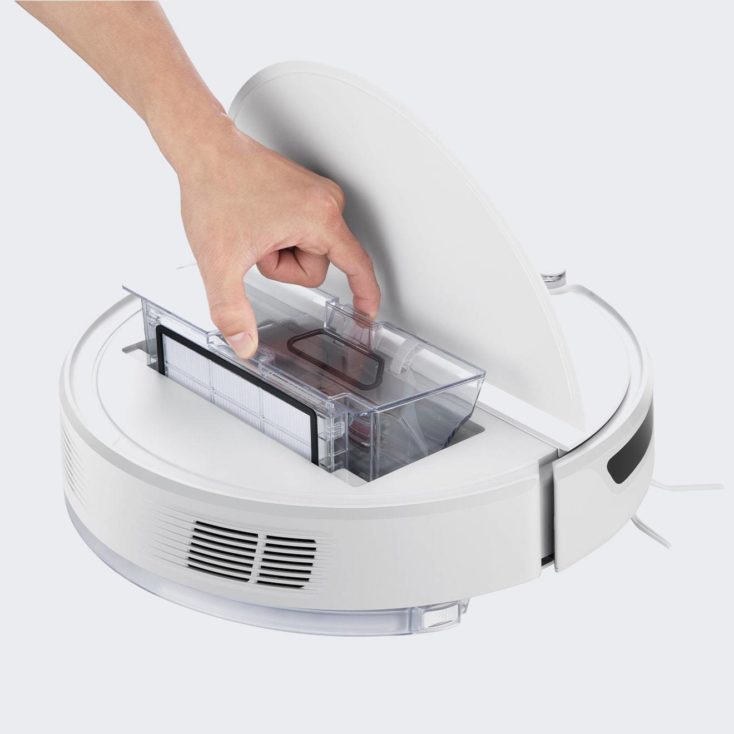 In the normal version, the E5 is a normal vacuum robot, through the optional water tank, it becomes the E5 Mop and is also directly available in this. However, it should also be possible to retrofit the water tank afterwards, if you change your mind and would like to have a vacuuming and mopping robot after all.

In addition to the control buttons on the robot vacuum and the app, there is also a MagBase remote control, which gets its addition from the magnetic back. I wonder if this is compatible with Apple’s MagSafe 😉? You can use it to start the robot vacuum, send it back to the charging station or adjust the suction power. Manual control, like a remote-controlled car, is also possible. Thus, an alternative is created for those who do not want to use the app, as long as you of course do not have to install it compulsively.

You will also find an outline map in the app after the first suction process, but there is no mention of virtual walls or non-swipe zones so far. You can also make the same settings here as with the remote control. The robot is also compatible with the Google Assistant and Amazon Alexa voice assistants. The Roborock E5 is said to be able to vacuum for 200 minutes on the lowest setting, but it can also interrupt the suction process, recharge itself and continue at the same spot. 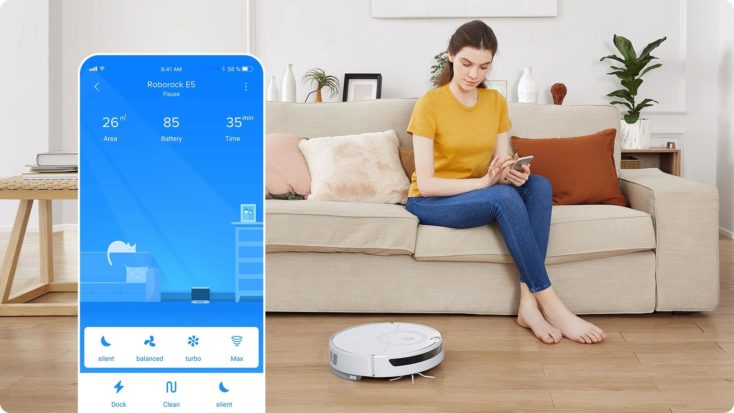 Compared to its brethren, the Roborock E5 definitely has the advantage of being flatter to fit under all sorts of furniture. However, it is probably inferior to them in smart features like virtual walls and better navigation through LDS and 3D. In return, the Roborock E5 has a lower entry price. The normal E5 is available in America for $259.99 (~€220) and the E5 Mop for $279.99 (~€236). You can’t find it here yet, and the Chinese stores don’t have it on offer yet, either. Of course, it has to compete against similar models like the Dreame F9, which is already available for around $220/170€.

Is the remote control an important point for you or do you prefer to navigate your robot vacuum via an app?