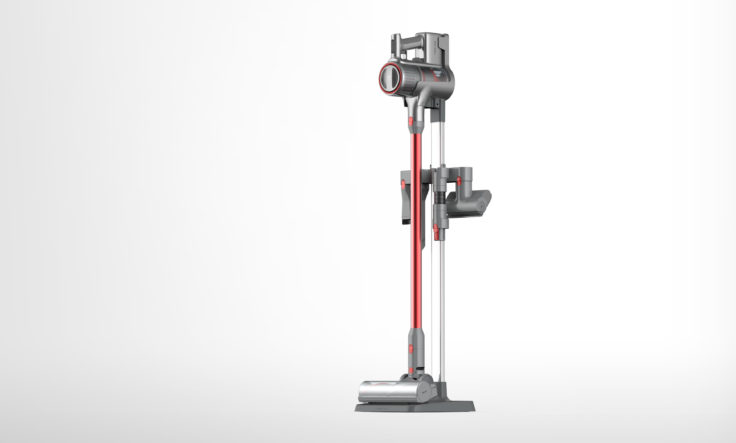 Duel of the Xiaomi subsidiaries: The Roidmi NEX is the current non plus ultra from China, of course a manufacturer with a big name has to be measured directly against the top models. The specs of both models in comparison:

Although these values have yet to prove themselves in practice, it is immediately apparent that this is not inconspicuous behaviour on the part of Roborock, but a frontal challenge to the established manufacturers.

Roborock H6: A pointer for the competition

Roborock is a guarantor for good technology on the vacuum robot market. It is not for nothing that the Chinese act as ODM (Original Design Manufacturer) for the tech giant Xiaomi and thus produce all Xiaomi vacuum robots. After Xiaomi’s initial investments, Roborock continues to encapsulate itself as an independent company – and is now looking to conquer the next product category.

“Known challenges in the handheld vacuum cleaner category are the weight and battery life of the units. With the H6, we now offer a solution that is both lightweight and has a long battery life,” said Simon Wan, Roborock’s co-founder and vice president. But Dyson supporters will cry out for “imitation” when looking at the 1.3-inch OLED above the handle, after all, the Dyson V11 has been shining with it for some time.

The Roborock H6 is supposed to be the optimal addition to the Roborock vacuum robots, which allows you to get into corners after the robot work. Two values shoot straight into the eye here: a battery life of up to 90 minutes in eco mode or up to 10 minutes at the maximum suction level. That is half an hour more than we are used to from other powerful models. And a weight of 1.4 kg – despite the 3610 mAh battery. With this weight, neither man nor woman should have any difficulties in handling, even if you want to remove cobwebs from the ceiling with it.

The OLED is definitely interesting and useful, perhaps pointing the way forward for battery vacuum cleaners from China. Roidmi has an approximate battery display by LEDs on his models, the Dibea models for example always go out suddenly, which is annoying. Roborock sets a good example – even if you might have copied it from Dyson. But other manufacturers also look to the left and right, and you can’t tell them a thing or two about it. Whether LED lights or app controls (which don’t really make sense) are involved remains to be seen.

Will the Roborock H6 make it into our top 5 of the best cordless vacuum cleaners? Our tests will have to show that, but the data reads very attractively. An important factor here will be the price, Roborock estimates a release price of around $400, a price you could possibly live with on Amazon, but it also shows that Roborock is not comparable to other Chinese manufacturers. This is already the highest pain threshold a Chinese producer has ever reached. In return they want to have the maximum in terms of workmanship and technology. Of course we will secure a test model and provide you with more information as soon as possible.

What do you think of the first Roborock cordless vacuum cleaner?