0 Kommentare December 19, 2021 by Fabian
Hey, guys! Just a heads up: The linked offer is already a bit older and the price of the gadget might have changed or it might not be available anymore.

After the great successes with the S5 Max and S7 vacuum robots, the Roborock H7 is once again a battery-powered vacuum cleaner. What are the innovations compared to the first H6 model? 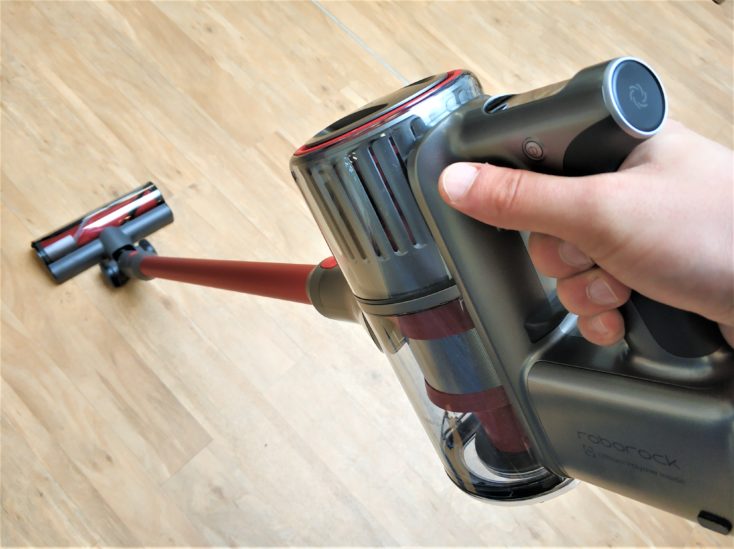 Since the differences to the predecessor are manageable, we will only go into the differences between the H6 and H7 in this report. Everything that is not mentioned here applies to both models accordingly and can be read in our review of the H6.

Technical data of the Roborock H7: comparison to the H6

The scope of delivery: Almost identical

I would like to present it to you as transparently as possible: When unpacking the H7, I was a bit disappointed, after all, when the package was delivered, I was not yet informed about what the new H7 would probably be able to do and what would make it. Then I unpacked the oblong box and had the feeling that they had accidentally sent me the H6 again instead of the new H7. I actually really checked this based on the packaging and instruction manual. Packaging, contents of the delivery, design – it took me a few minutes to realize that there were a few barely visible differences to the predecessor model.

And somehow I had expected more from a major manufacturer that now even runs perimeter advertising for Bayer 04 Leverkusen in the soccer stadium – you may have already seen the S6 MaxV rolling along the side there. Much more.

As always, my first reach is towards the main element, suction tube and floor nozzle. At the main element, I expected to be able to remove the 3610 mAh battery, but unfortunately it is not replaceable, nor was that of the H6 yet. Since this is an upgrade model, this step would have been logical from my point of view – not to double the still lush 90 min. working time on the lowest suction level, but to extend the overall life of the vacuum. 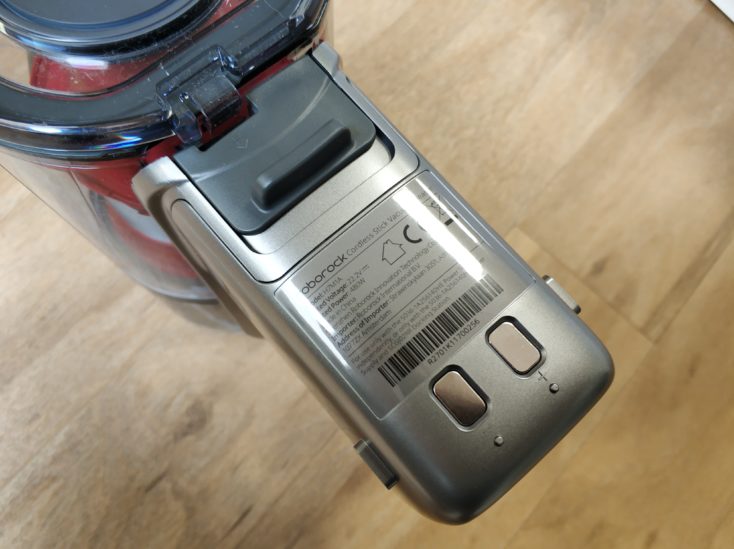 Roborock hasn’t completely lost sight of the battery, though, so they give the H7 a LiPo battery (lithium polymer), which enables constant suction power, less heat generation, and above all, a reduction of the battery charging time to 2.5 hours. Also included is a child lock that can be set via a button located above the handle.

The wall mount has grown a bit compared to its predecessor and now offers magnetic surfaces on the sides. Thus, the individual included attachments can be magnetically docked to the wall mount without much fuss.

This actually works quite well and is practical, only the somewhat heavier mite attachment slips off a bit sometimes. Roborock calls the construct MagBase (magnets + base).

Then we have two small dust bags in the carefully sorted egg cartons, which remind us of miniature versions of the dust bags from robot vacuuming stations. In fact, that’s more or less what they are.

These now replace the conventional filters in this cordless vacuum cleaner. This keeps the dust container clean and does not have to be emptied by hand, which is primarily helpful for allergy sufferers. I might not have noticed the increase in the dust chamber from 0.4 to 0.5 l if I hadn’t read up on the new value. The increase in suction power from 150 to 160 AW doesn’t help either, since the performance on hard floors was hardly worse even with the H6 and isn’t too noticeable on carpet. However, Roborock emphasizes that the suction power remains consistently good during the entire working time and has also had this certified by TÜV Rheinland.

Let’s briefly summarize the innovations and advantages of the H7 compared to the H6:

The H6 was announced at CES in early 2020, so the H7 is now coming about a year and a half later. Unfortunately, not too much seems to have happened in that year and a half. While Roborock is right up there with robot vacuums in terms of innovation, this new battery-powered vacuum isn’t a particularly exciting move. Only the magnetic attachments are a nice innovation, the dust bags and child locks will be quite indifferent to most users.

I was expecting an intensive test followed by a long and detailed review,but I am left somewhat perplexed. For me, the Roborock H7 is more like an “H6 Pro”. How do you feel about the new model?