1 Kommentare April 16, 2022 by Fabian
Hey, guys! Just a heads up: The linked offer is already a bit older and the price of the gadget might have changed or it might not be available anymore.

The Roborock S5 Max is probably one of the most popular vacuum robots on the market. It convinces with reliability and a good cleaning result. Now the Roborock Q7 Max wants to follow up on that this year. Will this be the next hit vacuum robot? We do not find anything unexpected in the package of the Roborock Q7 Max. Besides the charging station and the robot vacuum, there is also a manual and the wiping element. Although it is not usual to include a second wipe, it would still not have been bad here. If you have bought the Plus version of the robot vacuum cleaner, you will of course also get another dust bag. However, we are in for a surprise, because the dust bag is different from the one used in the S7. The biggest difference is probably the cardboard slipcase, which has been replaced by a plastic holder. You now throw away a piece of plastic with every dust bag. Of course, this is more robust, but it is also a bit wasteful.

If you know one Roborock, you know them all. Design-wise, you don’t go too wild and the two color options of black and white are nothing new either. In most things, it really resembles the Roborock S7. Only the number of sensors, positioning and shape differ slightly. So you have something like a model platform here, which is also not the first time we’ve seen this. 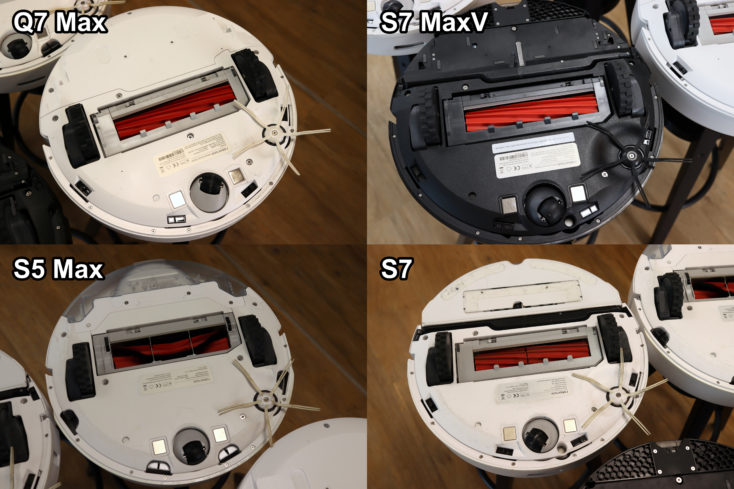 Accordingly, Roborock also offers the usual quality here. High-quality parts made of plastic, rubber and the like with clean assembly. The same quality is used here as in the more expensive S7 MaxV model.

If you look at the S5 Max as a spiritual predecessor, not much has changed in terms of sensors. One still relies on the laser spatial measurement via the tower on the top and supplements this with fall sensors and additional sensors on the front and side for detecting e.g. walls or door frames. Also always present: the contact bumper, which as a last resort alerts the robot vacuum to an obstacle. An object detection from the MaxV models is unsurprising here, but not integrated. 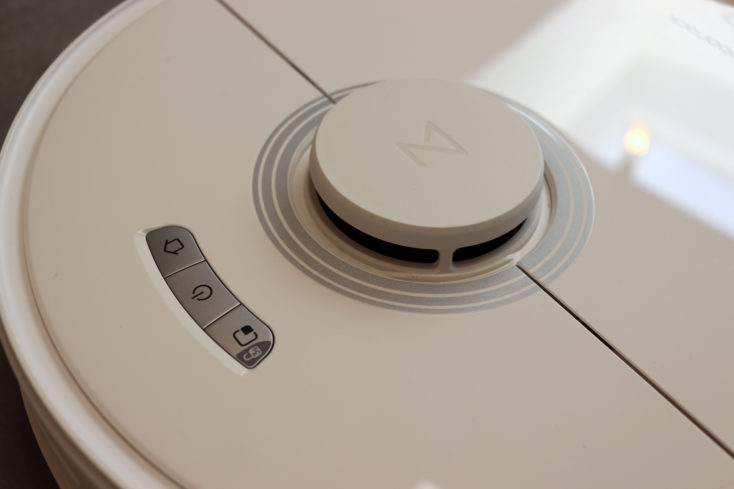 Therefore, power strips with cables lying around and other small objects are still an obstacle that the robot does not recognize. Thus, the Q7 Max directly started to “rampage” in our office and messed with a few cables and a mannequin standing around. He is not alone with this technology, and you have to prepare your four walls a bit for him. However, if you have eliminated individual problem areas or blocked them via a restricted zone in the app, then the detection of the living environment works flawlessly and quickly. It navigates safely through the apartment and finds its station again without problems. 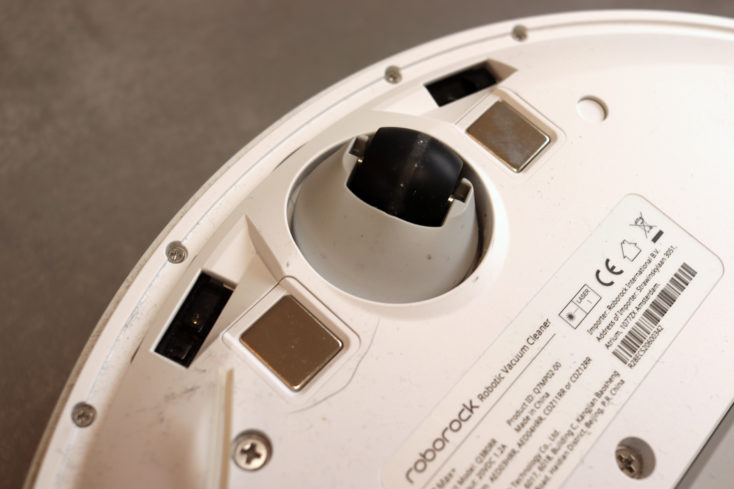 As with all vacuum robots, glass doors are an undetectable obstacle, but it recognized the rooms behind closed glass doors as such, even if I had to correct two rooms. In summary, we can say that the navigation is as expected and the Roborock S7 does not perform better or worse here.

With the high suction power, you would naturally expect a better suction performance than with the Roborock S7, which is already an improved S5 Max. However, that is not necessarily the case in practice, because the Roborock Q7 Max performs quite similarly on the main opponent of vacuum robots, the carpets. In parts, however, it seems a bit faster and it darts through the four walls. But it has to be said that a similar performance to the Roborock S7 is definitely not a bad result. If you don’t just completely clean your carpet every few days, it gets clean as well. We don’t even have to talk about hard floors, which are cleaned reliably.

In the Q7 Max, the oatmeal is slightly more distributed, but it is the same amount.

There is not much exciting to say about the wipe function. In the Q-series you save features, which then justify the surcharge for the S-series. Here is the wiping function, which is the conventional variant here, where the robot vacuum virtually drags a wet rag behind it. Although you can control the water output electronically via the app, you only have to wipe it wet once. Vibration wiping or even wiping via rotating mops are clearly better here. The VibraRise function, which raises the mop plate on carpets, also remains exclusive to the Roborock S7 series. This makes the mopping function a nice addition, but those who really want a good mopping result will still have to reach for the Roborock S7 or alternatives.

Roborock typical, there are again two app connection options available. Once the Xiaomi Home app (Android | iOS), but also the Roborock (Android | iOS) own. If you already own Xiaomi Home devices or plan to do so in the future, it is of course convenient to have everything linked in one app. Both offer a similar range of functions. The setup is uncomplicated. Simply select the robot vacuum in the app, enter the Wi-Fi password, and it should be integrated.

Anyone who has ever had a robot vacuum cleaner with an app will not be too surprised about the range of functions here. First, the Q7 Max wants to drive through your home to create a map. This is done very quickly and within half an hour, the robot has scanned our 105 m² office area. At the same time, the robot divides the route into the individual rooms. If you still need to make adjustments, you can also do so in the app. With the help of virtual walls and exclusion zones, you can then also edit the map to seal off problematic corners and areas. If you have several sticks in your home, you can save different maps for them.

Instead of the 2D map that is activated by default, there is still the 3D view. You can see a three-dimensional outline of the surroundings and place virtual furniture there. The furniture itself is useful, since you can instruct the vacuum robot to clean around it. Maybe it’s just me personally, but I find the 3D map less clear and pretty useless. What do you think?

The range of functions also includes the individual setting options. The suction power and water output during mopping can be adjusted in four stages. The robot settings also include a “do not disturb” mode, a carpet boost and a child lock. A regular cleaning schedule can be set via the schedule so that the robot can start cleaning regularly.

With the Roborock Q7 Max, the company has set itself the goal of equipping a proven robot vacuum from them with a suction station at a moderate price. Did they succeed in doing that? Yes and no, but the Q7 Max definitely fits in well with the Roborock portfolio. We have once the top model with the S7 MaxV, which is Roborock’s all-inclusive package. Then the Roborock S7, which once again stands out from the now released model with its convenient mopping function and suction station without dust bag. So for me, the Q7 Max is the model for those who don’t care about the wiping function and would like to have an extraction station or at least the option to buy it later. Certainly, the S5 Max is still an option for those with little carpet, but then there is no suction station and I would not be surprised if it is also slowly sent into retirement.

But there are not only Roborock on the market, but also other manufacturers. As a direct competitor, I see the Dreame product family consisting of D9(Max), L10 Pro and Z10 Pro. These can score with a similar range of functions and offer a lower price. With Roborock, you also slowly pay for the brand name and its reputation, which is quite good.

To sum up: If you are looking for a pure vacuum robot and would like to have a Roborock, you won’t go wrong here. The Roborock S7 or Midea S8, for example, offer more wiping power, and Dreame is cheaper.

Are you driving around with an S5 Max and do you miss a suction station?