9 Kommentare January 18, 2021by Tim
Hey, guys! Just a heads up: The linked offer is already a bit older and the price of the gadget might have changed or it might not be available anymore.

We assumed that Roborock would be at the end of its 2019 production loop this year due to the many new models. Then we received a press release: The Chinese tech producer will present two models at IFA 2019 (we will be there as well). We already know the Roborock S6, it’s more about an old acquaintance. The Roborock S5 gets an upgrade successor, the Roborock S5 Max. 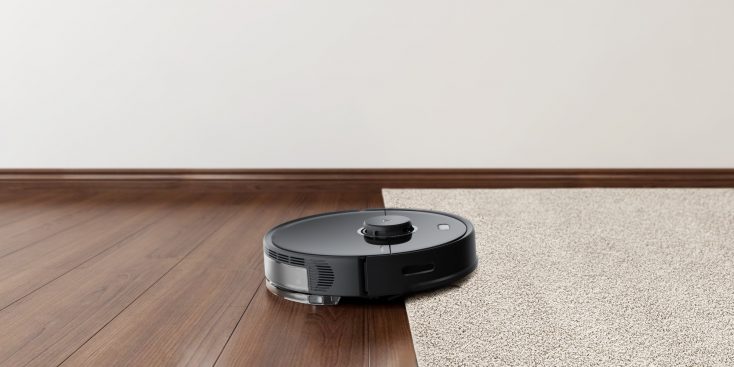 Technical data: Comparison to the predecessors

As you can already see from the technical data: Most of the data has remained the same in a direct comparison. The differences in the mopping function and the new room layout should be emphasized. Accordingly, this article deals with the new features, everything else can be found in the review of the S50.

Adjustable amount of water when mopping, electric water tank with more than twice the capacity of its predecessor (0.29 l vs. 0.14 l), set up no-mop zones: It is quite clear that Roborock’s S5 Max is an upgrade to the S5 that primarily wants to score with a powerful mopping function. It’s definitely positive to be able to adjust how much water lands on the microfiber cloth, and the robot may also put enough pressure on the floor to make the mop dust in the storage chamber.

The enlarged water tank is just as positive, as the robot can mop larger areas autonomously and in one cleaning process. Nevertheless, 0.29 l are not a private label and are still somewhat small. Of course, this is also due to the limited dimensions of 35.3 x 35.0 x 9.65 cm. On the visual map created via LDS (laser distance sensor), you can save your carpets from getting wet by drawing in no-mopping zones.

Visually, the S5 Max gives the impression of looking at the Roborock S55 (the black version) or the Roborock S6 in black. However, the robot vacuum cleaner has one less control element on the upper side, the button with the “Mini Room Work Mode” has been omitted. Apparently Roborock has recognized that with App controllable models you only need the buttons for “On/Off/Start/Stop” and “Back to charging station”. A comprehensible train of thought.

Room division: first the kitchen, then the living room

The editing and renaming of areas/rooms in the app is a function that we already know from the Ecovacs models. In addition, there is a scheduled cleaning of individual areas and rooms, so that you can tell the robot when and in which order it is driving which room. For example, at 9 AM the kitchen, then at 11 the living room and so on. Scheduling the working times of vacuum robot cleaners in 2019.

With more than 13 sensors installed, the vacuum robot will have no difficulty reliably detecting furniture and other obstacles in its usual Roborock quality. Of course all functions and technical data still have to prove themselves in practice, first of all we will listen Roborock at their booth at the IFA (September 06.-11. 2019) for further details.

We’re not sure if you really need to bring out a new model for improved mopping and space management. Perhaps the electric water tank could have been sold as an accessory and the software page could have been improved via a firmware update. Even if it’s probably easier to say than do, the solution with the S5 Max isn’t very customer friendly – unless you don’t have a Roborock yet, of course.

Our assessment: The calls for an S5 successor weren’t loud or not really there, now that it’s on the market, this won’t change much. An intermediate between S5 and S6 – which the S5 Max seems to be – is more confusing due to the high product density than because it was really required. Whether the Max will secure a position in the market is not absolutely certain at Roborock for the first time. Or do you disagree?