0 Kommentare January 9, 2022 by Fabian
Hey, guys! Just a heads up: The linked offer is already a bit older and the price of the gadget might have changed or it might not be available anymore.

Actually already expected in 2021, the Roborock S7 MaxV is now presented at the beginning of 2022. Not only will the suction power be increased to 5100 pa, but the 3D recognition ReactiveAI will also be improved with version 2.0. Then there is the new S7 MaxV Ultra version with a completely new suction station that also refills water and cleans the mop at the same time. The new flagship vacuum robot? 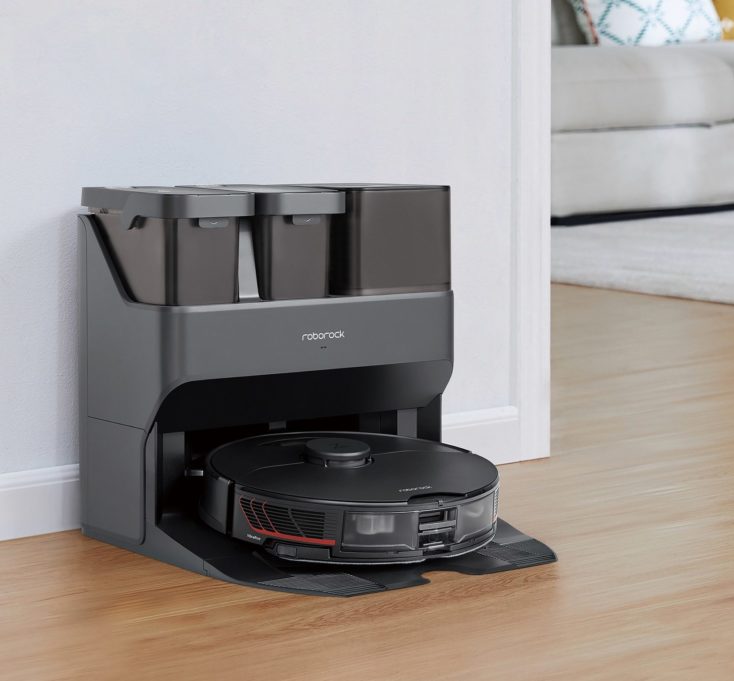 To start with, here’s a quick overview, because the S7 MaxV comes in a total of three versions.

Externally quite the same

Visually, and also with most of the components, one remains true to oneself. The S7 MaxV is also a round Vaccum Cleaner with the lifting vibration mop known from the normal S7, known as VibraRise at Roborock.

The MaxV series differs from the normal S series by the installed 3D recognition. The last model here was the S6 MaxV, although the S7 can be seen as the predecessor, despite the different navigation. The S7 MaxV is now equipped with the new ReactiveAI 2.0, which brings some innovations. 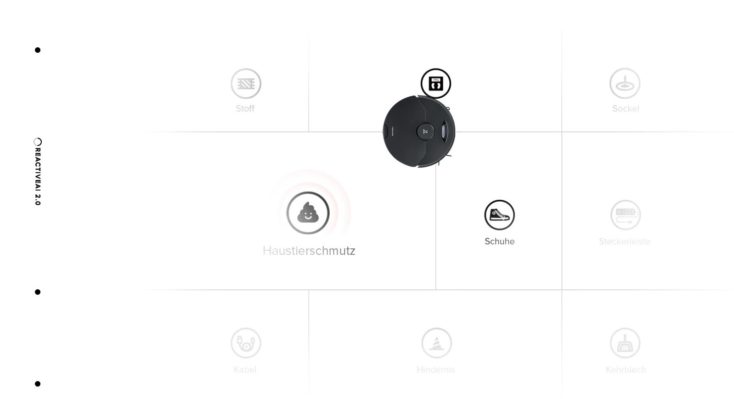 Instead of the stereo camera, a camera and presumably a ToF sensor are now used. They want to improve the recognition once again. I am curious about the practice, because we have not seen anything new from Roborock for a while now. At the same time, the computing unit that processes the data from the sensors and the camera has been improved. The speed and accuracy of this new unit is especially praised. 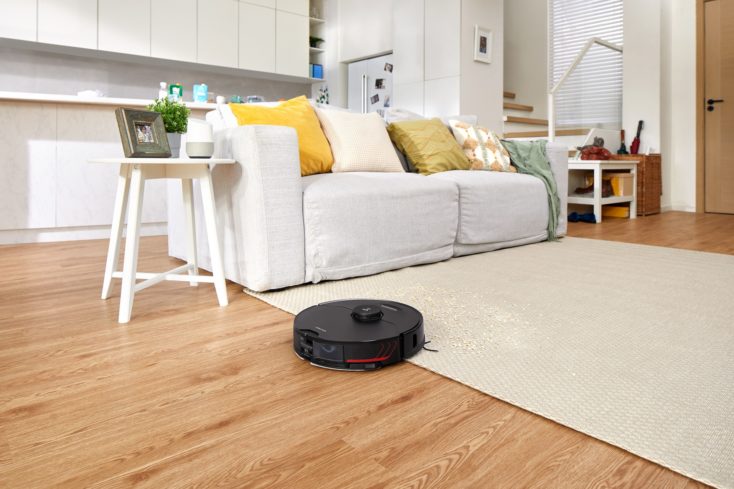 The new S7 MaxV is now also able to recognize floor coverings and display a 3D map. Functions where you catch up with the competition from ECOVACS and Xiaomi. 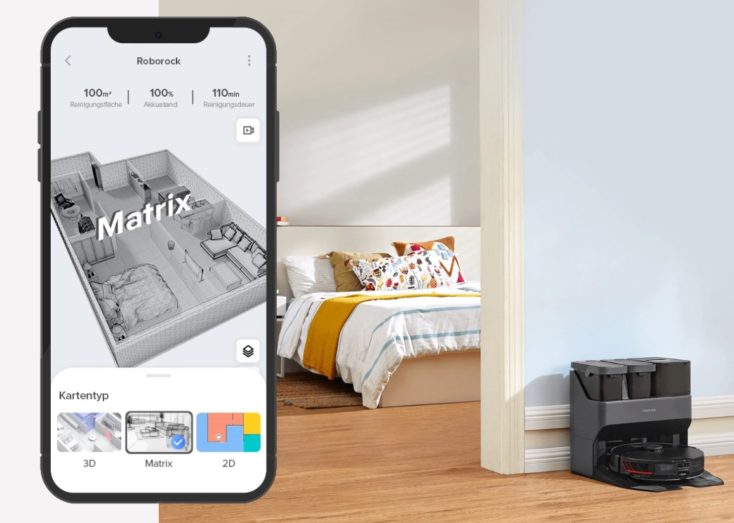 But not only the navigation has improved, but also the cleaning qualities. Of course, the suction power of 5100 pa stands out. A big leap, one has set in the last models still on 2500 pa. If you look at the competition and also previous models in practice, the new model should be able to handle even the trickiest situations now. The aforementioned VibraRise technology, which is a liftable vibration mop, is also back. However, there are no improvements or other innovations; it is the same system as in the Roborock S7.

Apparently, an improved rubber roller has also been installed, which is more effective against hair tangling, but it still looks very similar to the S7. We’ll have to see how effective the solution is in practice.

Two suction stations to choose from

So much for the basic version of the Roborock S7 MaxV, but it doesn’t end there, because there are two suction stations to choose from. 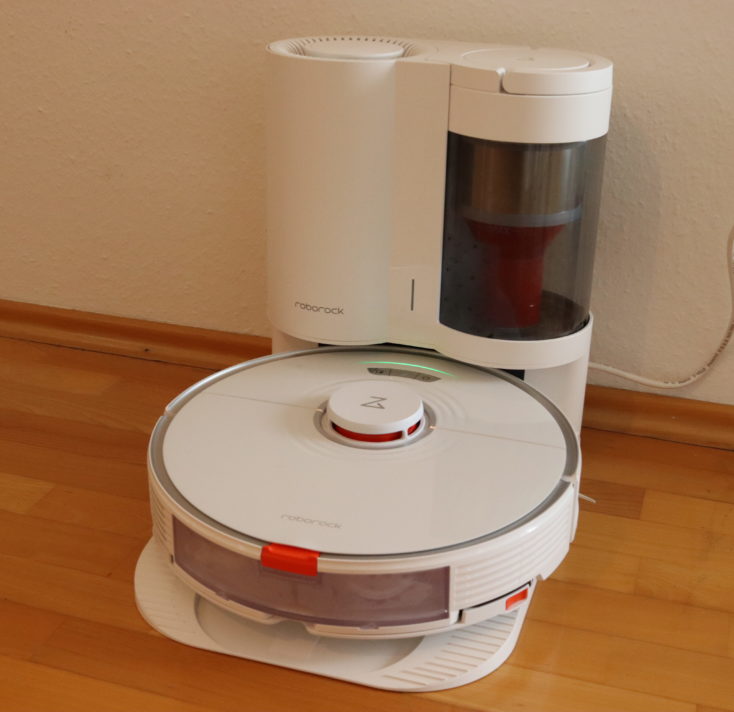 The Roborock S7 MaxV Ultra is clearly the star of the show. The normal S7 MaxV is joined here by the Ultra suction station with water refilling and cleaning. Once the robot vacuum has done its work, it is not only vacuumed, but the mop is cleaned and the water tank is refilled at the same time. In principle, this is an almost autonomous system, where you only have to take care of the station.

However, you still take a small step backwards with the suction station, because it only works with a bag, which you have to replace every 7 weeks on average according to the Roborock. However, this figure naturally depends on the set suction schedule and the pollution of your home. The cyclone dust chamber of the normal suction station is still a unique selling point and has made the consumption item dust bag irrelevant. I find it a bit of a pity that it is dispensed with here. 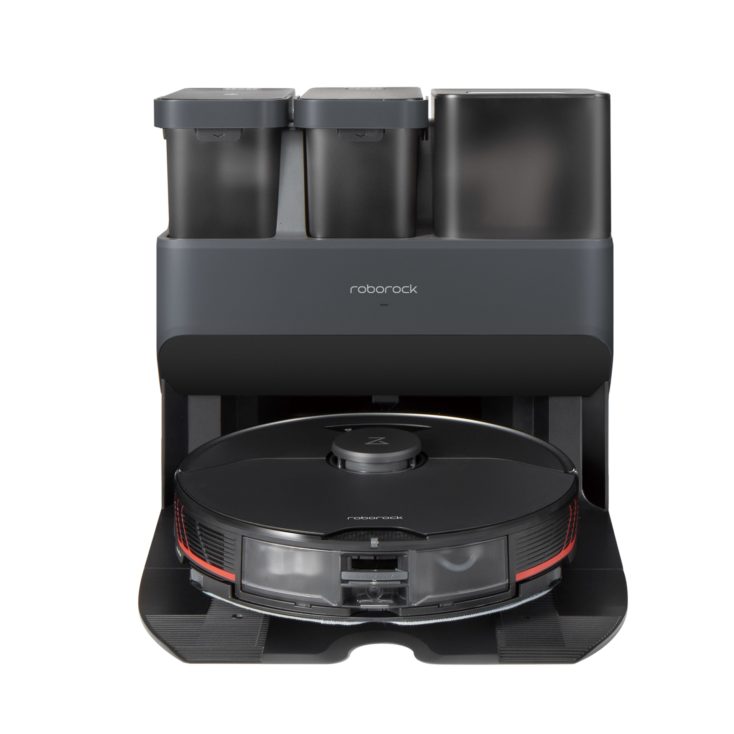 For cleaning the mop, there is a movable device with a water nozzle on the bottom, which uses water from the fresh water tank for this purpose. The used cleaning water then goes into the waste water tank. The only thing missing here is a hot air drying system like the Dreame W10 or ROIDMI EVA, which is probably not necessary with the more classic mop of the S7 MaxV. 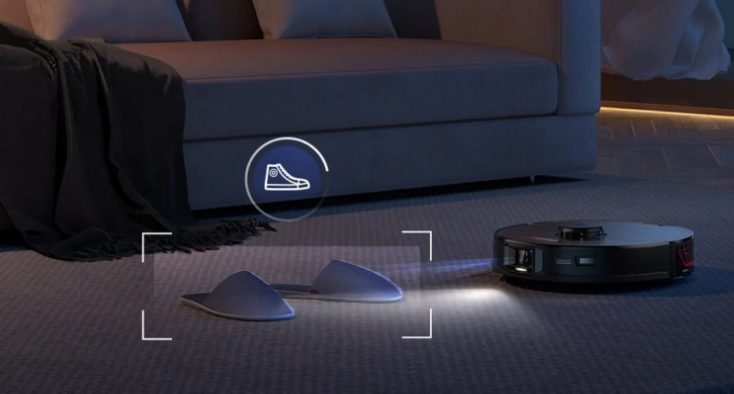 In general, it should be noted that all components of the versions can be purchased individually. So, if you decide to buy the S7 MaxV individually, you can purchase the desired suction station afterwards. Certainly also a good hint for bargain hunters.

The S7 MaxV will make the already very good and popular S7 even better. With more precise navigation and even better suction power, it’s already a blast. I think it’s good that the established suction station continues to be used in the Plus version, starting something new here every time would have been nonsensical.

However, the S7 MaxV Ultra, which becomes very autonomous with the 3-in-1 suction station and really represents the ultimate version of the S7 series, is of course huge. But it also has to be said, here you also get into ultra price regions. An MSRP of 1399€ (~$1578)for the S7 MaxV Ultra, you have to swallow. Especially since you also get competition from cheaper providers, so the ROIDMI EVA is similar and cheaper in many points. Clearly, both models are not 1:1 comparable and Roborock from the name also another house number, but I see there already attack potential. The prices of the normal S7 MaxV and S7 MaxV Plus were expected, but the increased suction power and AI detection must also be convincing compared to the S7.

1399€ (~1578€) for a vacuum robot, many first cars after the driver’s license did not cost that much. How do you see that? Which model is worth it and do you go for the Ultra?