It is better to do everything right with one model than to do almost everything right with ten different ones: Roborock wants to build on the great success of the S5 Max and presents its latest creation at CES 2021. With the Roborock S7, the Chinese manufacturer fully relies on the mopping function and is the new technological pioneer. 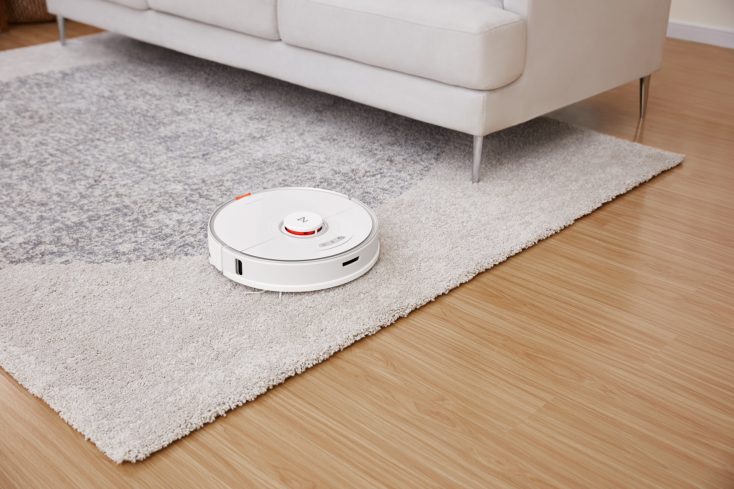 Roborock continues to focus on a wide variety of products. The S6 MaxV detects small obstacles such as cables or toys, the S5 Max is the all-rounder and the S4 is for those who do not need a wiping function on their vacuum robot.

Since the wiping function is used a lot in hybrid models consisting of vacuuming and wiping and was not really implemented convincingly by any manufacturer in the past, Roborock is now taking several technological steps forward. For example, the new S7 can automatically raise its mopping module to avoid wiping short pile carpets. It detects these using new ultrasonic carpet detection technology.

Roborock calls the automatic lifting of the mop “Mop Lifting”. This makes Roborock the first manufacturer in the world with this technology. But that is by no means the end of the story.

Using a vibratory water tank, the S7 presses the mop module onto the floor twice as hard as the S5 Max or S6 MaxV. This is supposed to help remove even dried stains from the floor. Roborock calls this “Sonic Mopping“, the lifting of the mop module in combination with the vibrating water tank is called “VibraRise“.

VibraRise (a combination of Vibrate + Rise) will probably make the drawing of non-mopping zones on the virtual map obsolete in the future, but the feature will still be included in the Xiaomi Home app (Android, iOS) and Roborock app (Android, iOS). Since the S7 “only” recognizes short pile carpets and can avoid them with the wipe function, owners of high pile carpets can still use the feature.

There are various scenarios in which the S7 raises the wiper module – by itself, of course: 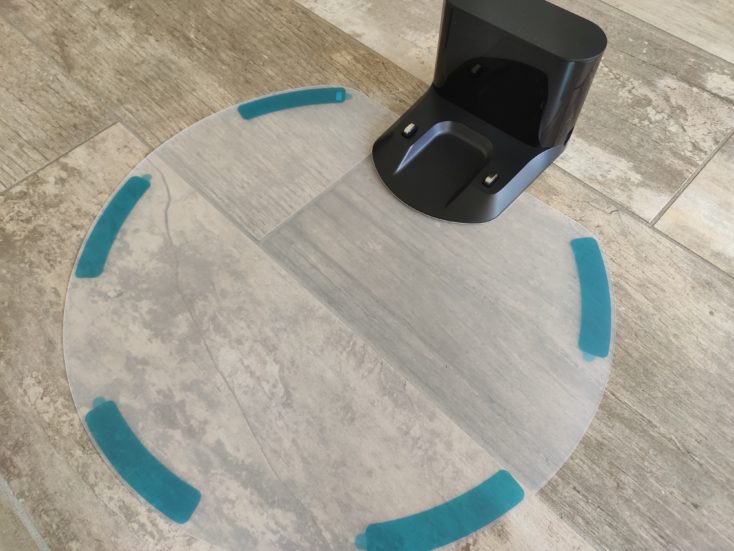 The mopping intensity can be set in the app: 1650, 2300 or 3000 times per minute. A “thorough” mode can also be set, which reduces the suction power and increases the wiping intensity, as well as wiping twice in one pass. Also new: The mopping route is now displayed on the virtual map (live mapping) in the app, as are carpets. We’re already familiar with the latter from the Ozmo models from Ecovacs.

The focus is clearly on the mopping function, but the main brush on the bottom has also been replaced compared to the previous models and is now completely made of rubber. Thus, it is supposed to be more suitable for (pet) hair and to nestle better to the floor. The outer edge of the S7 is also made of rubber and provides better protection in case of possible collisions.

Less exciting, but also new, is the child lock, which can be switched on via the left of the three control elements (button with lock symbol). This way, small children, but also pets, cannot interrupt the cleaning run too easily.

Apart from the aforementioned innovations, the S7 is functionally on the same wavelength as the S5 Max: Live mapping with selective room division (separate control of the rooms), floor storage (several virtual maps can be stored), voice control via Alexa and Google shortcuts as well as continued cleaning (continues cleaning if 3 h of working time should not be enough) are just a few keywords.

The mopping function of the Roborock S7 could be epic. We know from past experience: When Roborock plans to do something, they do it right. You can tell that the Chinese manufacturer takes the customers’ wishes seriously and seems to “listen”. Quite a number of people have wished for an S5 Max with a strong mopping function.

Of course, we will test the Roborock S7 as soon as possible. New technologies are exciting, but they also have to work in practice. The price of $649 is not exactly pleasant for the wallet, but there will definitely be buyers for the first flagship model with a good wiping function in the second quarter of 2021. We do not want to be too euphoric, but we have a really good feeling about the S7.

What do you think of the new mopping technologies?