1 Kommentare September 28, 2020by Thorben
Hey, guys! Just a heads up: The linked offer is already a bit older and the price of the gadget might have changed or it might not be available anymore.

The Royole Flexpai was the first smartphone with a foldable display at the end of 2018. It served as a prototype, was accordingly very expensive and not intended for mass production. But it did spark this movement and forced major manufacturers like Samsung and Huawei to introduce their foldable smartphones. Now the manufacturer has introduced its successor: the Royole FlexPai 2. 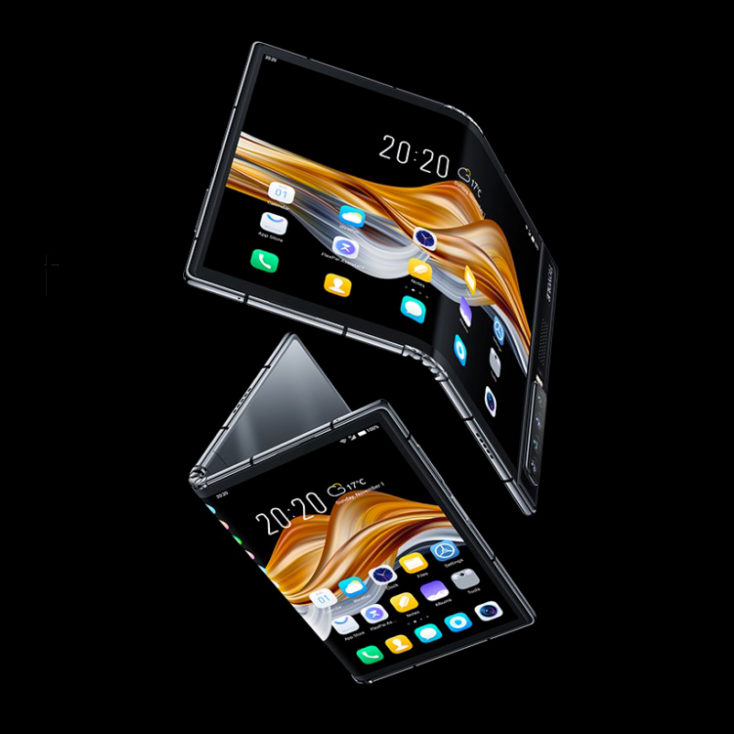 At the Mobile World Congress 2019 we actually had the opportunity to hold the Royole Flexpai in our hands. Even though it was equipped with the top hardware at the time, such as the Qualcomm Snapdragon 855, it quickly became clear that Royole was not a smartphone manufacturer. The operating system was flawed, animations failed and the software was not well adapted to the foldable display. In fact, Royole is or was until then simply a manufacturer of such flexible displays, which they have also integrated into fashion accessories, for example.

The Royole Flexpai 2 – what is different?

The biggest and most important change to the new FlexPai is of course the display. This is the third generation of the so-called Cicada Wings, a completely flexible OLED display. This is now supposed to be much more robust and has been bent by Royole over 200,000 times without leaving any damage. Thus, even after so many openings of the display, the fold is almost not visible, as the folding radius has also been reduced to 1 mm. Royole has installed a hinge which allows a 180° opening without having a visible gap, as in the previous model. The folding should be infinitely variable.

Apart from that the actual panel has also been improved. There is now a 1.3 times larger color space, the contrast ratio has been improved by a factor of five and also the brightness is on a higher level overall. The OLED panel should also react faster, the reaction time is now 0.4 ms.

Royole does not save on the specs

As was to be expected, the Royole FlexPai 2 is equipped with the Qualcomm Snapdragon 865 processor. The first one already used the then current SD 855. The top processor is joined by either 8 or 12 GB LPDDR5 memory and 128 or 256 GB UFS 3.0 mass storage. WaterOS 2.0 is pre-installed on it, Royoles own surface, which is based on Android 10. It seems that the whole design has been revised and the software is now (hopefully) better adapted to the special requirements of the hardware. The manufacturer advertises with intelligent multitasking and single-touch shortcuts when closed. 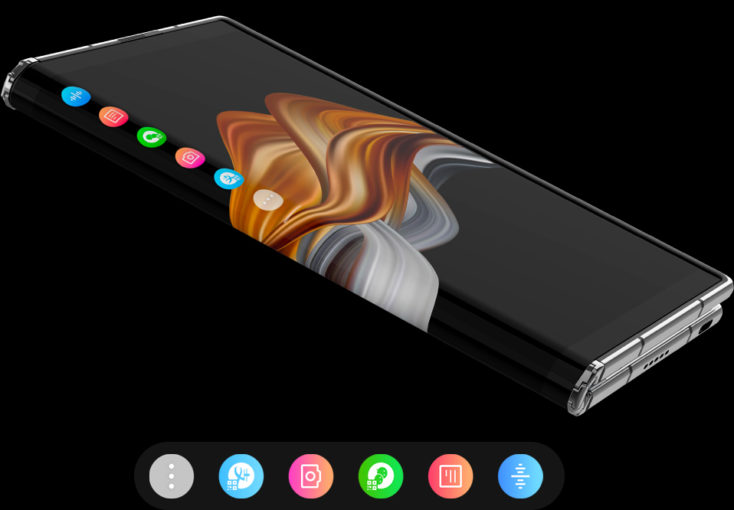 The battery has a size of 4.450 mAh, which is a bit below average considering the display size. However, due to the design, more capacity could probably not be integrated. Charging is possible with the included 18W charger. On the back is a quad camera consisting of 64 MP main camera, 16 MP ultra wide angle camera, 8 MP telephoto camera and a 32 MP portrait camera. Underneath is a flash. Since the camera is virtually on the front, the selfies are also recorded above it. 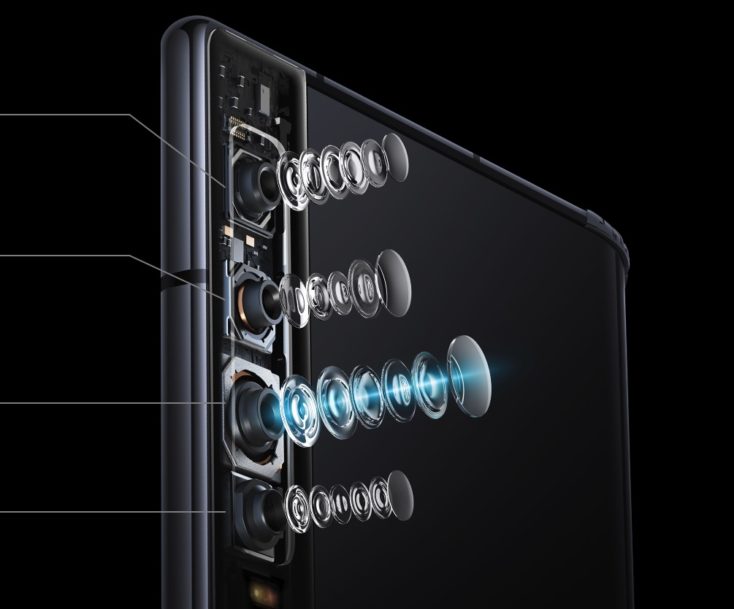 Since the FlexPai 2 is suitable straight in the unfolded condition well for the medium consumption, Royole thought also of Stereo Speaker. Thanks to the CPU, 5G is also integrated for on the road, whereby the foldable smartphone also supports LTE. Whether all LTE bands are integrated, the manufacturer does not reveal. But at least current Bluetooth 5.0, WiFi 6, GPS, A-GPS and USB C 3.1 are integrated. A memory expansion is not possible, but there is the possibility of dual SIM.

Maybe you noticed it a little bit in the article, but despite this promising announcement, we are a bit skeptical. Sure, up-to-date hardware, a 180° foldable OLED display, four cameras and a revised operating system sound very good. And all this at a price of just around ~$1455! However, Royole is not a smartphone manufacturer in the classic sense and a big player like Samsung has just developed a seemingly reasonable folding smartphone. And Xiaomi is also working on it, but hasn’t released anything yet. Maybe the first FlexPai was just too disappointing.

What do you think about folding smartphones? Are you up for it, or don’t you think they can catch on?