2 Kommentare October 7, 2020by Jens
Hey, guys! Just a heads up: The linked offer is already a bit older and the price of the gadget might have changed or it might not be available anymore.

Segway-Ninebot is known for many e-vehicles, starting of course with the Segway X2, but later also for e-scooters, e-karts and even a hoverchair. Now an almost classic moped is also added, which of course gets an electric motor again. The project is currently financed by Indiegogo. 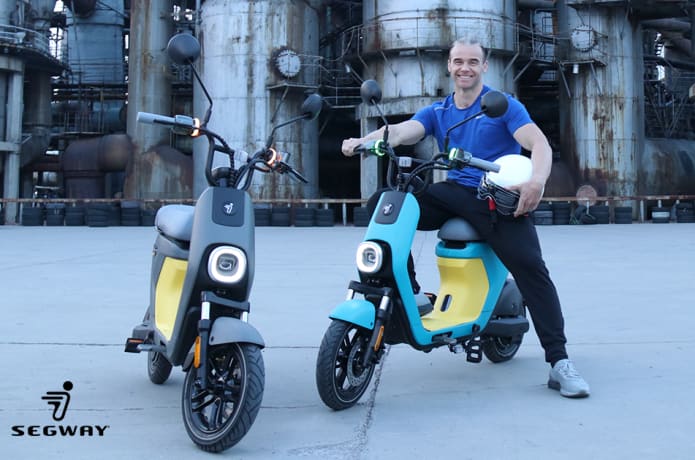 For the time being only in North America

According to Indiegogo, they only deliver to addresses in the United States or Canada. That it finds its way somewhere else is currently not impossible, but not very likely. Therefore, all we can do at the moment is to look across the pond with curiosity and interest and hope that more will perhaps be done in the area of electromobility in Germany. After all, other Segway products are already being sold here.

Segway calls it an e-bike, but by our definition it is probably simply an e-moped and looks exactly the same. It rides up to 32 km/h (officially 20 mph), has a range of 85 kilometers (officially 52.9 miles) and some “smart” features on board. 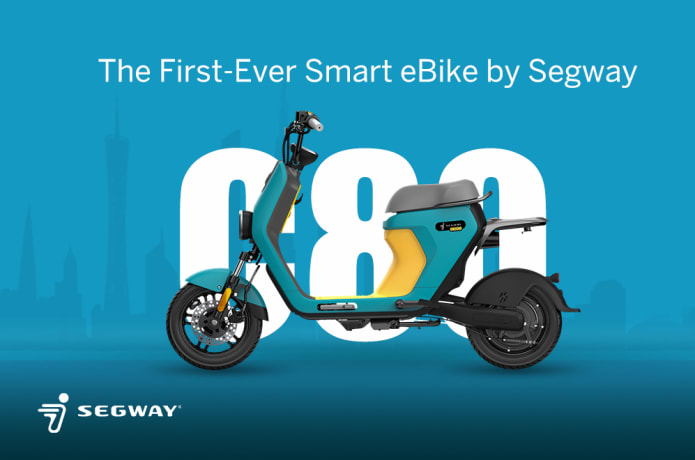 It starts with an NFC tag that can be used to unlock the moped. Two corresponding cards are included. If you hold them on the sensor in the handlebars, the moped is ready to start almost immediately. In the same way, the vehicle can be locked again. Sensors in the seat and in the handles also detect when you stand up and move away from the vehicle, which also activates the lock after a few seconds. So you cannot forget to connect the C80. Settings for all these functions can be found in the corresponding app.

An anti-theft function warns you when the moped is moved and automatically locks the tires. Via GPS the position of the C80 can be tracked anytime and anywhere.

Segway on the right track

At $1,899 the Segway e-Moped C80 offers an acceptable price. The delivery only to North America makes the e-moped interesting only for a small market. But the Segway e-Moped C80 could be worth the money. So what do we take from the whole thing? With the Segway eMoped C80, the manufacturer is delivering a promising product that definitely speaks a contemporary language with features like NFC, app support and sensors in the seat. What do you believe? Would you also like to have the e-moped in your country?