0 Kommentare January 15, 2019 by Maike
Hey, guys! Just a heads up: The linked offer is already a bit older and the price of the gadget might have changed or it might not be available anymore.

Man, if we’d discovered this gadget before Christmas. After all, such a semi-automatic tape dispenser would have saved us some time and fiddling around packing presents. But isn’t that too expensive for a China gadget? 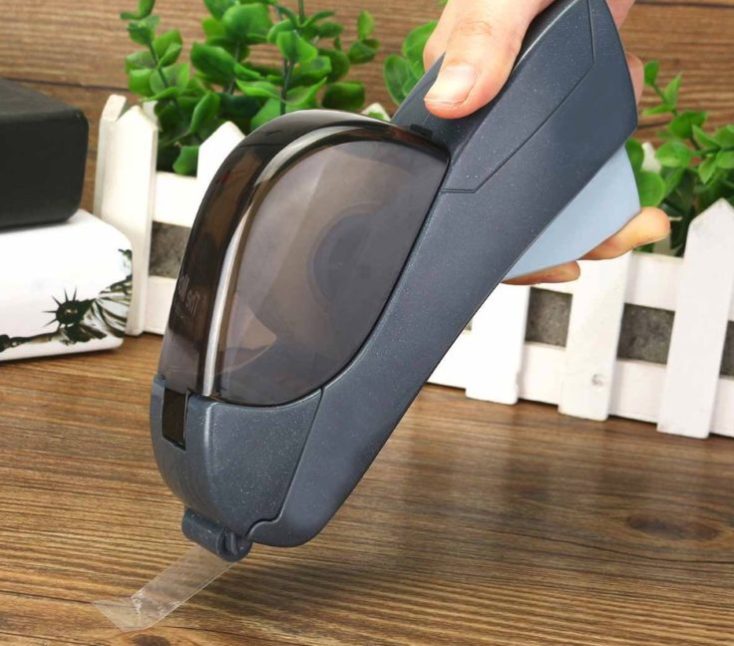 At first sight this tape dispenser looks almost like a normal table tape dispenser. But you quickly notice that it is not for stationary use, but flexible. Although this can also be set up, simply placing it on its side is probably more common in practice. At the very front is the familiar cut surface, which can be used to cut the adhesive tape cleanly. Under the transparent plastic dome is the adhesive tape, which can be easily replaced by lifting the dome. 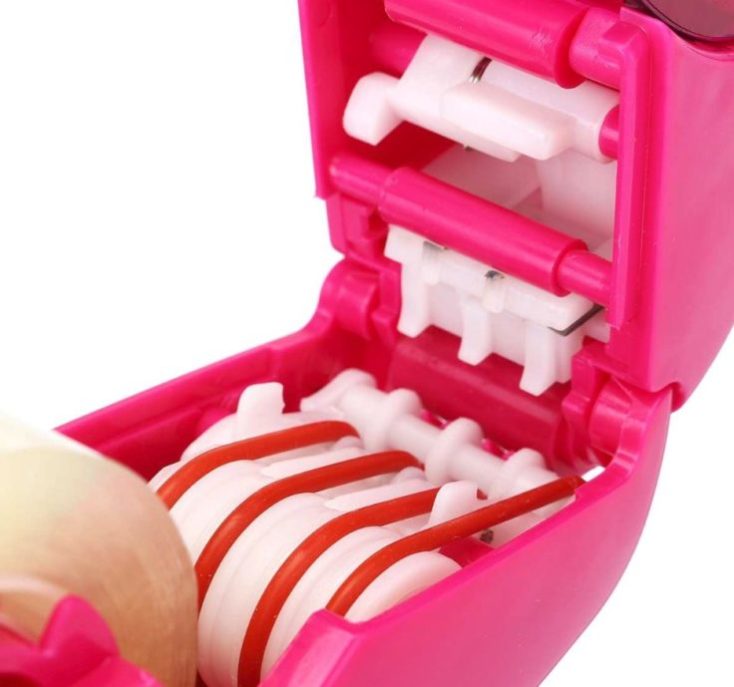 Measuring 16.8 x 3.8 x 9.4 cm, it is slightly longer than most smartphones, but of course much thinner. Since we are already on the dimensions: the maximum width for the tape is 20 mm. This is practical, as the leading manufacturer of adhesive tapes usually uses a width of 19 mm. The entire automatic tape dispenser is of course made of ABS plastic. Especially interesting, however, is the “trigger”, which is located at the rear end.

With the trigger – or the grey lever – the adhesive tape can be cut automatically. If, for example, you want to pack a parcel, you put the front of the dispenser on, operate the lever, pull the tape strip as long as you need it and then release the lever. Then the automatic tape dispenser cuts the tape strip. This of course has the advantage that you can do the whole thing with one hand in the future. 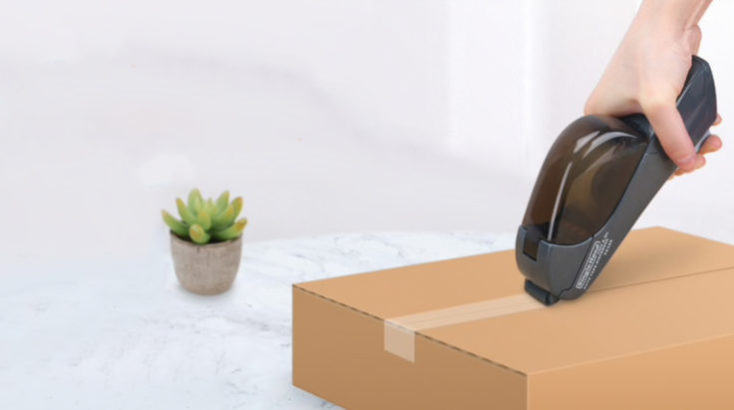 The semi-automatic tape dispenser is not the cheapest gadget. But because we find the idea basically useful, we didn’t want to withhold it from you. Maybe it is also a small relief for you in your everyday life.