1 Kommentare October 19, 2019by Jens
Hey, guys! Just a heads up: The linked offer is already a bit older and the price of the gadget might have changed or it might not be available anymore.

After the launch has (once again) been delayed, the SJ9 – more precisely the SJ9 Strike – is now available for order. Like its predecessor, the SJ8, it comes in different versions. The strong flagship of the manufacturer is the SJ9 Strike, while with the SJ9 we also get a somewhat slimmer and cheaper version. 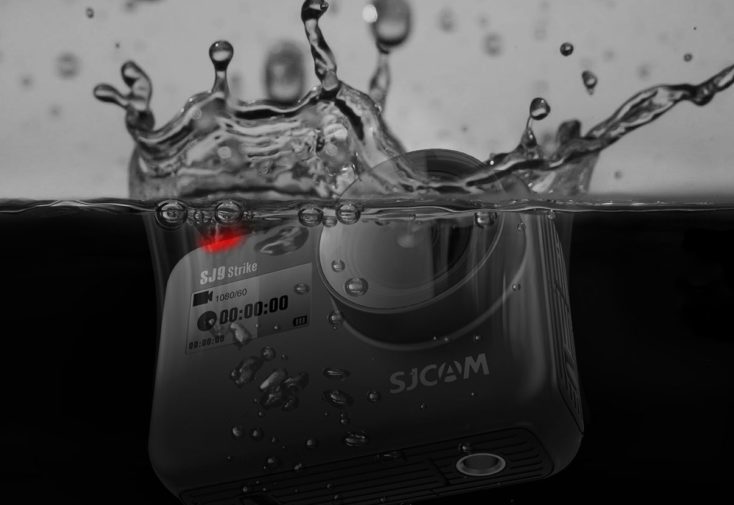 With the two models you continue the way you already went with the SJ8. It even came on the market in three versions. With this you want to deliver the right model for the different requirements of the buyer. Competitor YI Technology also went this way when, after the successful YI 4K, the YI Lite and YI Discovery were launched on the market as budget versions.

There is still not all information available, but there is much more known than after the first announcement. The Sony IMX377 will be on board as the sensor. Here is the first difference between “Strike” and “Max”, because the latter has to make do with the Sony IMX177. The Cam will support 4K at 60 fps, which in 2019 isn’t a special feature anymore, but the minimum you have to deliver if you want to play at the top. An important feature here will be image stabilisation. It should even be supported at 4K and 60 fps. At 4K and 30 fps the even better SuperSmooth will be used to guarantee even more stable videos.

Even with its predecessor, the SJ8 Pro, SJCAM didn’t really succeed in offering a real alternative to the top models from YI Technology and GoPro.

There will definitely be a touch screen, which has become the standard. It’s 2.77 inch and identical for both cameras. The SJ9 Strike also has another small screen on the front, on which you will be able to read additional information about the current shots.

Waterproof even without case

The SJ9 will be waterproof to a certain depth. SJCAM itself has promoted this as one of the most important innovations. According to the information that the manufacturer now lists on its website, it will be possible to film to a depth of 10 metres without a case with the camera underwater. This is loosely enough at least for swimming pools. For greater depths, there will also be a waterproof case that will allow diving depths of up to 30 metres. 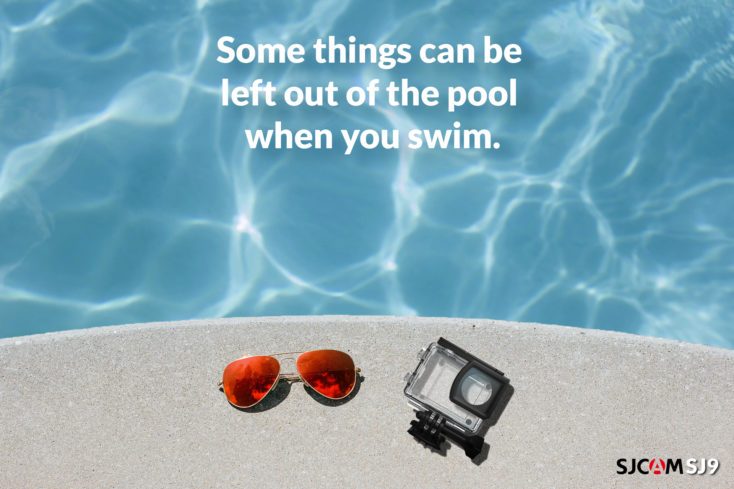 One of the first features that has already been teased is that the camera will enable wireless charging for the first time. The technology, which is based on the Qi standard, is now also available on more and more smartphones, not least the current top models Xiaomi Mi 9 and Huawei P30 Pro. What the real advantage of a camera is remains to be seen, especially as charging without cables usually takes longer than with it.

SJCAM has meanwhile dispelled the concern of some users that the battery might be permanently installed and not replaceable because of this: As with all models, the battery is of course replaceable. But there will still be a USB-C port, not least for data transfer. For wireless charging, an additional charger is required. It’s quite possible to add one directly to the camera to promote the new feature.

The capacity of the battery will be (probably with both models) 1,300 mAh. SJCAM speaks of 140 minutes for Full HD recordings and 95 minutes for 4K recordings with the display deactivated.

Our assessment of the SJ9

SJCAM used to be the benchmark for action cams from China, but those days are long gone. It’s nice to see that they’re working on a new model here, but that might come a bit too late like the SJ8. Eitherway you’d need an absolute killer feature that the competition doesn’t deliver yet, but it doesn’t look like it. Alternatively, you can try to convince with a good price, which was already the strength of the cameras in the past. Currently SJCAM offers the SJ9 for around $200 – at least that’s better than the competition. Now the workmanship and the general quality and finally the software has to be convincing.

The GoPro Hero 7 costs from $339 upwards, and also the DJI OSMO is sold for a similar price. Here SJCAM could position itself again as a cost-effective alternative. However, the camera was supposed to be launched in June and the release was delayed quite a bit. Finally the SJ9 is available and sounds quite promising. Question is, if that’s enough for SJCAM to become one of the big players again. What do you think? Are you interested in a review?