0 Kommentare October 3, 2018 by Maike
Hey, guys! Just a heads up: The linked offer is already a bit older and the price of the gadget might have changed or it might not be available anymore.

Already a very specific “gadget”… but good, anyone who follows his favourite YouTuber mostly on his mobile phone and likes to nibble on pistachios or peanuts, has probably always dreamed of this invention: the Smartphone Holder & Snack Bowl.

As silly as it may seem at first glance, I recognize the sense behind this bowl. Pulses of all kinds usually need a second bowl or at least a tray. That there is now an additional holder for a smartphone attached, one can find unnecessary, but also here there is quite a target group, which will be happy about it. Even if it is probably located in East Asia for the most part. 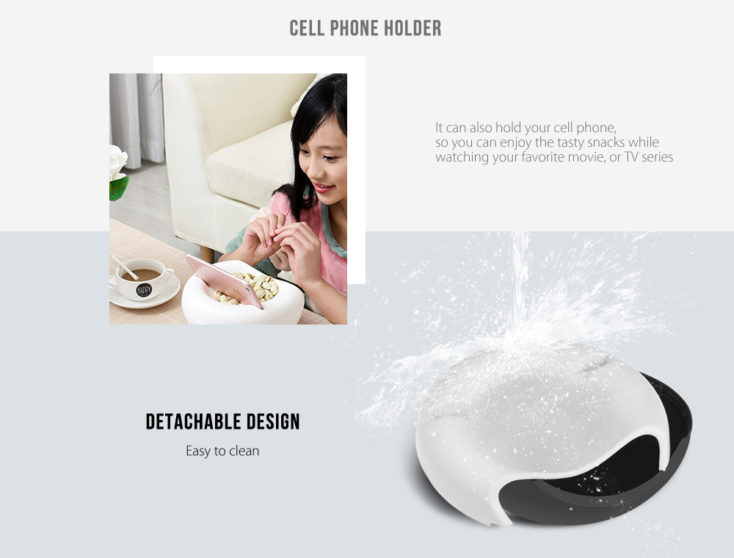 The bowl consists of two parts, which can also be taken apart and cleaned separately. Whether the parts are also suitable for the dishwasher is not explicitly mentioned. In addition to the black and white version, there are also parts in blue, green or pink.