Smartphone Joystick to play on your mobile phone for $1.39

0 Kommentare August 17, 2018by Thorben
Hey, guys! Just a heads up: The linked offer is already a bit older and the price of the gadget might have changed or it might not be available anymore.

The idea is not new, but certainly a very practical implementation for anyone who is also annoyed by the digital joy pads when playing games on a smartphone or tablet. Especially if you are used to the larger, handy controllers of the current console generation. A smartphone joystick could be ideal if the train is just late again and you want to bridge the time a little bit. 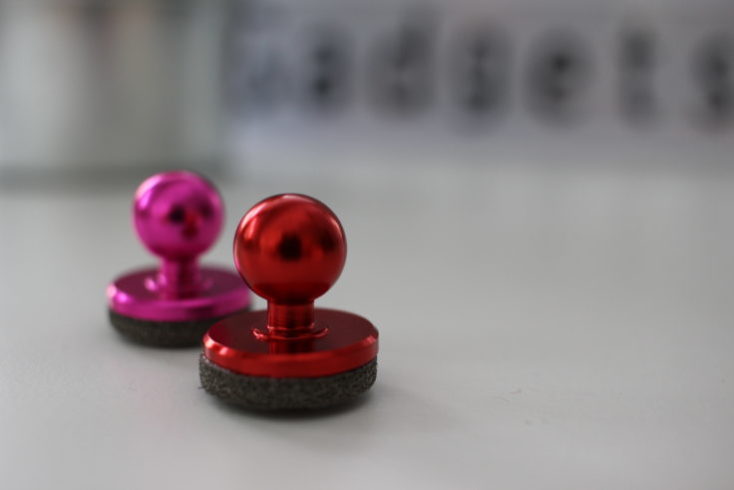 The joysticks are simply wetted on the suction cup and then attached to the touch screen device of your choice. For example, many mobile games want to move a character through the game world in 4 axes – in the long run this is relatively strenuous only with the thumb on the display. Since the Joypads are only physically connected to the device and not via Bluetooth, they are compatible with all smartphones. So they are also compatible with all games, but their use only makes sense if a digital joypad is part of the game, for example at a football game. 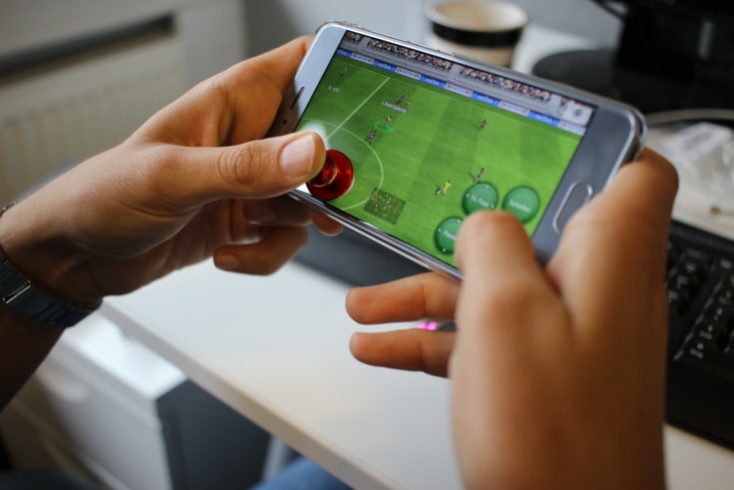 It would also make sense to acquire two of these gadgets directly to get as close as possible to a real controller. If you are a passionate Pro Evolution Soccer player, a joystick is enough, because the keys for shot and pass are not designed like a joystick. We tried it out-of-the-box and were less satisfied with the result. The joystick slipped relatively quickly and had to be returned to its original position during breaks in the game. After we cleaned the display, however, the suction cup could be attached much better and it hardly slipped.

On a shooter that you play in a bird’s eye view, the two joysticks usually worked well. Sometimes it didn’t work directly in one direction and you had to press a little harder. On the tested Xenowerk stick the right joystick for shooting was much more precise than the one for the running direction. Generally it is not easy to find the right pressure point. Of course you can’t press as hard as you like, otherwise the suction cup will come loose. But with a little skill this actually works relatively well. It is also recommended to let the smartphone joysticks stick a little bit before you start playing.

In between you get a certain controller feeling, at least if you don’t have to readjust the position of the joysticks. I wonder how the joysticks fare after frequent transport. If you just carry them in your pocket, they will quickly lose their suction power. The packaging should be used to leave the joysticks as dust-free as possible. 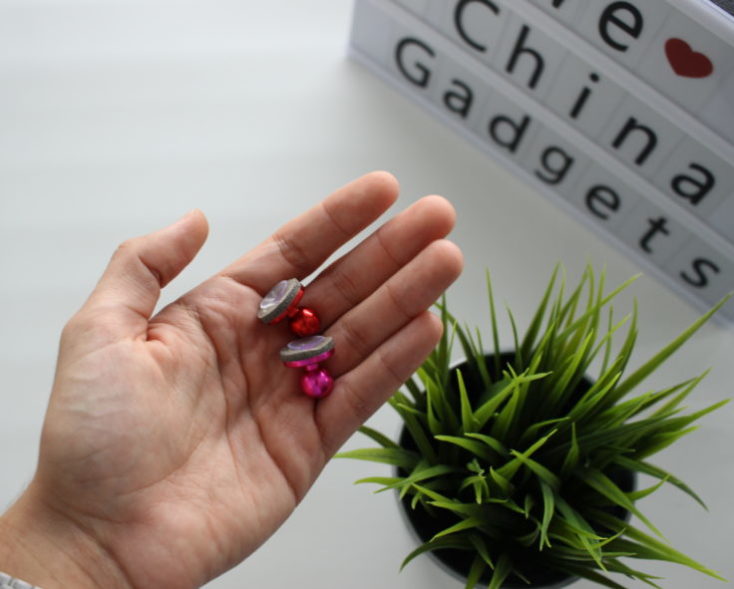 My question is, how much can you expect from such a cheap gadget? I find the idea great and practical in everyday life, especially if you commute by train. The implementation has certainly not been a perfect success, but I think they are worth the money. Only the longevity of this gadget I cannot really estimate. In everyday life and for the casual gamer, these little things can be a good alternative to the comparatively more expensive Bluetooth controllers for smartphones.