0 Kommentare December 30, 2021by Henning
Hey, guys! Just a heads up: The linked offer is already a bit older and the price of the gadget might have changed or it might not be available anymore.

Besides the Xiaomi 12 and Xiaomi 12 Pro, the manufacturer has also unveiled another wearable for the coming year. The Xiaomi Watch S1 succeeds the Xiaomi Watch, although it is more elegant than the new Xiaomi Color Watch 2. Is it a “real” smartwatch? 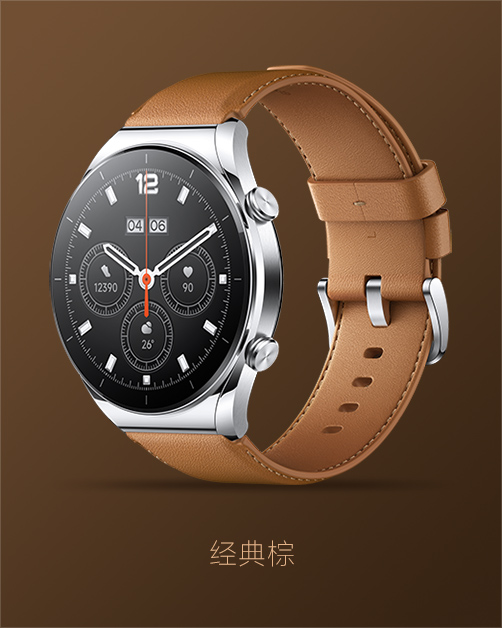 The Xiaomi Watch S1 smartwatch follows a completely different design language than the in-house Xiaomi Watch or Xiaomi Watch Color. The focus is once again on a round watch design, especially with the stainless steel case, it looks more like a classic wristwatch. Directly, three color variants conquer the Chinese market: Brown, Blue and Obsidian Black (black). Last one is a bit cheaper than the other two models, but is completely black. The watch case is made of stainless steel and measures 46.5 x 46.5 x 11 mm. 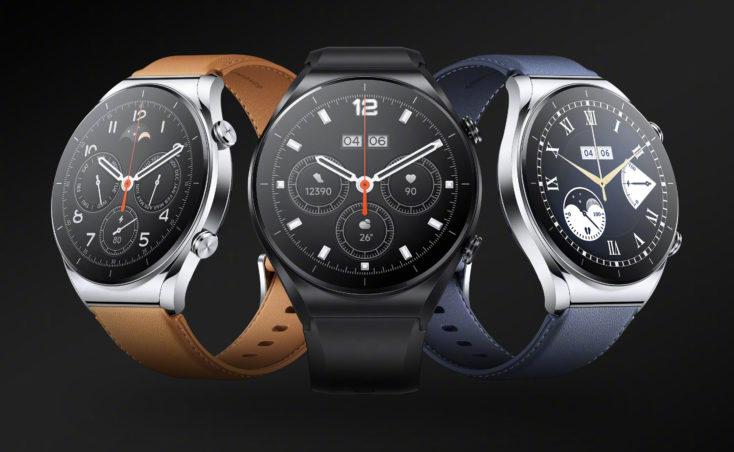 The screen’s diagonal of 1.43″ is slightly larger than that of Huawei’s Watch GT 2 Pro. Like the latter, Xiaomi even uses sapphire glass to protect the screen, which underlines the premium character of the watch. The AMOLED screen’s resolution is 466 x 466 pixels. Of course, you don’t have to do without a touchscreen, but you can also operate the watch via the two function keys on the right side. The watch is also equipped with an ATM 5 classification, so you can take a shower or swim with it without any problems. Only diving should rather be avoided. 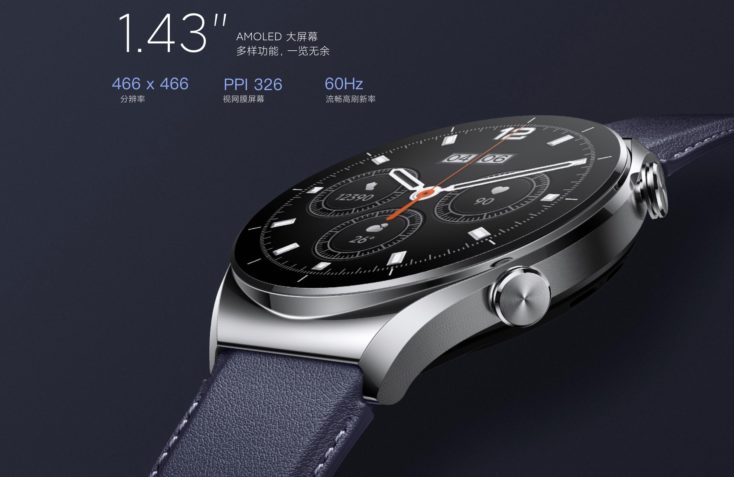 Range of functions of the Xiaomi Watch S1

Xiaomi does not (yet) open up to an open Wear operating system like Ticwatch or Samsung do. Instead, it remains true to its own proprietary OS. Although it can only be used in Chinese or English, it should be similar to the Xiaomi Mi Watch’s feature set. Typical watch functions like alarm clock, timer, camera shutter, weather and so on are on board as well as a notification function, answering calls and music control. At least in China, payments via NFC are also possible. Since this also works with the Mi Band 6 NFC in Germany, this feature is not unthinkable for the global version.

Since GPS has also been integrated, the Xiaomi Watch S1 is also suitable as a sports companion. Xiaomi integrates 117 sports modes, just a few more than in the global Xiaomi Mi Watch. However, heart rate as well as blood oxygen saturation measurement is also thought of. Thanks to the heart rate monitor and various sensors like a gyro sensor, sleep tracking is also possible. The data can be viewed via the Xiaomi Wear app, for example, which has to be connected to the user’s Android or iOS smartphone. Bluetooth 5 and even Wi-Fi are integrated, but there is probably no LTE version.

It is pleasing that Xiaomi even provides the Xiaomi Watch S1 with wireless charging! Manufacturers often still rely on their own magnetic pin cables. The Qi standard offers a much more open charging option. Even though this is apparently only necessary every ten to twelve days to charge the 470 mAh battery, it is an underrated feature! With the Xiaomi Watch S1, Xiaomi more or less announces a new series of smartwatches. The S1 is the first in this series, which primarily focuses on a nice look. The classic wristwatch design with a stainless steel case is probably intended to attract business customers. Wireless charging also fits in with this! The range of functions is not very different from the Xiaomi Mi Watch, which we liked in our review. In China, the watch starts at 1099 yuan in black, which corresponds to just under 173 Dollar. You have to pay just under $16 (100 yuan) more for the leather strap. A release date for Germany is not yet known.

Would the Xiaomi Watch S1 find a place on your wrist?