0 Kommentare July 4, 2021 by Maike
Hey, guys! Just a heads up: The linked offer is already a bit older and the price of the gadget might have changed or it might not be available anymore. 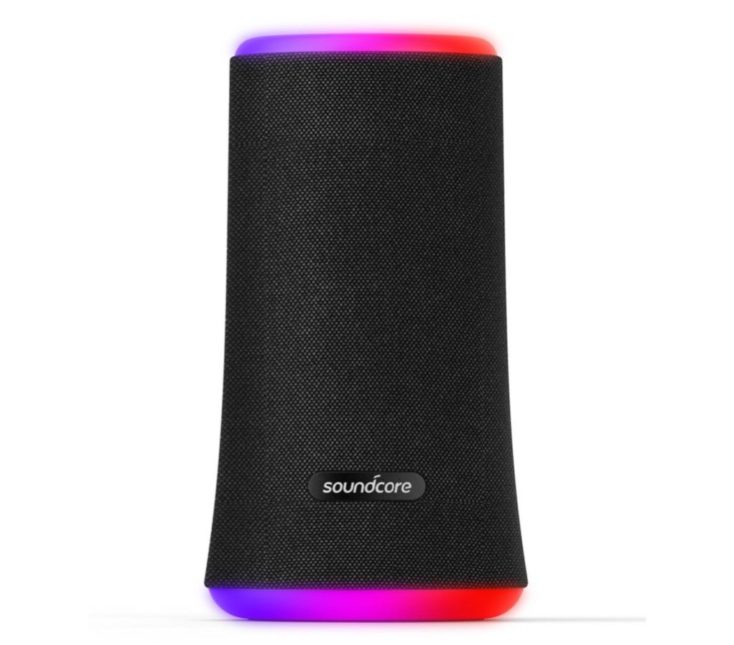 Technical data of the Soundcore Flare 2

“Same name, same design,” was the motto at Anker. The manufacturer sticks to the almost cylindrical design of the predecessor, just like the material used. The loudspeaker consists largely of a textile jacket, which even allows an IP67 protection class. This means that the Soundcore Flare 2 is not only dustproof, but also protected against temporary submersion. The Soundcore logo is still emblazoned on the front. 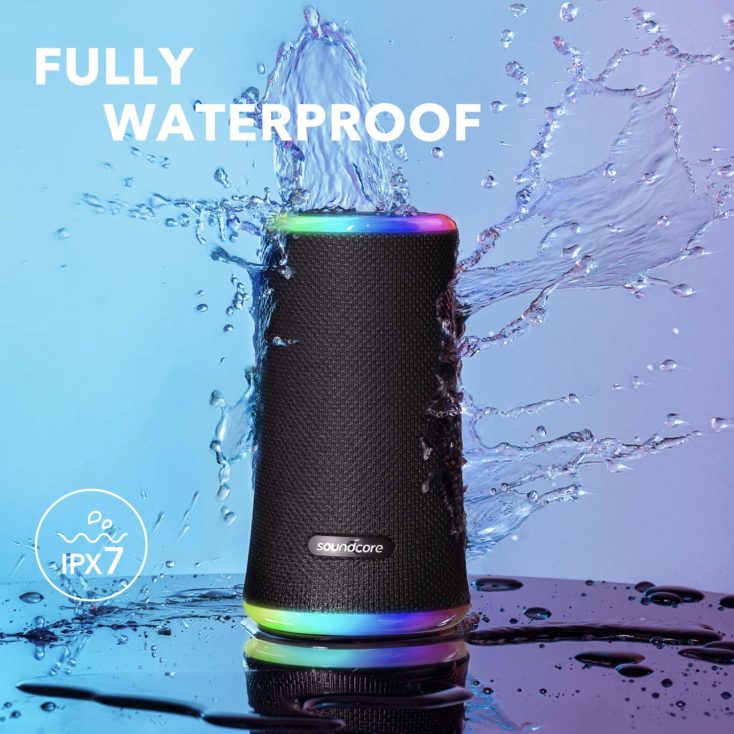 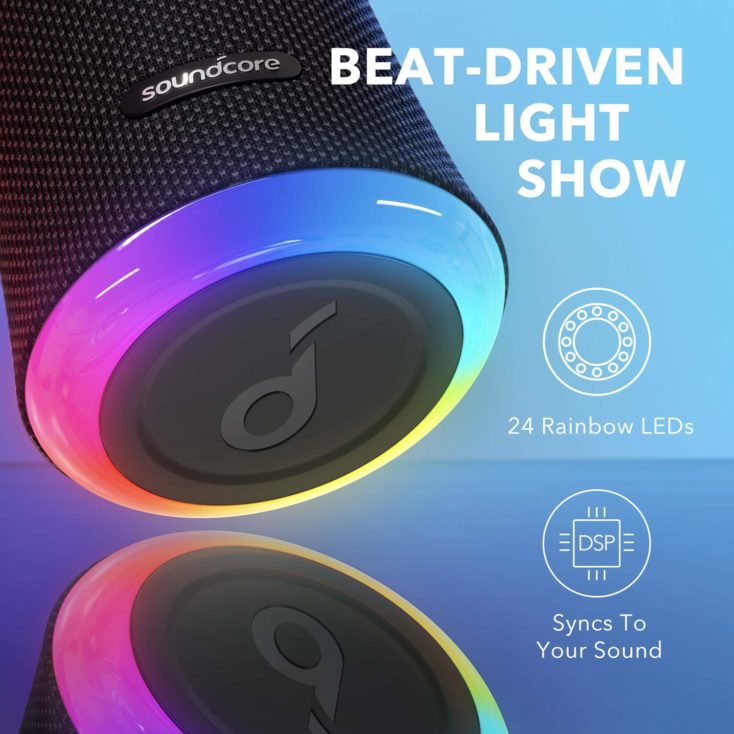 How the Soundcore Flare 2 sounds in the end, we can only judge after a test. It is at least promising that two 10 W drivers are now integrated instead of the two 6 W drivers from the predecessor. In addition, there are also two passive radiators, which support the sound in the low frequency range. Anker promises 360° sound, but with “only” two speakers this is a bit pompous. In addition there is Soundcore’s BassUp technology, which additionally emphasizes the bass.

Compared to the first generation, the battery has been increased from 4,400 mAh to 5,200 mAh. However, there is also an additional LED ring that needs to be powered. Nevertheless, 12 hours playing time should be possible, which should outlast even the most stubborn party guest. 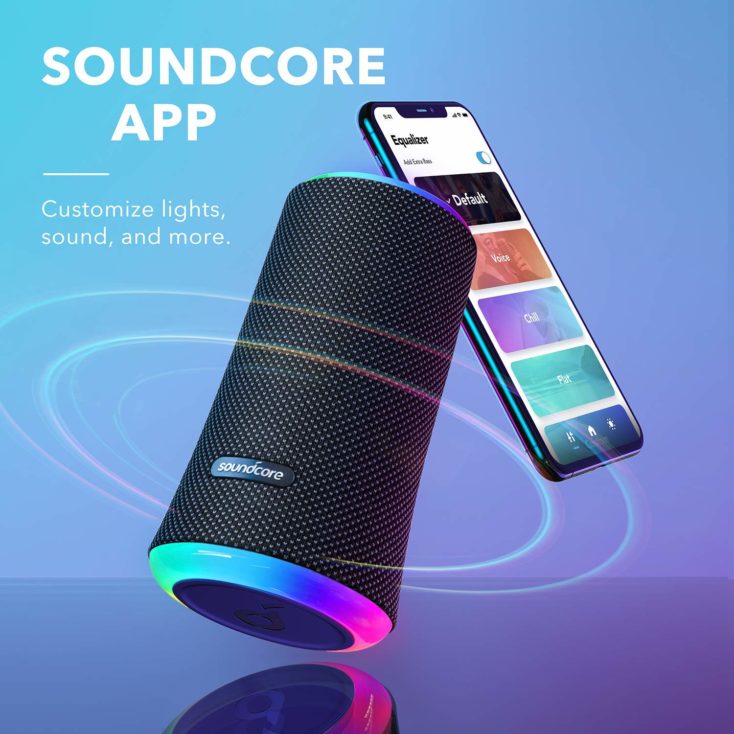 Like its predecessor, the Soundcore Flare 2 is compatible with the Soundcore app and you can control various lighting effects and the equalizer. But this could be especially interesting in combination with several Flare 2 speakers. After all, you can connect up to ten of these loudspeakers with each other, in the Flare 1 this function is still limited to two of them.

The Soundcore Flare 2 will probably be available for $80 soon, which makes it basically as expensive as the first generation. With a little luck you can get the Soundcore Motion+ in the same price range, which probably offers a better sound. But the Flare 2 is rather the party cannon with partly useful extensions. As we advertise the feature to be able to connect several speakers, we expect a corresponding package price for several speakers, otherwise it would be quite expensive. Should we test the Flare 2 as soon as it’s available?