Ceramic fan heater from TaoTronics for $49.99 at Amazon

0 Kommentare October 11, 2020 by Maike
Hey, guys! Just a heads up: The linked offer is already a bit older and the price of the gadget might have changed or it might not be available anymore.

TaoTronics are more known to us here as a manufacturer of headphones. Maybe also for a hand fan or a lamp. But now also for this chic ceramic fan heater with ECO mode for particularly energy-saving operation. 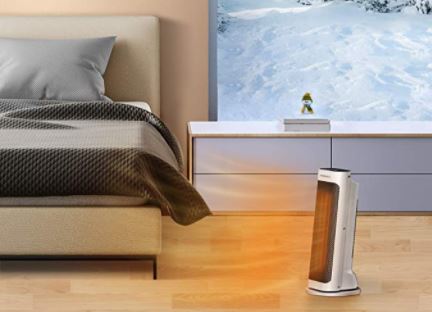 The data mentioned here refer to the American model. For example the number of watts varies from country to country.

Features of the TaoTronics fan heater

The main function of a fan heater is of course to warm up the room and as you would expect it should also give you warmth. Besides a LED display with control buttons to control the heater, a remote control is included. The display should turn off automatically after two minutes so you won’t be disturbed while sleeping if you use the heater at night.

You can choose between five different temperature modes: 18°, 21°, 24°, 27° and 30° Celsius (64°F, 70°F, 75°F, 81°F, 86°F). When the temperature is reached, the fan heater switches off automatically. If the room temperature drops again, it switches on again automatically. You can also choose between two power settings: 900 or 1500 Watt. Depending on the setting, the room will warm up at different speeds. Supposedly, the heat should become noticeable after a few seconds. 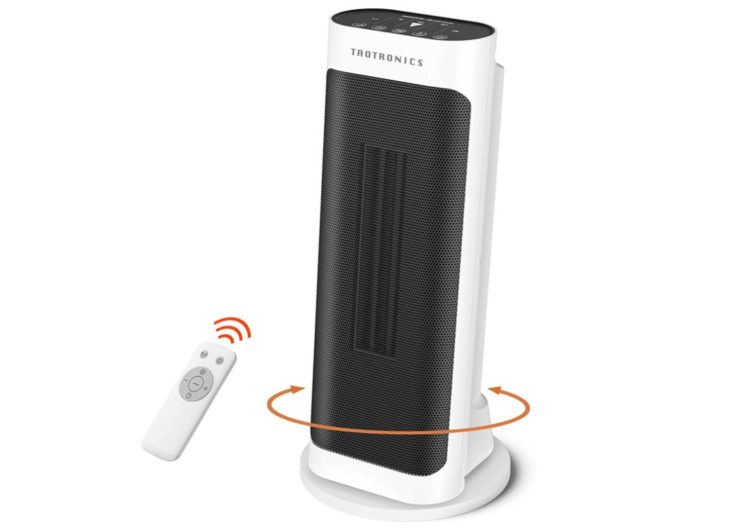 As is well known, fan heaters are not the most energy-efficient devices. But to do something good for your conscience and maybe also for your electricity bill, the TaoTronics fan heater has a so-called ECO mode. In this mode it should warm up the room to a maximum of 24° Celsius (75°F) and be very energy efficient by changing the power (1500 Watt or 900 Watt) on its own. 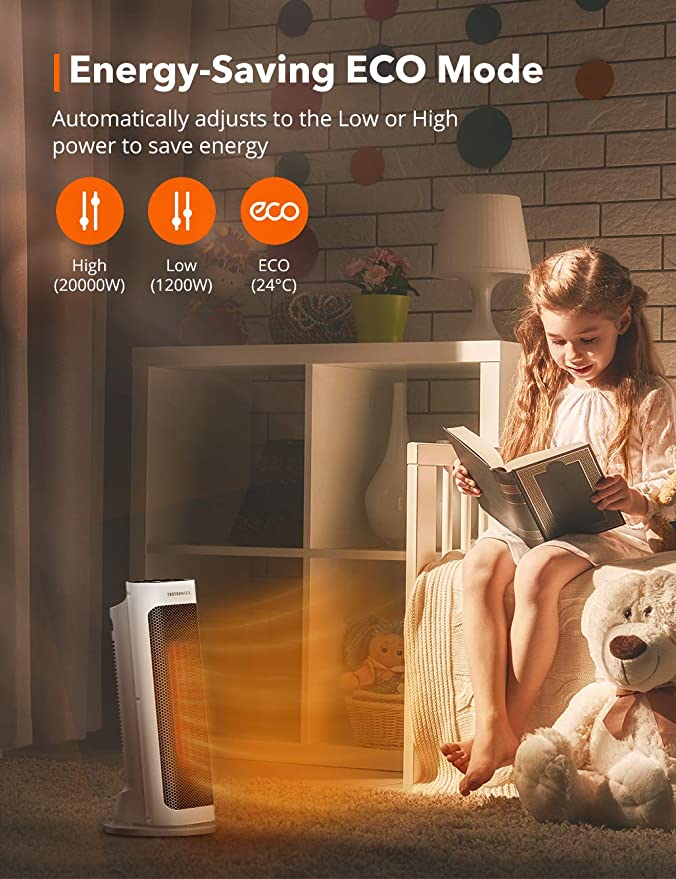 Apart from this, the heater should also have an anti-tilting device. Unfortunately, the manufacturer does not specify how exactly this looks like. But if it should fall over or be knocked over, it should switch off automatically to avoid danger. By the (optional) rotation of 65° the heat should be well distributed, even if it can be assumed that such a heater is not suitable for too large areas, but rather provides heat on the spot. Of course, a device that produces heat should not be without overheating protection. TaoTronics also promises you this.

The TaoTronics fan heater seems to me to be a solid choice if you want to get a fan heater. The price is not higher than comparable models at Amazon. Rather it still has one or the other function, which models with the same price do not have yet. Of course, it should be noted that such fan heaters are intended for smaller rooms such as bathrooms. So you should not try to heat your whole 100 m² apartment with it. Because apart from the fact that the heater should be overstrained, your next electricity bill might explode. 🤯