TaoTronics hand-held Fan for $11.70 from Amazon

0 Kommentare August 13, 2018by Thorben
Hey, guys! Just a heads up: The linked offer is already a bit older and the price of the gadget might have changed or it might not be available anymore.

This summer’s heat wave will probably go down in history. In addition to cool soft drinks and the table air conditioner, hand-held fans are also a practical cooling option. The TaoTronics hand-held fan with four speed settings and a small charging station is particularly practical, but will it compete with Xiaomi? 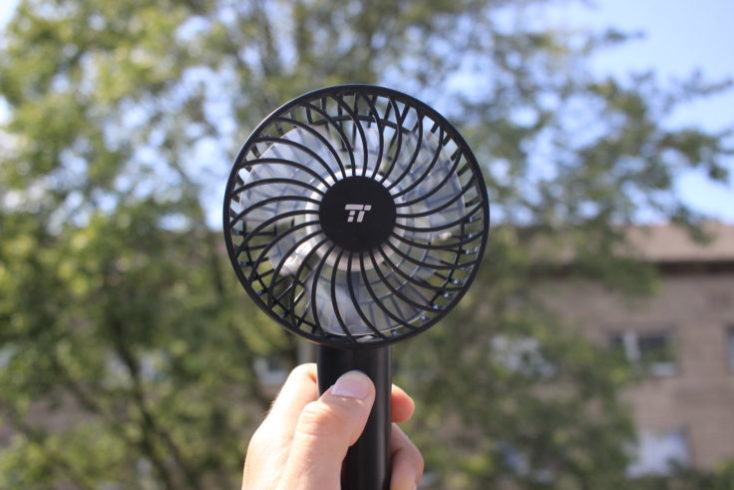 Everyone probably knows the cheap small fans from the shop around the corner. The TaoTronics hand-held fan is already in a different league. As it is a manual fan, the manufacturer leaves a good 11.5 cm space for the handle, so that even large hands can easily grip the fan. Shortly before the transition to the rotor blades is the power/function button, which is surrounded by a round LED. Below are four status LEDs indicating the speed level you are at. 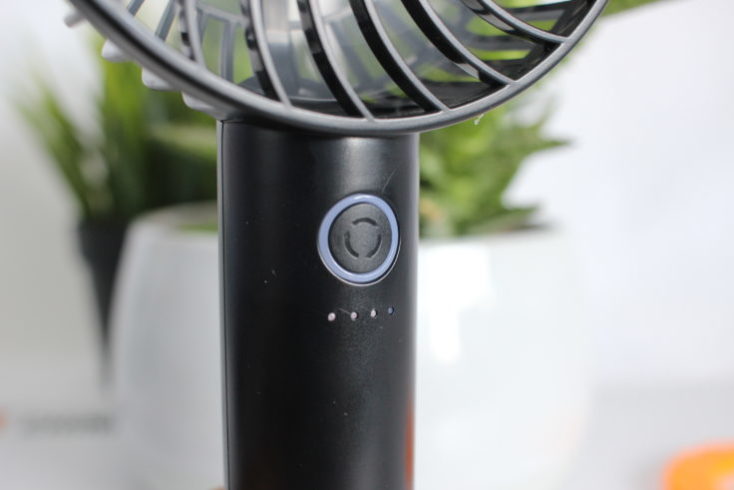 The upper part of the hand-held fan is the actual fan, which consists of six rotor blades. This is a flexible, transparent plastic. The fan works with three larger and three rather small rotor blades. These are naturally protected by a plastic grid. It goes without saying that the TaoTronics logo is displayed in the middle of the front. On the other side we find the technical data, model name and CE marking.

In addition, there are two smaller details. On the rear underside of the handle there is a small eyelet to which the supplied hand strap can be attached. The bottom side also has a micro-USB port for charging. The workmanship is overall as far as an order, as was to be expected, the fan is of course only made of plastic. The handle looks relatively “solid”, only with the individual protective slats I have the impression that they could break quickly because they are quite thin. I like the Xiaomi competition a bit better.

The Micro-USB port serves not only for charging but also for stability. After all, TaoTronics supplies a stand that also has a micro-USB input and output. The fan can be charged with or without a stand. Thanks to the stand, the manual fan quickly becomes a table fan – very practical! 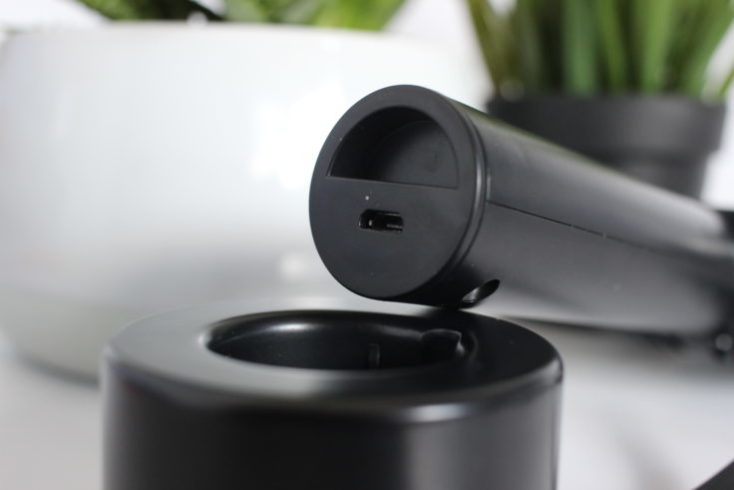 One advantage of the TaoTronics hand-held fan is the four different speed levels. While the first stage produces a rather mild breeze, you could almost dry your hair at stage 4 (well, not quite 😉 ). The TT-HP022 draws air through the open blades at the rear and expels it again at the front. One advantage of TaoTronics is its larger design, the rotor blades have a larger diameter. There is a small difference in direct comparison.

Even at the highest speed, the TaoTronics hand fan wins over the Xiaomi VH hand fan, where you get really good refreshment. On the other hand, the operating noise level of course also increases, which is difficult to ignore even in the long run. Personally, we only have the fan in the office running at level 2 or level 3, because the power is already more than sufficient and the noise level is still at an acceptable level.

Besides the noise level there is also a difference in the battery life. At full power the 2000 mAh battery allows 2.5 hours of operation, at level 1 you should even reach 9 hours. According to experience one can subtract 30 minutes to 1 hour to get the actual value.

When it comes to operation, you don’t have to say much. Since there is only one button, the fan is switched on and off as well as through the different stages. A nice gimmick: the fan saves your last used level when you switch it off with a long press (hold for 1 second).

Hand-held fans are definitely a summer gadget and therefore their use is actually limited to a few weeks a year. But especially during this heat wave it is of course more than desired. Whether you choose the TaoTronics or the Xiaomi manual fan is almost irrelevant, they don’t take much. The Xiaomi version is slightly more colorful and compact, but the TaoTronics offers a little more power. The TaoTronics manual fan is quick to dispatch thanks to Amazon, because that means it will be with you as quickly as possible.