9 Kommentare February 21, 2020by Thorben
Hey, guys! Just a heads up: The linked offer is already a bit older and the price of the gadget might have changed or it might not be available anymore.

Even though the manufacturer TCL did not release their first own smartphone for the western market until 2019 with the TCL Plex, they have long been involved as a producer for Alcatel and formerly Blackberry. As CNET reports, they wanted to introduce a new concept at the MWC 2020 in Barcelona: a smartphone with a “slide-out” display. 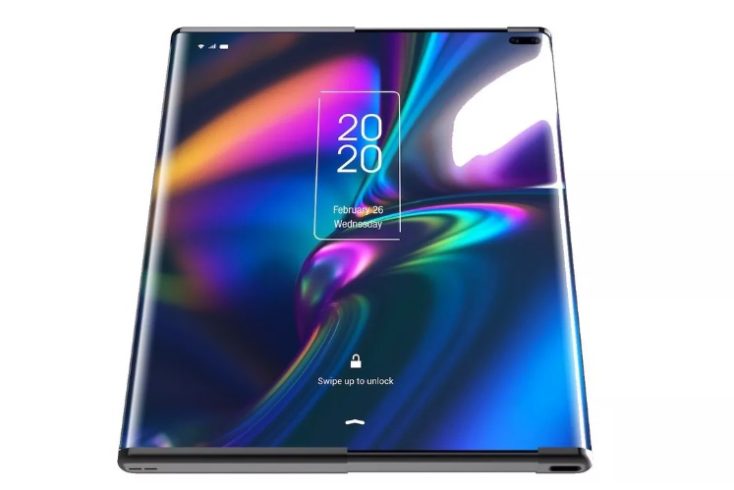 Retractable display, but how?

TCL definitely still owes us smartphone enthusiasts almost all the information, but the first render images are already impressive. At first glance, you could label it a foldable smartphone because of its almost tablet-like design. However, the screen is not directly foldable, it is, at least partially, extendable. Thus, the display area can be almost doubled. The display extension is normally located under the actual display, so it is probably two displays. This would also make the phone thicker. 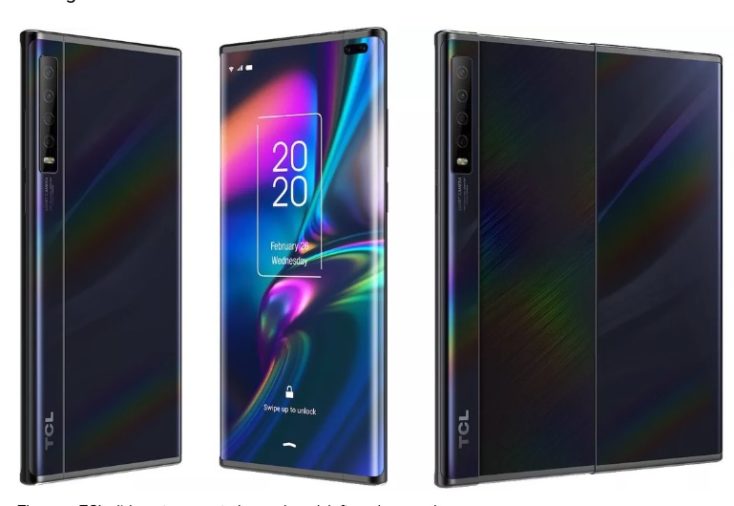 The edge, which theoretically should be created, is of course problematic. The edge can be seen when looking at the back of the case, the retractable part of the case is probably made of plastic, the rest of the back seems to be made of glass. The display is also bent at the sides on the front. 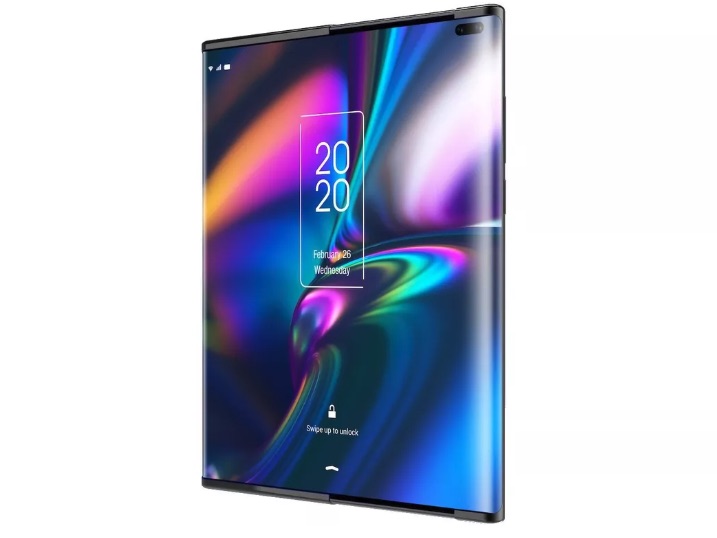 Apart from the “slide-out” display, the new TCL smartphone seems to offer even more. The render image shows a dual-punch-hole front camera on the front, i.e. two front cameras in one hole in the display. This makes it very similar to the Redmi K30 or the Samsung Galaxy S10+. On the back, there are twice as many cameras: a quad camera sits on the far left of the side and all sensors are arranged vertically. But it is interesting that the obsidian Black Colorway of the TCL Plex is also continued on the render images.

As the Mobile World Congress in Barcelona has unfortunately been cancelled, we don’t get to see the TCL concept smartphone as soon as first expected. Nevertheless the concept is very interesting and actually something new and own. Nothing is known about the specs yet, but TCL would probably use the current top hardware if the TCL “slide-out” smartphone will ever be more than a concept.

What do you think about this idea? Useful or would you prefer some kind of flip or fold smartphone?