0 Kommentare January 3, 2018by Thorben
Hey, guys! Just a heads up: The linked offer is already a bit older and the price of the gadget might have changed or it might not be available anymore.

The unconventionally controllable drone Techboy TB-802 is currently available at TomTop for $19.99 at Flash Sale from the UK warehouse. We have tested it and can recommend it for beginners.
The Techboy TB-802 is a drone like many others but has a special remote control striking. This is more like a computer mouse than a gamepad and controls the quadcopter over movements of your hand. Read our test!

Hey, guys! Just a heads up: The linked offer is already a bit older and the price of the gadget might have changed or it might not be available anymore. 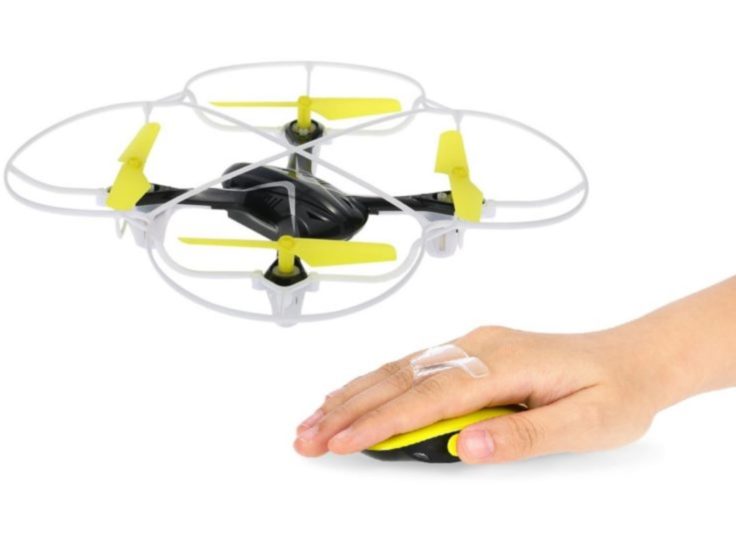 On the outside are the protectors, which are over the entire drone and protect it against contact from above. They are flexible and to a certain extent unbreakable. The highest falls in my test were made from about 2m on carpet floor, and the drone is externally undamaged and could start every time immediately. 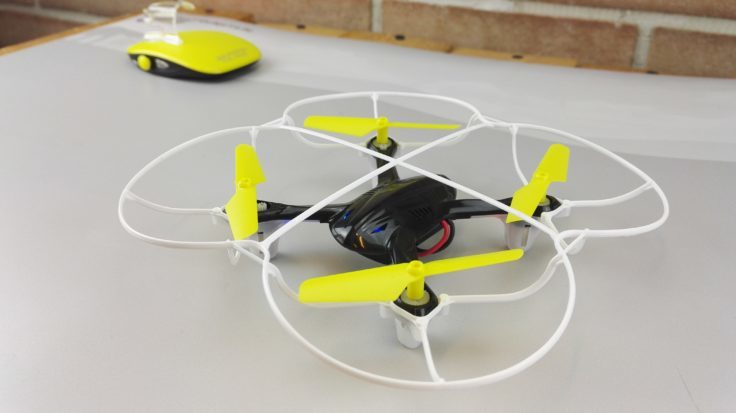 The protectors are fixed but can be removed later, but I do not see any reason for that. The drone has no camera included, but is not needed.

The already mentioned remote control is very spezial. You hold like a PC mouse. It is smaller than the pictures suggest (about 8.5cm long). In addition, there are two different sized brackets for pointing and middle fingers for additional support. Because the controller is quite small, it can be also safely hold without this optional feature. 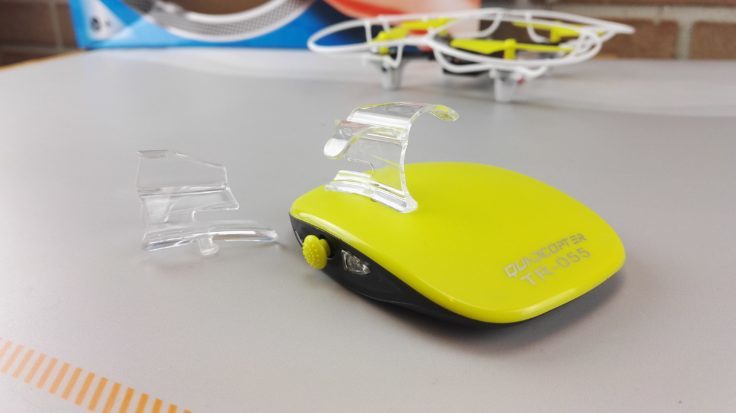 Apart from the directional control by tilting the controller, all functions are performed via the small stick on the left side, which is operated with the thumb. The figure explains the essential functions of the buttons: Depending on the direction in which the stick is held, the drone can be rotated by lateral movements or the height can be adjusted by raising and lowering the control. This works also without problems, even if it may take some time before you know all functions.

Control of the TB-802 drone

As mentioned, the control is performed by tilting the remote control. Strictly speaking, it is the same principle as the app control with the smartphone, which we see on many models now. My first note would be exactly the same as with the app control: Sets the speed from the beginning to the maximum. You can do this by pushing the control stick twice (position K1). On the lower steps, the drone simply reacts too slowly and does not really come from the spot. 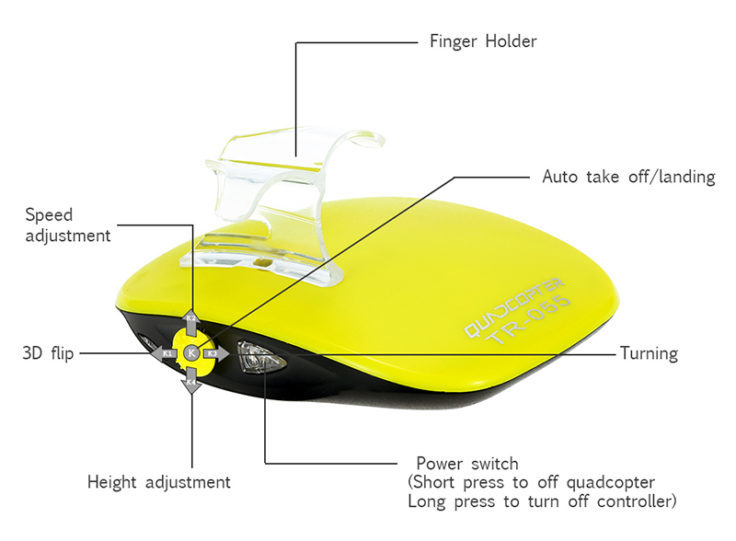 Batteries (3x AAA) inserted into the remote control, battery connected to the Techboy TB-802, and let’s start. A pressure on the stick allows the drone to start independently and, if it is windless, hover on the spot in about 1.5m height. Try it in the apartment before you go outside (creates a bit of space before). Now, by carefully tilting the control in your right hand, you can slowly get a feel for the movement of the drone before you slowly mimic the other functions.

My personal conclusion to the control: I like it very much, even if it has small weaknesses. It works exactly as advertised, and the Techboy can be pretty much controlled with some practice. After a while, you can also easily do flips and change the height easily. Disadvantage number one: Although it is pleasant to have one hand free, you have to hold the other hand “horizontally”, which means either bending your elbow or wrist continuously.

The second minor annoyance is that the remote control does not adapt to the drone’s drift during the flight. This sounds a little complicated: If you rotate the drone 90 ° to the left and tends your hand forward, the drone will obviously drift sideways. If you do not move yourself, it is like the drone flies in headless fashion, and if you adjust to it there are no problems. If you follow the drone and move in a circle, you quickly lose your orientation as the small quadcopter is aligned, which quickly leads to a crash. Watch your movements.

An advantage is in any case, that you need only one hand for flying and with the other hand you can take pictures or hold your beer. ?

In addition to the drone and remote control, there are 4 spare propellers, but no screwdrivers for the assembly. For the remote control there are, as mentioned, two transparent brackets for different thin fingers.

There is a 40cm long USB cable to the battery. The instructions are in English and explains the functions of the Techboy TB-802 well.

The control is absolutely intuitive. I gave it to colleagues, who had never flown a drone before, and they did well with it. You can give the Techboy definitely to beginners, for experienced pilots, it is probably a bit too slow and the range too low. But that would be my only real criticisms because for the unusual remote control, the Techboy – especially for under $20 – is worth their money. I definitely had fun with it.