0 Kommentare 3 weeks ago by Fabian

TECNO is not only a music genre, but also a smart device company. Now they start with their first notebook, the TECNO MEGABOOK T1 at the IFA in Berlin. Intel processor, Windows 11 and aluminum case are already a good start. 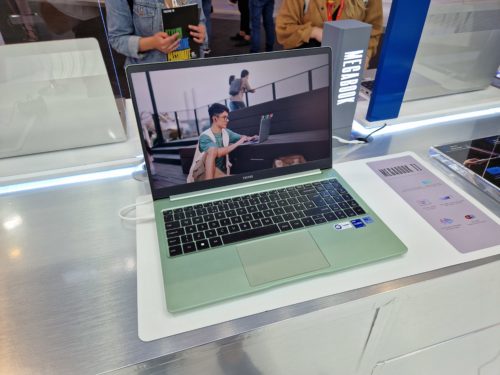 The TECNO MEGABOOK T1 comes in four different color variants. You can choose between Space Grey, Champagne Gold, Monet Violet and Rome Mint. The material used is not plastic, but aluminum. There are decorative strips on the lid that incorporate the MEGABOOK lettering. 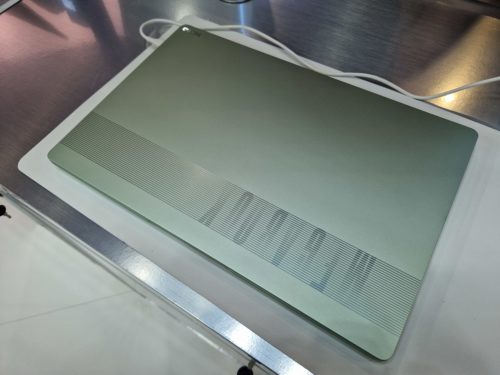 Above the screen is a webcam with a built-in camera cover for meetings and video calls, and on the underside is the illuminated keyboard with number pad and touchpad. A fingerprint scanner is also built into the start button. The keyboard layout is QWERTY.

The TECNO MEGABOOK T1 does not seem to lack for ports. Two USB-C ports, a power port, an HDMI port and a USB-A 3.1 port are located on the left side.

On the opposite side, there are two USB-A 3.0 ports, a headphone jack and a microSD card reader. The MEGABOOK is wirelessly connected via Wi-Fi 6 and Bluetooth 5. Together with its smartphones, the notebook can communicate via TECNO Link.

A 70 Wh battery is available for power supply. It is charged with 65W via a small GaN charger. Despite the relatively large battery, the notebook only weighs 1.48 kg and is 14.8 mm thick.

Loudspeakers and microphones shouldn’t be missing, of course. TECNO VOC is used for the loudspeakers, which promises immersive sound. However, you should set your expectations realistically for a notebook. The microphones are supported by an AI algorithm, which is supposed to remove noise from the recording.

TECNO is especially known for their smartphones in some markets, let’s see how their new MEGABOOK T1 is received now. Presumably, the notebook will also be found in their already developed markets for the time being. A price is not given yet. From the specifications, however, it sounds like an enduring notebook for office and media.