0 Kommentare December 23, 2021by Henning
Hey, guys! Just a heads up: The linked offer is already a bit older and the price of the gadget might have changed or it might not be available anymore.

The toy manufacturer ONEBOT, which is also closely associated with Xiaomi, has launched a clamp building block set of a Mars rover. The detailed model made of over 1,600 parts is available in China for the equivalent of $63. 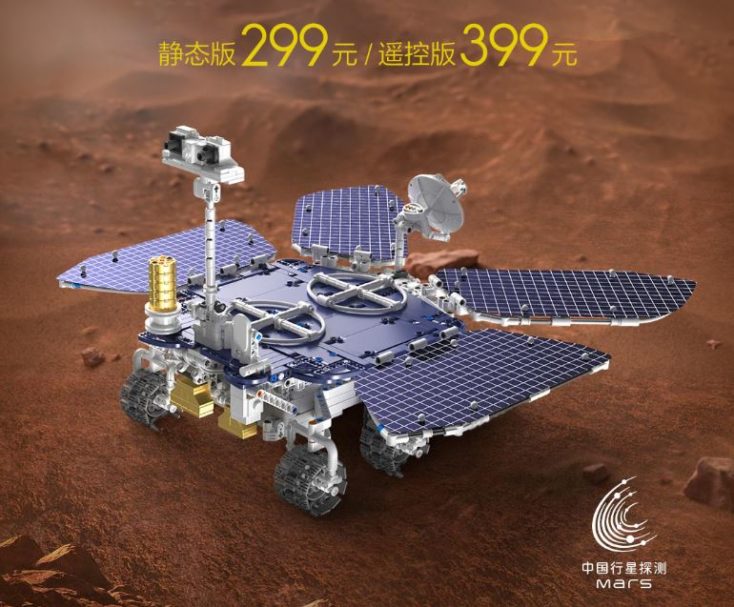 This Mars rover is not one of the more familiar Nasa models Curiosity or Perseverance, but the Chinese rover Zhurong. The associated Mars mission started on 23.7.20 and landed on the red planet on 14.5.21. Since then, the vehicle has been in operation there. It stands to reason that a Chinese toy manufacturer would also use the Chinese model as a model.

At first glance, the vehicles look very similar. Most people would hardly recognize that this is not Curiosity. Nevertheless, those interested in technology and space travel will probably enjoy it. Because regardless of whether it’s a Chinese or American rover, exploring Mars is simply a fascinating undertaking and one of the greatest technical achievements of which mankind has been capable to date. If you feel the same way, you’ll definitely have fun with a set like this. (Who has not followed it: NASA has launched an autonomous drone on Mars for the first time in spring 2021. There’s a lot happening right now. Mega exciting!) 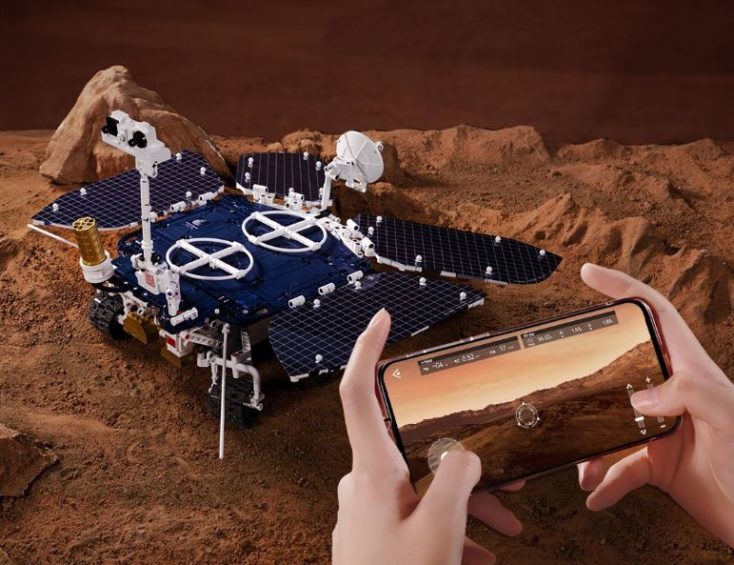 Like many of the sets released in China, the Rover comes with a digital manual and app. The former can be quite handy, especially if you use a tablet. However, the lack of a printed manual is also annoying, especially if you can “only” use the smartphone screen. The fact that the app is only in Chinese and probably requires a Chinese account does not help either. That could end up getting in the way of importing from China.

According to Xiaomi, the set consists of over 1,600 parts. Not only can the instructions be found via the app, the rover can also be controlled via it. It also seems to lift a kind of AR mode, so you can really control the rover over the surface of Mars, at least on the screen.

I would like to see the set make it to Europe as well, if necessary only via AliExpress. Officially, it is unlikely to appear here. If it does, the price will also be a bit higher, although anything under 100€ would still be justifiable. Let’s wait and see. There are already a few sets that at least go in this direction, and you can find them on Amazon. For more sets from brands like Xiaomi, CaDA or Mould King, it’s worth taking a look at our theme world Clamp Building Blocks.