0 Kommentare April 29, 2021by Tim
Hey, guys! Just a heads up: The linked offer is already a bit older and the price of the gadget might have changed or it might not be available anymore.

Ecovac’s subsidiary Tineco is something like Vorwerk for kitchen machines when it comes to cordless vacuum cleaners: Many functions and a lot of innovation in one device. So much, in fact, that you sometimes wonder if you even need all these things for something as mundane as vacuuming. Nevertheless, we did not want to deprive you of the new Tineco Pure One S12V with magnetic smartphone holder and NFC. Is more always better? 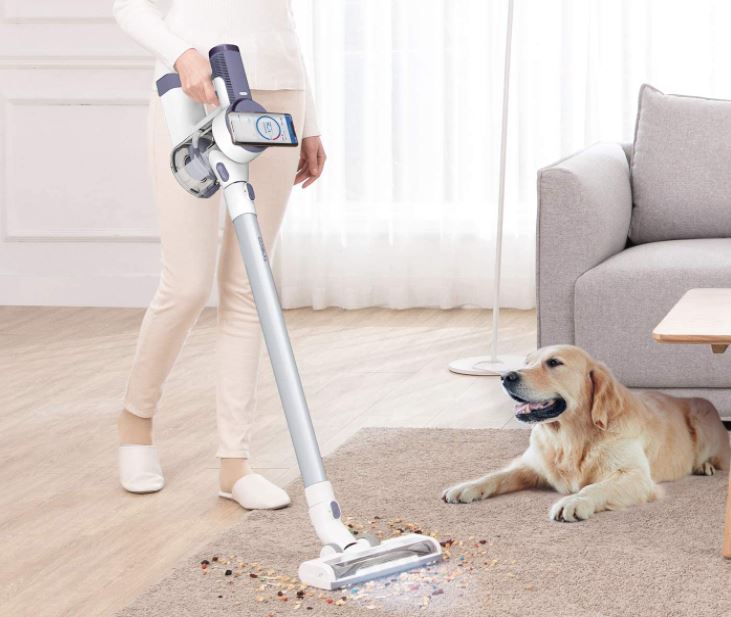 Do you really need all that?

Despite models like the Pure One X or A11 Master, Tineco stands for not too cheap premium models with high-tech aspirations. Although the company repeatedly tries to cover lower price segments with cheaper series, they then equip the devices with so many features that you can really get the feeling that it’s all about clean floors here. For example, the Tineco Pure One S12 Plus is considered one of the best cordless vacuum cleaners on the market, alongside the Dyson V11 Absolute. So the S12 series is getting a new addition with the 12V. Once again, we’re talking big, not small. 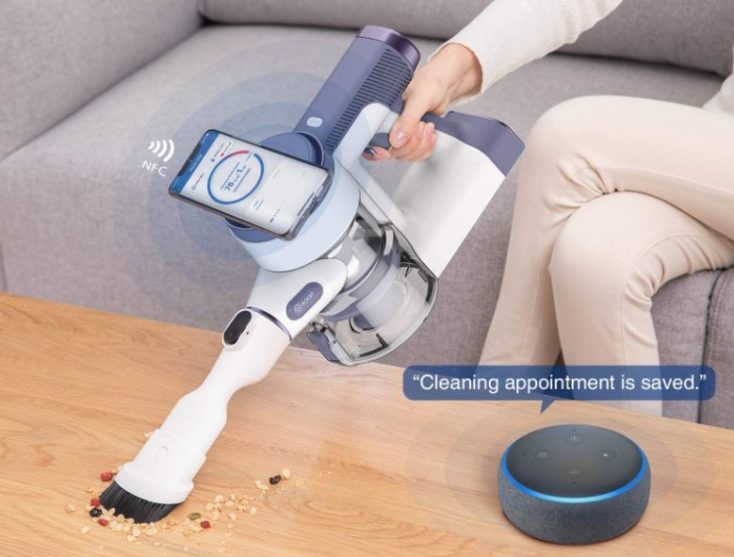 Where the display of a “classic” Tineco vacuum cleaner is normally located, the S12V has a magnetic surface built in. This allows an NFC-enabled smartphone to be attached there, which then connects to the cordless vacuum via NFC and can provide its user with information that we know from the Tineco App (Android, iOS) :

However, the question arises here why the display of the S12 Plus, which could have almost all of this information, was removed, only to then put its smartphone on top, which will hardly offer more info than the display and you already have half the day in your hand anyway. So now also while vacuuming? Maybe you want to watch a video on YouTube while vacuuming (if that is technically possible at all)? However, the vacuum cleaner’s operating volume speaks against that. NFC headphones?

The highlight seems to be the possible Alexa control, but voice control on a battery-powered vacuum? What for?

Measuring the number of pixels using the iLoop dust sensor

With the help of the patented iLoop dust sensor, the S12V is able to automatically adjust the suction power to the amount of dust. This is one of Tineco’s many technologies that were already found in older models. With it, the vacuum measures the number of particles and adjusts the suction power accordingly – resulting in correspondingly more efficient use because it saves electricity. Practical and necessary at the same time, since the battery life is only a maximum of 50 min (comparison Roborock H6: 90 min). However, the suction power can also be adjusted manually above the handle via a touch slider on the top of the handle.

In addition to commercially available attachments, we included the motorized and correspondingly electric floor nozzle, which will be used predominantly. LED lights were also installed on it, which makes it easier to see dirt and grime in darker corners. We already know this from the Roidmi models, but it doesn’t work quite as smartly here as it does with Roidmi: the LED lights are on continuously, while the LEDs on the Roidmi cordless vacuum cleaners only light up when they sense darkness around them.

So far, the S12V can only be found on Amazon.com, but we expect it to make its way to Europe soon. Somehow, we are not at all sure if we even need the battery-powered vacuum cleaner in this country, or even if we expect it joyfully. Sure, new features are always desirable, but they should also make sense.

What is your opinion on the app and NFC for cordless vacuum cleaners?