0 Kommentare February 10, 2018 by Maike
Hey, guys! Just a heads up: The linked offer is already a bit older and the price of the gadget might have changed or it might not be available anymore.
The Tronsmart Encore S4 is an in-ear Bluetooth headset with integrated Active Noise Canceling. Due to the already small space in or on in-ear headphones, the ANC technology, battery and operating elements were stored in a neck-piece. 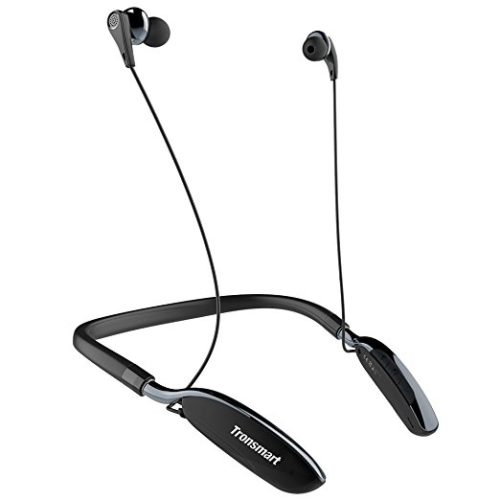 Scope of delivery, processing and design

The accessories of the Tronsmart Encore S4 include earpads in three different sizes, an instruction manual in English and a micro-USB charging cable. 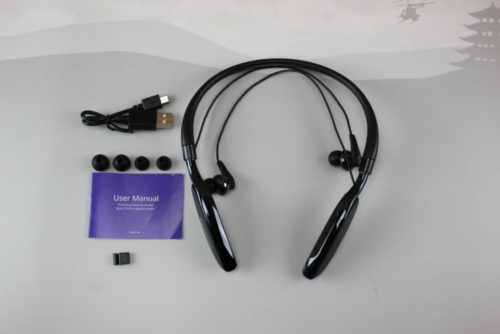 Like we’re already used to from the already tested Tronsmart Bluetooth speakers Element T1 and Element 2, the manufacturing of the Tronsmart Encore S4 is pretty solid. There are no manufacturing errors or material weaknesses. 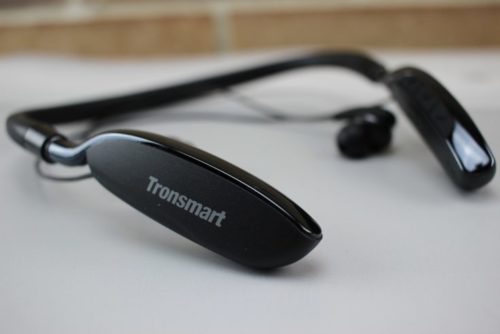 The design of the headphones is rather simple and they are only available in the color black. The neck, in which a variety of tech is being stored, however, is pretty extraordinary and thus gives the whole thing a futuristic look. 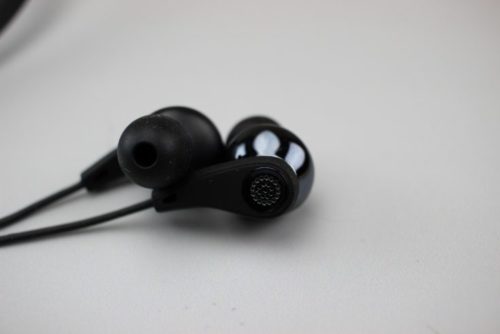 The earpieces themselves weigh about 3.5 grams (0.1 oz.) per side and are therefore relatively light. The entire headphone, including the neck, weighs about 50 grams (1.8 oz.).

At first the neck takes some getting used to, but it does not disturb much in the long run, since a weight of about 50 grams (1.8 oz.) on the shoulders is not really noticeable. However, it fits pretty loosely, so for sports activities in which one moves much, the Tronsmart Encore S4 rather not suitable.

The large 300 mAh battery should be fit for up to 20 hours of playing time with the ANC on, according to the manufacturer. The battery is located in the right part of the neck and can be charged via micro-USB connector, which is located on the left part. 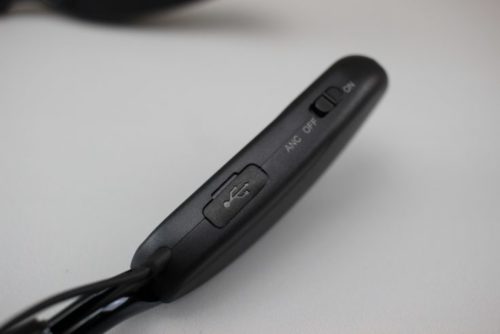 There are three control buttons located on the left side of the neck. 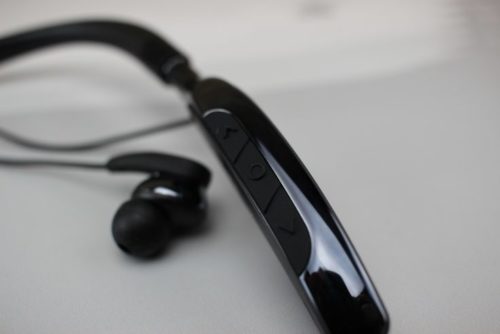 The sound of the Tronsmart Encore S4

Overall, I like the sound of the headphones. The sound is powerful and has a nice deep bass. If you want something to complain about, it would be slight weaknesses in the high-frequency range due to the fact that only one dynamic driver is installed. However, this is critique at a high level because overall the sound image is consistent and thus they’re pretty nice to have. 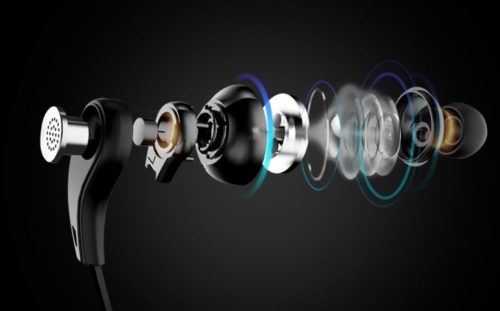 The built-in AS3421 chipset should reduce background noise by up to 28 dB. Here, the ANC generally works better at low frequencies, such as aircraft or rail noise, than at high frequencies, such as screaming children. During the tests where the ANC was turned on, background noises were actually much quieter. This being said, the ANC in the Tronsmarts does a much better job than the one in the ELE Whisper.

Overall, the Tronsmart Encore S4 is a solid headphone with good sound and a well-engineered ANC system. Also, the processing of the headphones offers nothing to complain about. Because of the relatively large battery, the Tronsmart Encore S4 actually lasts quite long for a Bluetooth headset. The neck however is a matter of taste, I myself wasn’t bothered by it. This being said, the headset probably isn’t the best solution for sports activities.