0 Kommentare August 20, 2021 by Fabian
Hey, guys! Just a heads up: The linked offer is already a bit older and the price of the gadget might have changed or it might not be available anymore.

With the Tronsmart Shadow gaming headset, you can say goodbye to the annoying cable. It offers good microphone quality and charging options via USB-C. Secret headset tip from China? 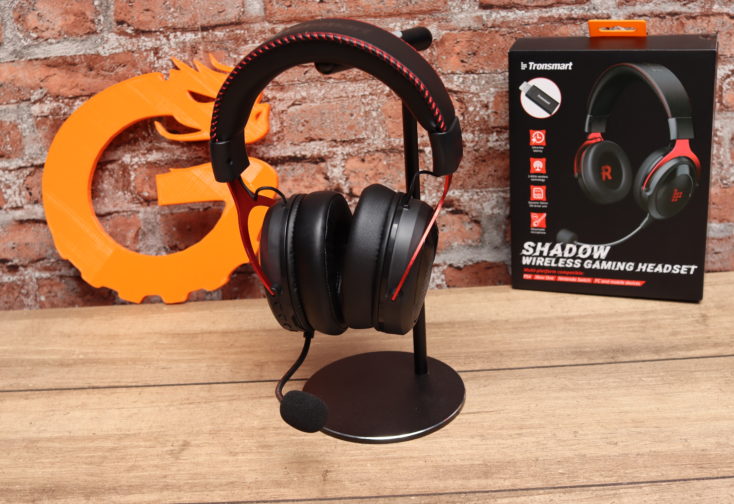 The basic things can be found in the scope of delivery of the Tronsmart Shadow. The following contents are in the box: 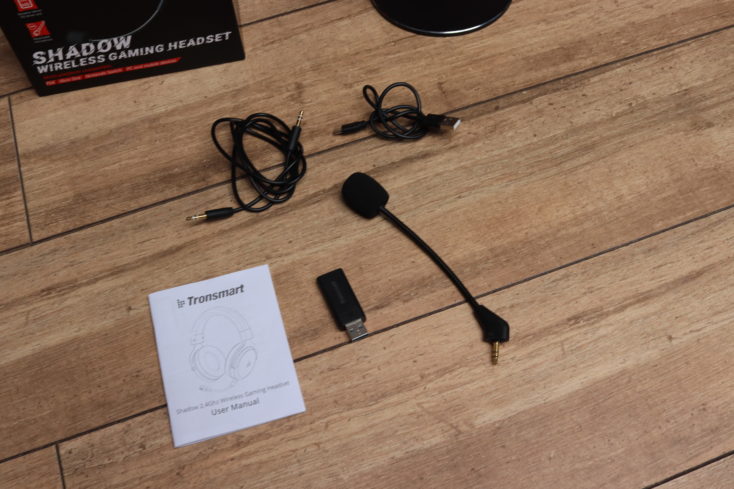 That said, the 3.5 mm jack cable is a bit short at 1.10 m for wired use, as many will probably need a longer cable for this. However, most of the time you use it wirelessly anyway, so the whole thing isn’t that tragic.

The design is based on the popular HyperX Cloud headset and is more or less a copy. The typical red and black design is also available in a blue and black version. If you often have a permanently installed microphone, it can be unplugged in the Tronsmart Shadow. This works via a regular 3.5 mm connection. In theory, you should also be able to plug in a similar microphone from another manufacturer, but we unfortunately didn’t have a sample model. 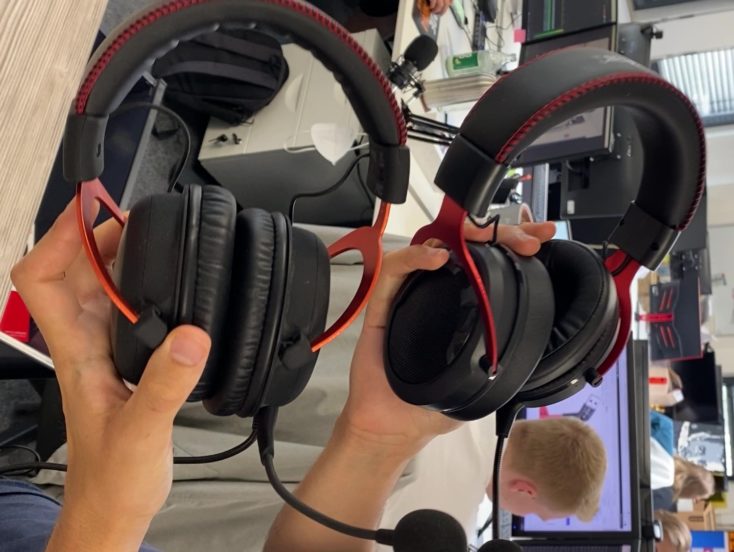 However, it is not a cheap copy, because the headset has a sturdy metal frame, comfortable ear pads and high-quality plastic. I would have actually expected less here and am positively surprised. The build quality of a Logitech Pro X might be a bit higher, but Tronsmart’s performance is quite decent. 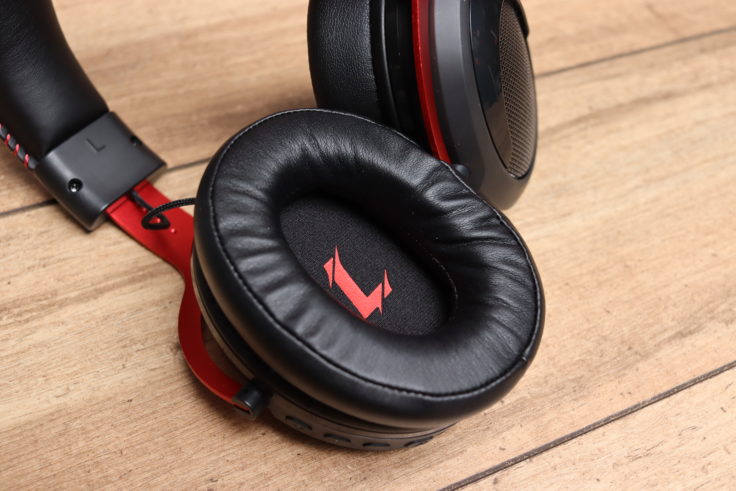 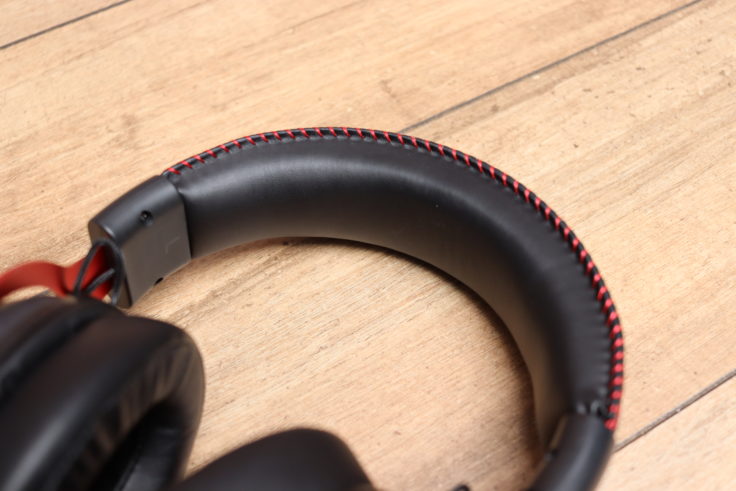 In the gaming headset category, many manufacturers unfortunately don’t put too much emphasis on the quality of the sound. The Tronsmart headset is also not a superb sounding headset for its product category. The headphones are clearly tuned for bass, as mids and trebles tend to take a back seat. However, a certain three-dimensionality is given, so that the direction of shots or steps can be located well in shooters. If you are primarily looking for wireless headphones and not a gaming headset, you will probably be happier with Bluetooth headphones like the Soundcore Life Q30. 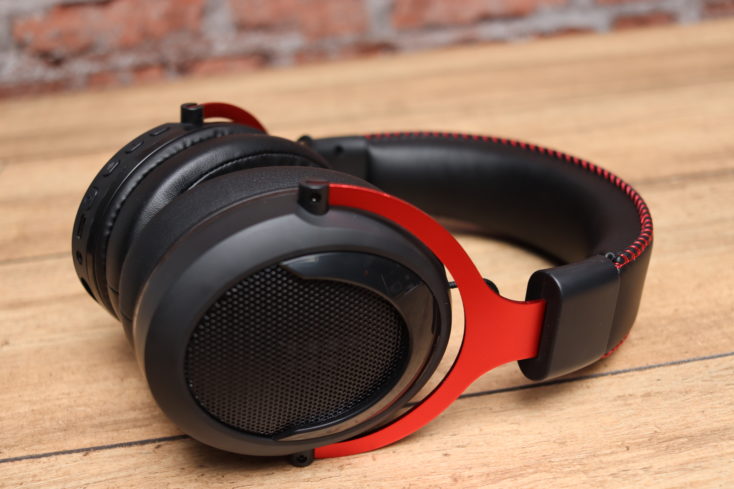 Our model has one very small flaw in any case; you can hear an electronic noise very easily in silence. This could be a problem with our model or a general one. With some background noise, you won’t hear this either, but for those who are sensitive to such things, here’s the information.

One point where many headsets fail is the microphone quality. Especially wireless headsets unfortunately suffer from it far too often. The quality of the Tronsmart Shadow is not earth-shattering and definitely not on the level of a studio microphone, but for a $70 headset really more than okay.

There are a few buttons on the left ear cup of the headphones. You can adjust the volume via two buttons, a button mutes the microphone and the obligatory power button is also present. 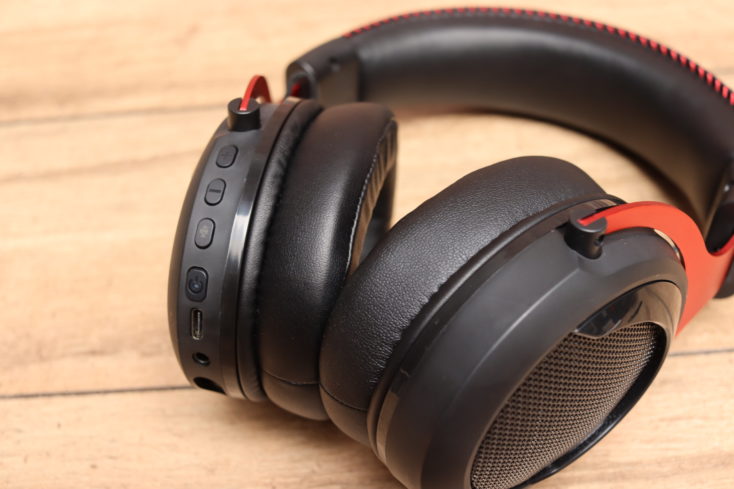 Except for their position, the buttons are difficult to distinguish, which is why you cannot always recognize them directly. Some haptic differentiation of the buttons would have helped a lot here.

The headset is connected via a USB-A stick, which you have to insert into the respective device. The headset establishes a wireless connection via this, which results in a low latency. 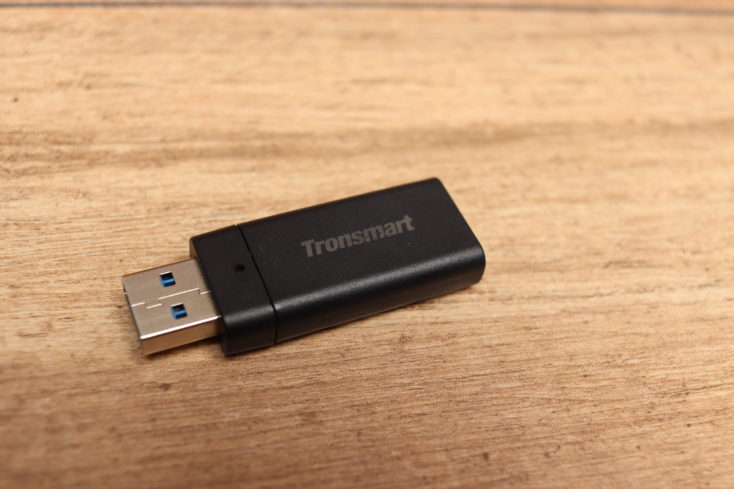 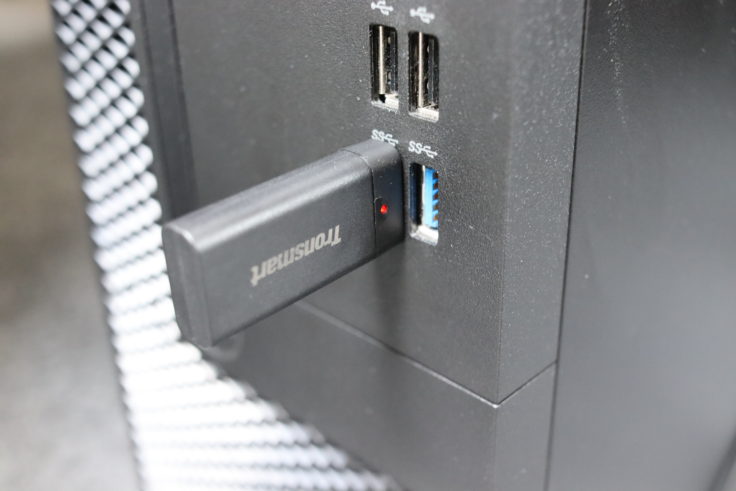 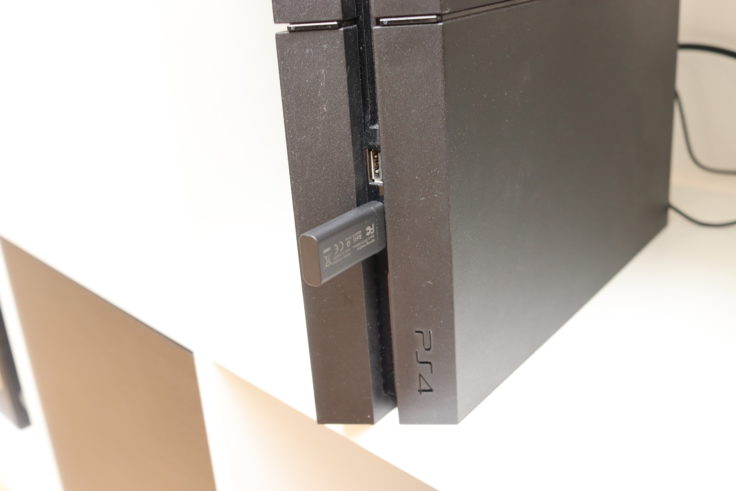 In an exemplary fashion, the Shadow uses a USB-C cable for charging. That is also a good thing, because the included charging cable is definitely too short for simultaneous use and charging. Thus, you can simply order a longer cable or, in the best case, still have one lying around. It might be worth considering including a longer cable for the next version. 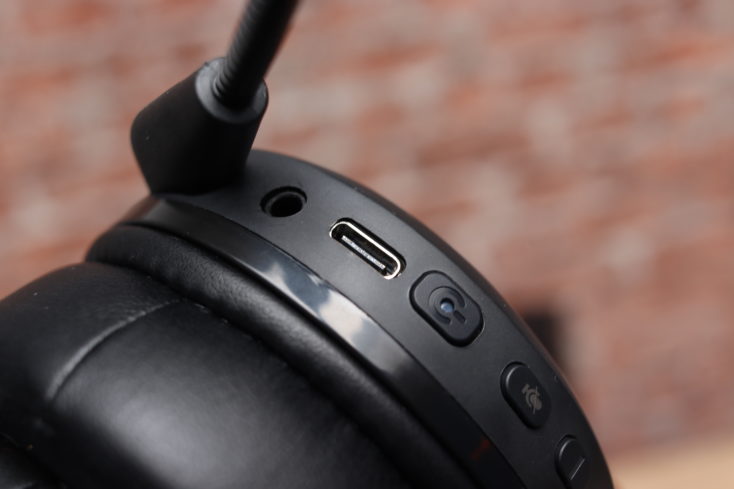 The battery life of the Tronsmart Shadow is supposed to last up to 12 hours, so even if it gets longer, there should be enough battery.

In the last few years I was often asked by friends which headset they should buy. One wish was often a wireless version and I never had a good answer for a cheap headset. The numerous Logitech models broke down within a year and the Corsair headset I tested was really not impressive in terms of microphone quality.

Tronsmart can certainly make improvements to the Shadow, but you get a solid headset for a price of $70, where the other participants’ ears don’t directly fall off in the voice chat. The headphones themselves are okay, but not great. However, I have definitely heard worse sound quality in the price range of headsets. It is also good that even the new PlayStation 5 works with the headset, although it is not specified as compatible by the manufacturer.

For me, the combination of price and performance is really good here and I can only recommend it if you are looking for a wireless headset. If you still improve the sound quality with a Shadow 2 and eradicate some flaws, it would be even better.

Which headset do you use and does a headset have to be wireless?