0 Kommentare February 6, 2018 by Maike
Hey, guys! Just a heads up: The linked offer is already a bit older and the price of the gadget might have changed or it might not be available anymore.
Along with the fidget cube and fidget spinner, the Chinese have the next mini-sample for restless hands: the tumble toy, a rod with weights inside of it. Of course, it is not so good for meetings but it is certainly a good training for eye- hand coordination and you’ll have lot of fun!? 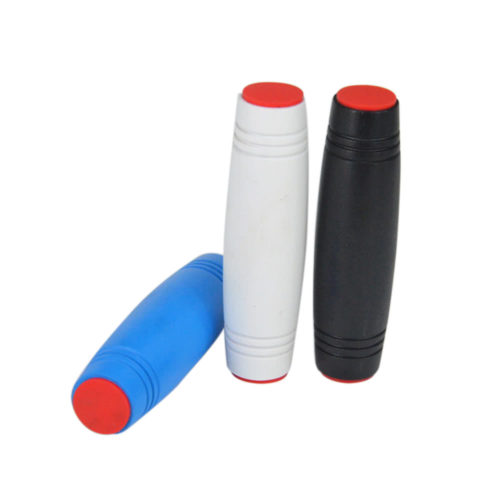 Originally the toy comes from Japan and is known under the name Kururin. How strange the movement will look like: there is no hidden trick or moving element inside. Only the gravity (or a small push) and the shape of the body provides the movement so that the toy “rolls” over the curved longitudinal side and re-establishes itself.

Enough theory. In practice it turns out that it takes quite a long time to master the technology. The easiest is the simple or double overlap, for which you simply give the upright tumble toy a push (with the flat-lying hand) and catch it again just like this:

There are many different tricks you can perform with the tumble toy, such as a flip in the square.

Or in the triangle.

If you want to call yourself a real tumble toy king, use five pieces with one hand!

All beginnings are hard – our experiences with the gadget

On the GIFs it looks like quite fun, in reality the tricks does not succeed at the first time. The simple / double overlap you get quickly, however, until now I have not succeeded to create it easily several times in a row. Errors sneaks in again and again. That would not be the problem, because for cool tricks it would be worthwhile to practice and invest time. Unfortunately, even difficult combinations like the simultaneous operation of several tumble toys do not look really spectacular. Yes, the movement is unnatural and provides for curious looks, but after the fourth or fifth time it ends. 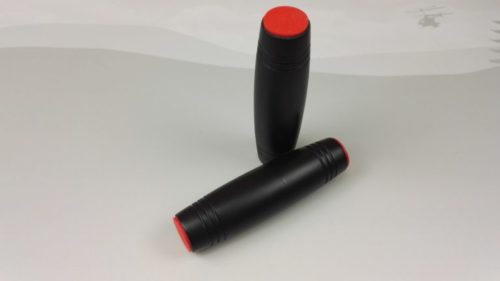 The real reason it has no chance against the Fidget Spinner or to be the next big hit, is the service. It necessarily needs a (smooth) underlay which almost excludes the use it outdoors. Waiting for the bus, chilling in the park or on the sofa, you can hold a Fidget-Spinner or -Cube in your hand. The second problem: on wood the tumble toy is unfortunately not particularly quiet . Especially, when your technique is not perfectly mastered, it clatters loud and clear audible through the room, not to mention falls and failures.

It does not sound very inspiring, and in fact, this tumble toy is not my favorit compared to the others we tested. This does not mean that it makes no fun but it is a problem if you can not create a real hype. Unfortunately, the fact that you need a base, as well as the loud noises make it no better.

In my opinion, it is most suitable as a toy for children, and to my knowledge, it was originally the idea. The processing is good, the surface is smooth and the rubber sticks glued on top and bottom. For little ones, who want to experiment with physics and does not care if their toy is suitable for a YouTube hit, it is certainly a nice occupation. Everyone else will find alternatives among the countless fidget gadgets.