2 Kommentare June 28, 2018by Thorben
Hey, guys! Just a heads up: The linked offer is already a bit older and the price of the gadget might have changed or it might not be available anymore.

The name says it all. Even though the “X” has a premonition in its name, the design of the new Ulefone X confirms this impression. The iPho… Ulefone X seems to be a bold copy of the current Apple flagship, but still offers interesting features for this price. 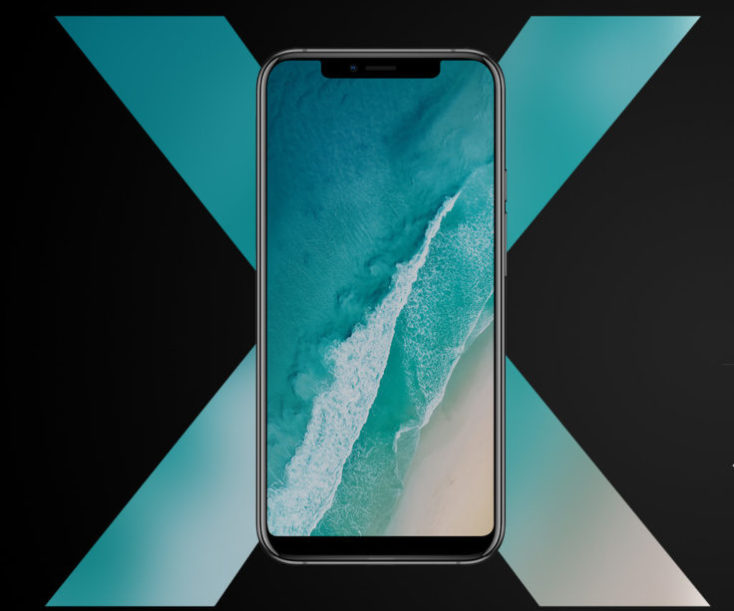 Of course Ulefone is not the first and not the only company to use the Notch design of the iPhone X. No, Honor, OnePlus and most recently the Xiaomi Mi 8 also come with Notch display. That’s why you can’t blame Ulefone at all. The 5.85 inch display indicates the size of the device. With dimensions of 150.93 x 73.41 x 9.05 mm, this is relatively large and can be roughly compared with the Xiaomi Mi Mix 2S (except for its thickness). Of course, the notch, which is admittedly relatively large, is striking and houses the front camera and sensors. 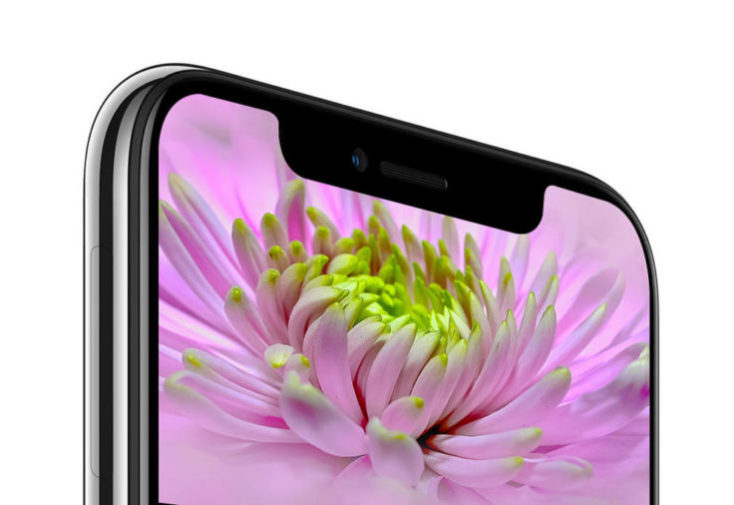 On the back, the dual camera is eye-catching, which is arranged vertically as in the original. The fingerprint sensor is also located in the upper third of the glass back. On the front side there would be no room for this due to the relatively thin but visible screen border. With a weight of 217 g, the Ulefone X is just under 40 g heavier than the iPhone X. But thanks to the rounded corners and the overall very “round” design, it should fit comfortably in the hand. 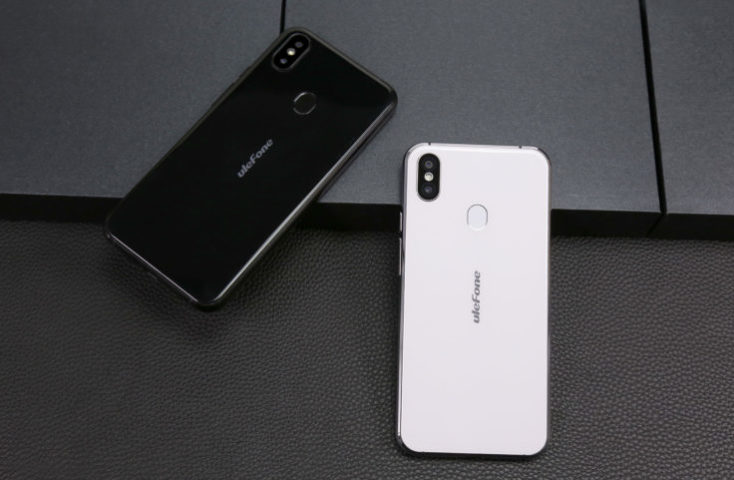 An indicator of the significantly lower price category is the display. This extends in an 18.9:9 aspect ratio and should take up 91% of the front, but only in HD. This means that 1512 x 720 pixels should pamper the eye; experience has shown that a low resolution with such a large display is rather a negative aspect. 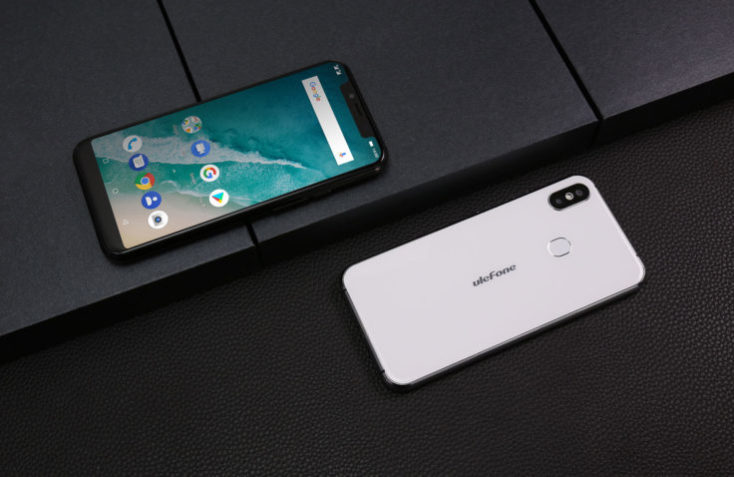 Ulefone remains true to itself

Ulefone takes the proven approach with the hardware. The Helio P23 processor used here is already in use in the Ulefone Power 3 and Ulefone Power 5 and that is certainly not a bad choice, after all it is an energy-efficient processor with a maximum clock frequency of 2 GHz. The CPU is absolutely sufficient for all everyday applications and also somewhat more energy-saving than the somewhat stronger Helio P25. 4 GB RAM and 64 GB internal memory are available as standard. 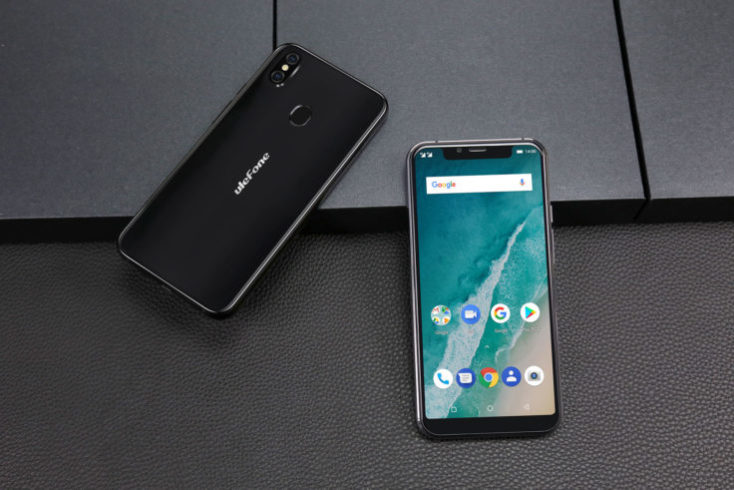 One thing is clear, besides the performance, the camera won’t be able to keep up with the iPhone X either. Although the Ulefone X is also equipped with a dual camera, the primary Sony IMX 135 sensor with a 13 megapixel resolution is only useful. We do not expect much added value from the secondary 5 megapixel camera. This is joined by an 8 megapixel camera on the front with an aperture of ƒ/2.4, which should shoot absolutely sufficient selfies. 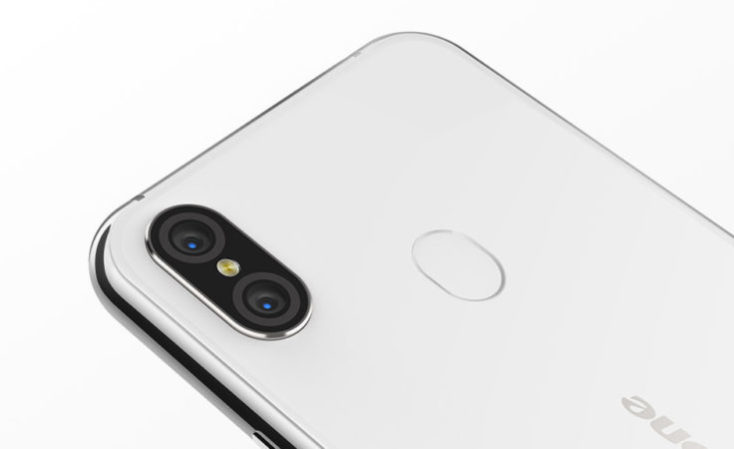 The Ulefone X is equipped with a 3,300 mAh battery, which can be charged with 7.5 W maximum. You can also charge your phone wirelessly, but the charging power is limited to 5W. That’s why Ulefone also relies on the back of the glass.

The Ulefone X doesn’t offer the strongest hardware, but a few nice extra features that should make the smartphone more interesting. Besides the possibility of wireless charging, the Ulefone X can also be unlocked with your face. Incidentally, it goes without saying that the manufacturer also uses a fingerprint sensor. There is also a hybrid SIM slot again, so using two SIM cards simultaneously is no problem if you can do without additional memory. There is also 802.11 a/b/g/n Dual Band Wifi, Bluetooth 4.0, GPS and GLONASS. You have to get along with Micro-USB, but there is a 3.5 mm headphone jack. 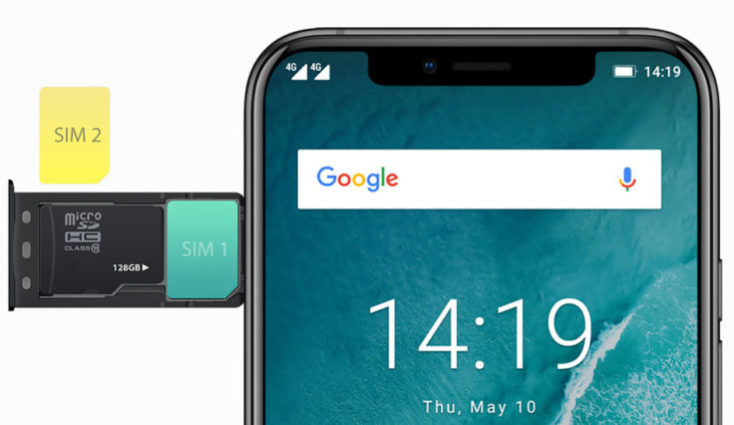 It is also gratifying that Ulefone knows about the qualities of pure Android. Therefore, they always adapt their own devices only minimally and here, too, the operating system seems to be largely untouched. This is also Android 8.1.

With the Ulefone X the manufacturer goes the safe way and brings thereby no bad Smartphone on the market. If you don’t expect a flagship, the Ulefone X offers everything you need, except a good camera, and can shine with features like Qi-loading and Face Unlock. The performance will be absolutely sufficient. Of course you can criticize the design, but you don’t have to. For such an obvious clone, the X looks pretty stylish thanks to the glass back. If you want more performance and better camera results, take a look at the more expensive Xiaomi Redmi Note 5.

Do you think such copies are legitimate or do you wish for more originality from the Chinese?