0 Kommentare June 22, 2018 by Maike
Hey, guys! Just a heads up: The linked offer is already a bit older and the price of the gadget might have changed or it might not be available anymore.

UMIDIGI kept its word and introduced a new Qi charger in May. The UMIDIGI Q1 is advertised as nothing less than the “fastest wireless charger in the world”. 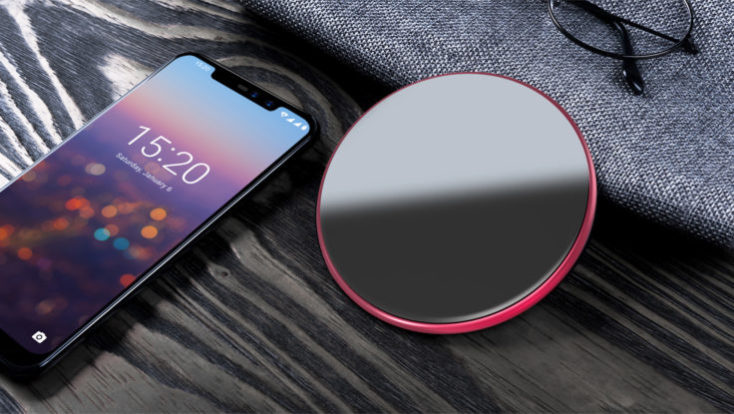 During the launch of the UMIDIGI Z2 it was already announced that they plan to launch their own Qi charger to support the wireless charging function of the new mobile phone. The result is now the Umidigi Q1, which largely complies with the usual optical standards. It is circular and flat with a smooth surface of reflective 2.5D glass on which the smartphone can be placed. What’s interesting here is that the Charger is really very thin, just five millimeters thick, even thinner than any smartphone on the market.

The Charger itself is powered by a USB-C cable and is available in both black and red.

The charging station uses the Qi standard for wireless charging. A total of four modes can be selected: 5, 7.5 and 10 W and the particularly fast 15 W mode. According to Umidigi, the 3550 mAh battery of the Umidigi Z2 Pro is to be fully charged in 100 minutes. This would indeed be a very good value for contactless charging. Other models like the Samsung Galaxy S9 and the Xiaomi Mi Mix 2S can use the 10 W function; iPhone X and iPhone 8 up to 7.5 W.

One of the reasons why wireless charging is not (yet?) gaining acceptance in smartphones is precisely the speed resulting from the low efficiency of inductive charging. Not having to connect a cable becomes less attractive if a) most of the energy is lost and b) charging takes twice as long. 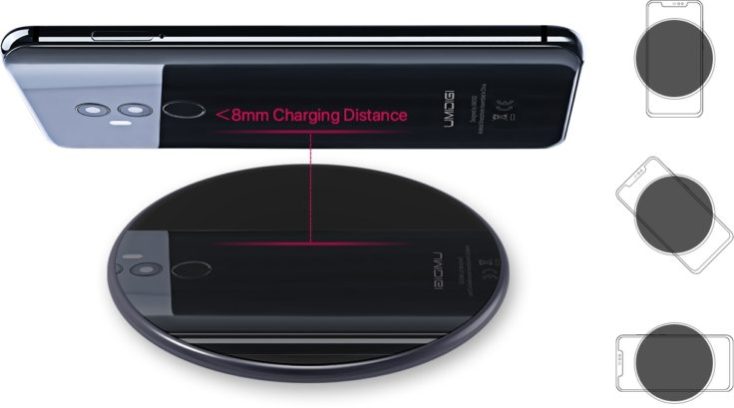 Whether it is the fastest Qi-Charger in the world remains to be seen. In the description of the product on your own homepage you already row back and sometimes only speak of “one of the fastest Qi-Chargers”. Doesn’t sound so great, of course. But the 10 cm long surface offers another nice extra feature: since this side mirrors completely, it can also be used as a cosmetic mirror 😉

Expectations for the UMIDIGI Q1

But if the charger does what it promises, we are prepared to forgive this marketing trick. Finally, the price will also determine whether the UMIDIGI Q1 will become a viable option for smartphone owners with supported Qi standard.

Which of you even owns a smartphone that supports the Qi standard? Do you long for a fast charger, or don’t care about wireless charging?