0 Kommentare August 1, 2019by Tim
Hey, guys! Just a heads up: The linked offer is already a bit older and the price of the gadget might have changed or it might not be available anymore.

Meanwhile the UMIDIGI Ubeats have arrived and look like Xiaomi headphones. But does UMIDIGI only make use of the design or is the headphone also good for something? That’s what we found out in this review. 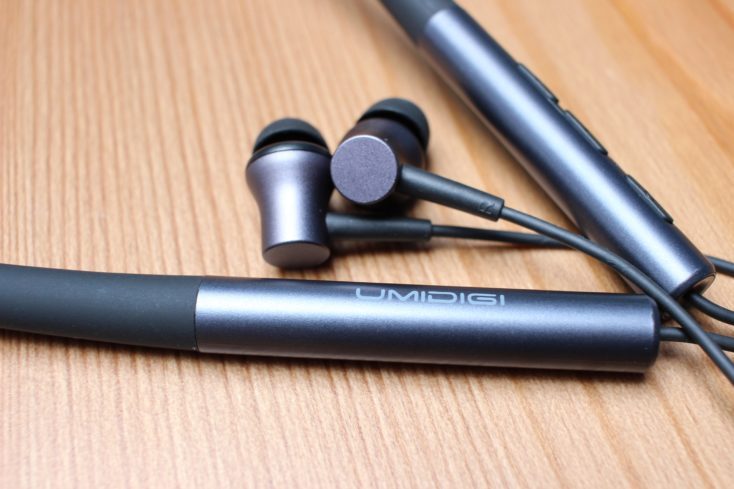 Scope of delivery of the Ubeats

As mentioned above, it appears that Chinese producers are now copying each other. The packaging of the Ubeats already looks familiar and reminds me of the cardboard box of the Xiaomi Mi Neckband headphones. However, the scope of delivery is somewhat smaller than with Xiaomi. While there are three ear pad sizes here, Xiaomi offers one more intermediate size. Otherwise there is not much going on, there is a user manual and a damn short Micro-USB charging cable.

The UMIDIGI Ubeats Bluetooth In-Ear with neckband is kept simple. The neck band is black like the headphone cable and consists of a flexible rubber. It has a diameter of about 5.5 mm and adapts well to the shape of the neck. 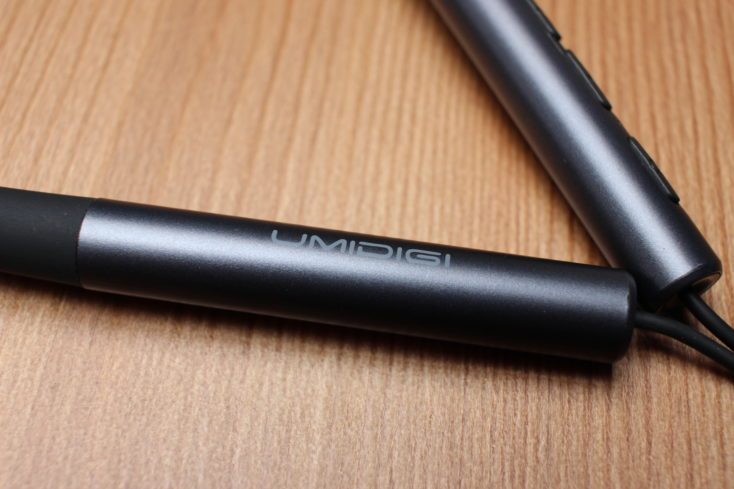 At the left and right end of the neckband there are two rigid plastic elements in dark grey. The buttons and charging connection are embedded on these. The receivers, which are magnetic on the backs, are also held in the same colour. The handsets are also completely made of plastic.

There’s nothing wrong with the workmanship. Despite the cheaper materials, the UMIDIG Ubeats is cleanly processed and has no material defects.

Sound of the UMIDIGI Ubeats

The receivers of the UMIDIGI Ubeats Neckband In-Ears are each equipped with a 10 mm Ø dynamic driver. So no hybrid in-ear like the Xiaomi Mi Neckband headphones. To be honest, I didn’t expect much from a UMIDIGI headphone, but it’s more useful than I thought.

Compared to its Xiaomi counterpart, it is unfortunately a bit less high-resolution in the high-frequency range and doesn’t manage to reproduce the frequency peaks so cleanly. Compared to other dynamic in-ears, however, this is perfectly ok.

In the midrange it is more similar to the Xiaomi Mi Neckband In-Ear. Voices are reproduced clean and present.

In the bass range, the Xiaomi headphones are ahead again. I would have liked a bit more depth here, bass is present, but it seems superficial to me and has only little depth. The sub-bass range is hardly served at all, as Xiaomi convinces with more pressure in the ear.

Even though the UMIDIGI Ubeats can’t quite keep up with the Xiaomi headphones, the headphones offer a well-balanced sound and you can listen to pleasant music. In addition, you should also forget the not inconsiderable price difference, for a Xiaomi Mi Neckband headphones you can buy two UMIDIGI Ubeats headphones.

Headset: Telephoning with the Ubeats

The UMIDIGI Ubeats microphone is equipped with CVC 6.0 noise reduction, which works pretty well in practice. Background noise is hardly audible during our test calls and is reliably suppressed.

However, my conversation partners said that my voice is not quite as clear as when you call directly with your mobile phone. However, it is no problem to follow me in the test, so the UMIDIGI Ubeats are also suitable for longer calls.

In the test I like the wearing comfort of the UMIDIGI Ubeats. In the ear they wear like normal wired in-ear headphones and also the neck ring doesn’t bother me because of the low weight. 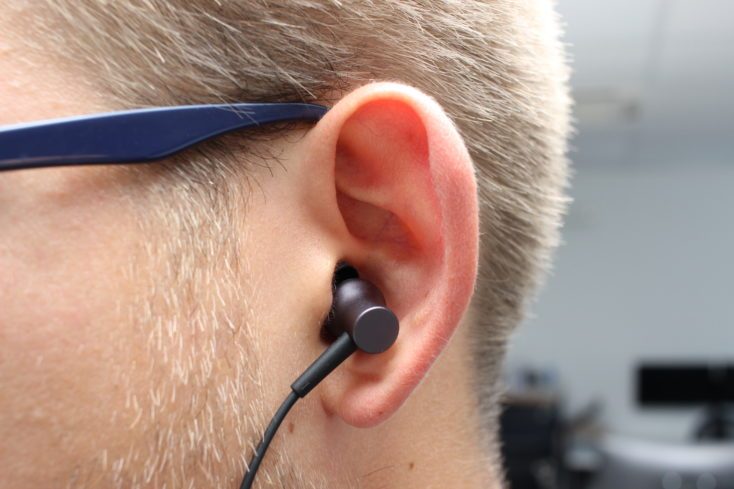 Before the test, I would have guessed that it would jump up and down unpleasantly in the neck while running, which I could only partially confirm in practice. If you really sprint as fast as you can, the neckband could be disturbing. But during normal jogging it didn’t affect me.

The UMIDIGI Ubeats could also be an alternative to the completely wireless version for the gym. However, the neckband slips when lying down.

On the left side of the neck ring three control buttons are installed as usual, which are assigned with double functions. 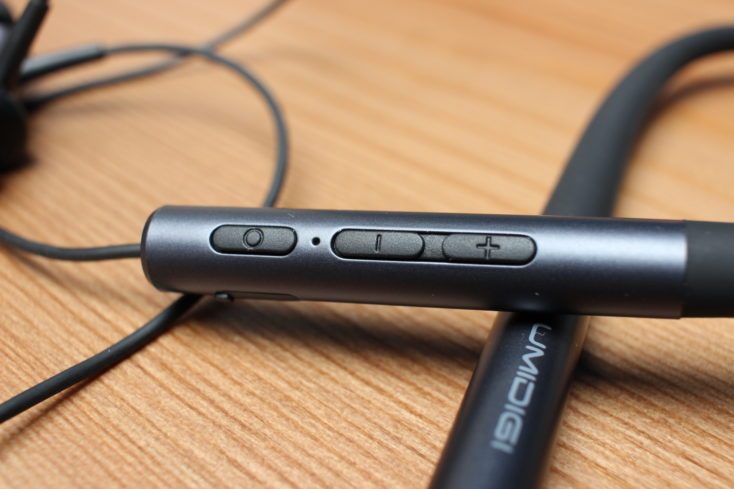 In the test all functions worked without problems. Unfortunately there is no possibility to switch on the language assistant of the smartphone with the UMIDIGI Ubeats.

Pairing is as simple as usual. To do this, the power button must be pressed continuously after switching on until the headphones play “pairing”. The headset can then be found in the Bluetooth devices of the smartphone.

With a 140 mAh battery, the battery life should be roughly comparable to that of the Xiaomi Mi Neckband headphones. In the test at a volume of 50%-70% the battery lasted for about 9 hours listening to music, in my opinion a solid value.

However, UMIDIGI states up to 12 hours battery life, which unfortunately we couldn’t confirm in the test. The recharging process took about 90 minutes, but here the calculation with UMIDIGI’s manufacturer’s specifications works out.

If you are looking for a comparatively inexpensive Bluetooth in-ear headset with neckband, the UMIDIGI Ubeats are the right choice for you.

In terms of sound, it can be placed in the midfield. Compared to the Xiaomi Mi Neckband In-Ear there are a few deficits, moreover the design was taken over quite brazenly by Xiaomi. The materials used are also of lower quality.

Especially the huge price difference is, compared to the Xiaomi version, again a huge plus point for the beats. How would you decide?