2 Kommentare January 15, 2021by Thorben
Hey, guys! Just a heads up: The linked offer is already a bit older and the price of the gadget might have changed or it might not be available anymore.

In the meantime, Xiaomi has commented on the accusations and announced appropriate measures. We have added the statement to the article.

As Reuters reports, the Trump administration has blacklisted Xiaomi, one of the world’s largest smartphone manufacturers, shortly before the end of its term. Is Xiaomi now facing the fate of Huawei? 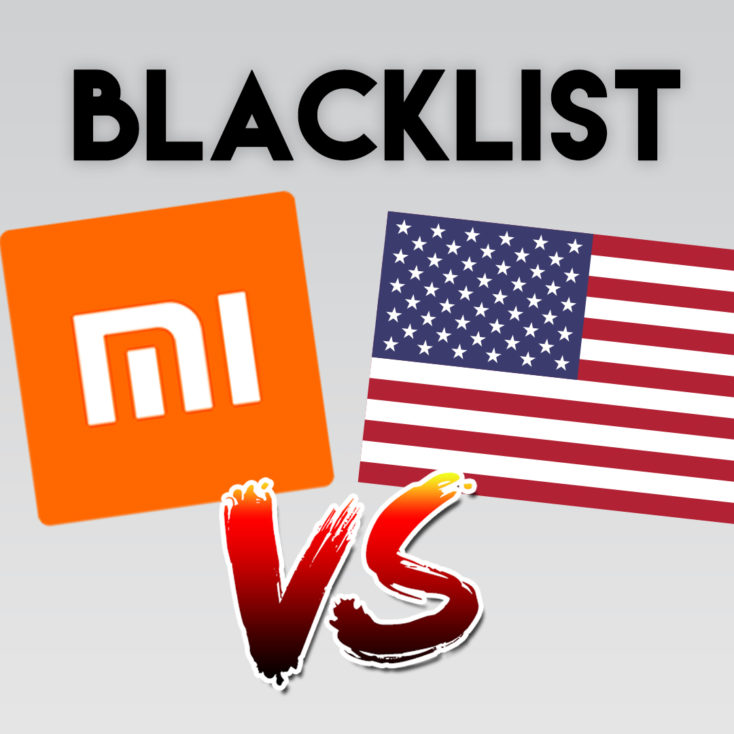 What does the blacklist mean for Xiaomi?

The U.S. Department of Defense classifies Xiaomi as a “Communist Chinese military company,” meaning a “communist” company that works with the Chinese government. We remember Huawei, which also ended up on the blacklist and is still not allowed to work with US companies like Google or Qualcomm. Since then, Huawei smartphones have to appear without Google services. In fact, Huawei has additionally also landed on the “Entity” list, a blacklist that prohibits trading with foreign companies.

So far, this does not apply to Xiaomi. For one of the largest smartphone manufacturers in the world, the blacklisting means that U.S. companies are no longer allowed to invest in Xiaomi. Companies that have already invested must also sell their shares by Nov. 11, 2021. However, that doesn’t rule out the possibility that Xiaomi might not still end up on the said “entity” list as well. Those who own Xiaomi shares may have noticed that the stock has dropped over 10%. This should be classified as a logical consequence with such an announcement.

Xiaomi is not the only Chinese company that is now subject to this investment ban. Aircraft manufacturer Comac and seven other Chinese companies have also been blacklisted. Drone manufacturer DJI was also recently added to this list.

That came quickly. Only a few hours after the blacklisting of Xiaomi by the US became known, the smartphone manufacturer spoke out, but so far only in Chinese. In the official statement, the company states that it has now been added to the list according to Article 1237 of the National Defense Authorization Act. However, the company also asserts that it has “always complied with the applicable rules and laws” and that all “services and products are intended for commercial use only”. Furthermore, the company confirms that, contrary to the accusations, it does not cooperate with the Chinese military or is even controlled by it. They have also announced that they are taking appropriate measures to protect the interests of the company and investors. 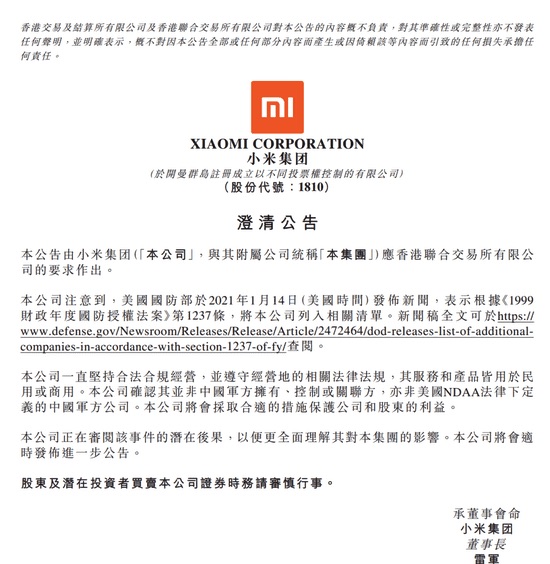 So after Huawei and DJI, Xiaomi is now on the blacklist, meaning some of China’s biggest tech companies are now affected. For now, however, nothing should change for us as consumers. It is currently difficult to predict how the Biden administration will deal with the Chinese companies and whether the measures will be tightened. However, we doubt that the lack of US investors could mean immense economic damage for Xiaomi. The Chinese government alone has been helpful in the example of Huawei and partly bought the subsidiary in a consortium.

What are your thoughts on this blacklisting of Xiaomi?