7 Kommentare May 8, 2019by Thorben
Hey, guys! Just a heads up: The linked offer is already a bit older and the price of the gadget might have changed or it might not be available anymore.

Last year Vivo generated a lot of attention with the Vivo NEX Ultimate. Now they also want to attack the middle class. With the Vivo S1 Pro you position a strong smartphone which offers slightly better specs than the Vivo S1 which was introduced in March. 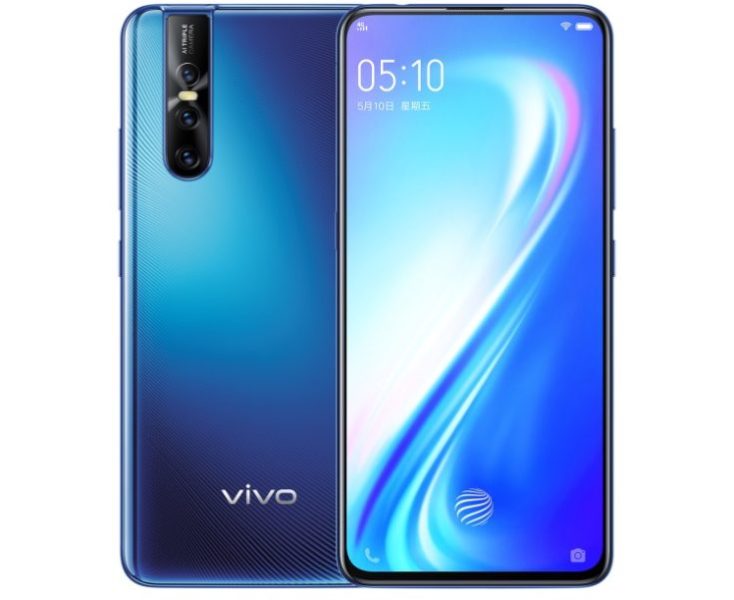 Vivo sticks to the pop-up camera

Since the S1 Pro is based on the S1, the design is of course very similar. However, the display diagonal is slightly smaller, at 6.39 inches it is just as big as a Xiaomi Mi 9 for example. Vivo also uses an AMOLED display with a FullHD+ resolution of 2340 x 1080 pixels in a 19.5:9 aspect ratio.

The Vivo S1 Pro achieves a screen-to-body ratio of more than 91%, after all, there is no notch. The front camera is housed in a pop-up camera. In other words: the front camera moves out on the top side when it is needed. With this concept Vivo attracted public attention with the NEX last year, even though there is justified criticism of this concept (keyword: mechanics). 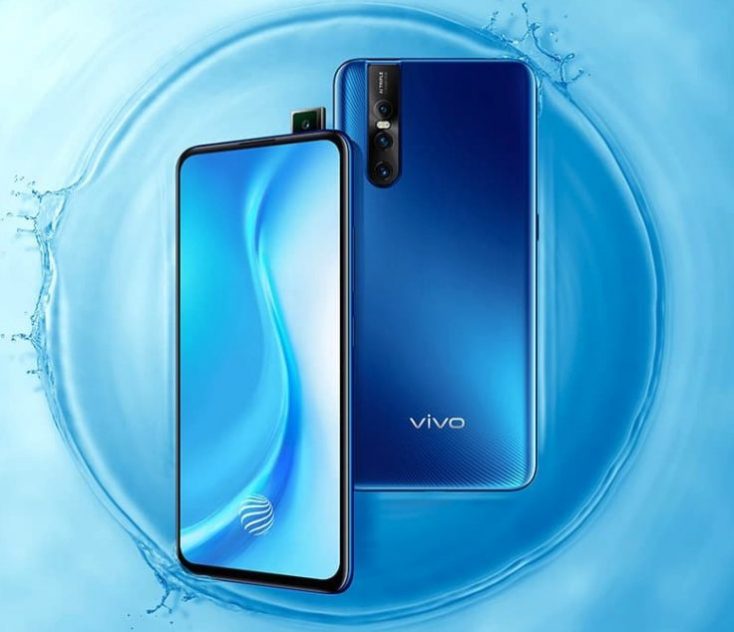 On the back, the triple camera immediately catches your eye, which seems to be seamlessly connected to the pop-up camera. The dimensions of 157.25 x 74.71 x 8.21 mm and the weight of 185 g are definitely fine for a mobile phone of this size, after all, you also install a glass back.

The biggest difference between the two S1 versions lies in the hardware. The “normal” Vivo S1 is equipped with the Helio P70 from MediaTek, the Vivo S1 Pro gets the more powerful Snapdragon 675 processor with a clock frequency of 2 GHz. In addition there is either 6 GB RAM and 256 GB memory or 8 GB RAM and 128 GB memory. A strange configuration, if you ask me.

The triple camera on the back of the camera I just mentioned is unfortunately not equipped with three different focal lengths. The main sensor is – once again – a 48 Megapixel camera with ƒ/1.78 aperture and an ultra wide angle camera with 8 Megapixel resolution. The third sensor is only a depth sensor with 5 megapixel resolution, which should collect additional image information for portrait photos. The front camera in the pop-up mechanism is very high-resolution with 32 megapixels. 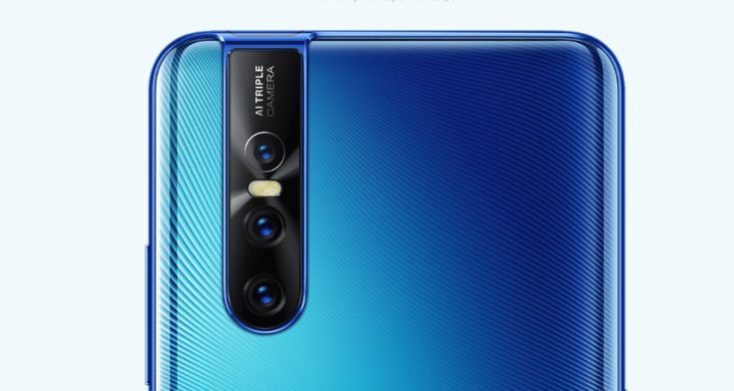 The whole thing is powered by the 3.700 mAh battery, which is averagely large and should provide an acceptable battery life. The battery benefits from the AMOLED panel and the relatively energy-efficient processor.

Not (yet) for the West

It’s very strange that the Pro version doesn’t even have USB type C, NFC isn’t on board either. This does not do justice to the “Pro claim” in our eyes. The fact that Bluetooth, Dual Band WiFi, OTG and GPS are not to be emphasized at this point was to be expected.

It was also to be expected that the Vivo S1 Pro would initially be intended for the Asian market. A global version would certainly be conceivable, since there are already several global versions of Vivo smartphones, but so far there is no information on this.

The operating system used is the FunTouch OS interface typical for Vivo, which is quite reminiscent of iOS but based on Android 9.

If you ignore the positioning on the Chinese market, the Vivo S1 Pro confuses me a bit. I like the processor choice, as well as the display, battery and memory configuration. The camera also sounds promising

But then there’s not even NFC and no USB Type-C? Why? For the current price, we simply expect this in 2019. That’s why I think the Vivo S1 Pro is still a bit too expensive, but if it falls to an acceptable price it would be an exciting competitor to the Xiaomi Mi 9 SE.

Should we try to get a test copy or do you think we can skip the S1 Pro?