0 Kommentare October 8, 2021by Jens
Hey, guys! Just a heads up: The linked offer is already a bit older and the price of the gadget might have changed or it might not be available anymore.

Unfortunately, the Wanbo Mini Beamer is only available with the EU plug. However, shipping outside the EU is possible.

Yes, Wanbo really calls this projector “Children’s Projector”. So is it a model for children’s rooms, does the design only hide the below-average performance and is the projector still a good deal for under 80€?

The characteristics of the projector are quickly summarized. 200 ANSI lumens brightness and especially the resolution of only 480p are below average values. The “Full HD support” is advertised on all graphics, but that only means that such videos can be played back. Of course, only the beamer’s native 480p are displayed. However, that can be sufficient depending on the intended use. This is not a beamer for blockbuster cinema, but perhaps for children’s series. Fortunately, I have not yet heard six-year-olds say: “Sorry, but I just can’t watch anything below 4K anymore.”

The question is rather, does it really need a projector in the children’s room? I would say no. Smartphone and tablet are already under the Christmas tree more and more often, even for younger children. Whatever your opinion, I see more potential in both than in a projector, which only works when I connect another device. And unlike a TV, it can hardly be used during the day. 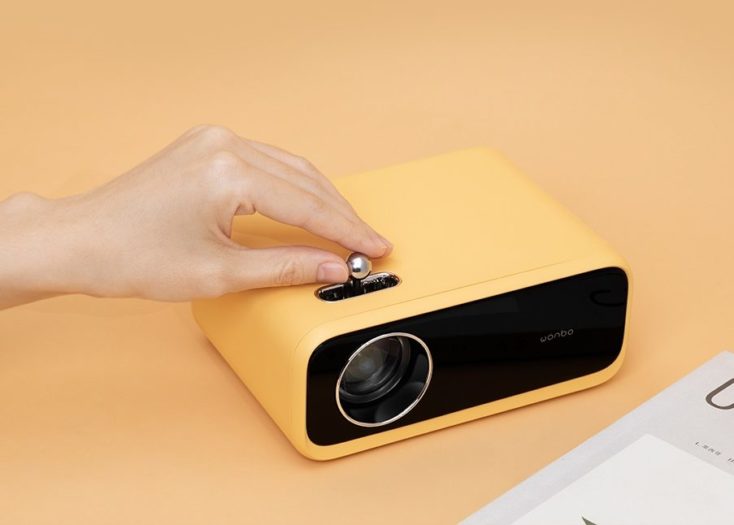 Of course, the beamer does not have to be in the children’s room. Perhaps one or two adults will also like the design. And demands are quite different, 480p are not completely unenjoyable, but just miles behind what you could have for a bit more money.

The speakers with a power of 3 watts should provide average beamer sound quality. The fan’s volume is stated at around 30 dB, which would at least be a good (because relatively low) value.

My personal opinion: I wouldn’t buy a projector with a lower resolution than Full HD anymore. 480p is already very low and a Full HD projector doesn’t cost that much more. For example, we already had the T2 Max from the same manufacturer here, which is also consistently available for under 150€. In addition, shipping is currently still done from China (not from Banggood’s EU warehouse) and you probably only get an adapter to the Chinese power cord. However, you will probably be able to use any cable with a C7 plug, so you might have one at home. And the fact that the projector looks “somehow quite stylish” doesn’t get me either, yellow is not my color either 🙂 .

Your opinion? Do 480p projectors still have a right to be there, and what are they used for? Or do you no longer need it anyway with your 80 inch TV?